The U.K., radical Islam and the Darren Osbornes among us 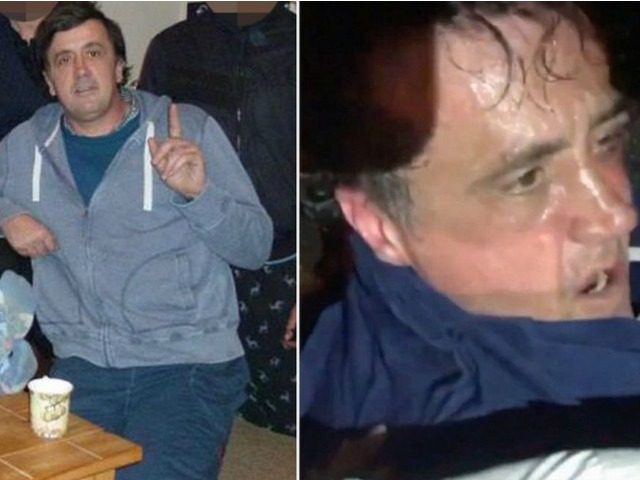 Perhaps the only surprising thing about the attack on the Muslim congregation outside the Finsbury Park mosque in London is that it took so long to happen.

For six years, until 2003, the mosque was the base of the most notorious Muslim cleric in Britain, Abu Hamza, who preached undying hatred of the West (while taking its Social Security). And although the mosque has reformed since his departure — he is now serving a life sentence without parole in the U.S. — it is still associated in the minds of most people in Britain with the kind of Muslim extremism that has led to the recent rash of terrorist attacks in Manchester and London.

People of all types are to be found in a population of many millions, from criminals to saints. And first reports of the perpetrator of the attack, a man called Darren Osborne, suggest that he was the kind of uncouth, violent drunk who are so numerous in contemporary Britain, and are to be seen by the score in every British town and city on Friday and Saturday nights.

There are many other potential Darren Osbornes in Britain, and it has often occurred to me when I have observed them how dangerous they would be if they had a cause to believe in, such as killing Muslims. Muslim terrorists are therefore playing with fire on behalf of their co-religionists: not, of course, that the terrorists would be averse to such a conflagration.

The immediate response of the British political elite to Osborne’s criminal act has been instructive. The first reaction of any British politician to any untoward event nowadays is to shed crocodile tears. Theresa May, the Prime Minister, went straight into her T&P mode: that is to say, her Thoughts and Prayers. She has had to do so much thinking about and praying for victims recently that she must have had little time left over for affairs of state, which perhaps accounts for the mess she is making of them.

As for the leader of the opposition, Jeremy Corbyn, whose largeness of heart was until quite recently demonstrated by his understanding for almost any terrorist so long as he was sufficiently anti-western or anti-British, he could hardly contain his emotion (once he knew the cameras were upon him) at the thought of this atrocity. His emotions seem to have been under better control after the Manchester bombing and the attacks in London.

The mayor of London, Sadiq Khan, spoke after the attack in Finsbury Park of “our shared values of tolerance, freedom and respect.” This, of course, is something of an evasion, even if it is not meant dishonestly: For if our values were shared, there would be no problem. It is precisely because, in important respects, our values are not shared that there is a problem.

I am no Muslim theologian, but Islamic extremists can hardly be blamed for concluding from their religious belief that neither western societies nor western governments are legitimate. Their position is not illogical, given its premises. God, not man, is sovereign; the Koran is the word of God; therefore all that is not derivable from the Koran, or is opposed to it, is evil in the sense of being against God’s sovereignty. Only God has the right to be obeyed; and if he says kill, then kill we must.

This is not a recipe for tolerance, to put it mildly, any more than Lenin’s “What Is to Be Done?” is a recipe for parliamentary democracy. People who think that religion is or ought to be confined to the private sphere have difficulty in accepting that there may be large numbers of people in their midst who believe otherwise, some of them even prepared to act on their religious beliefs carried to their logical (but mad and evil) conclusions.

Of course, Darren Osborne was hardly reacting against an Islamic view of sovereignty and its practical consequences. He almost surely did not have thoughts of political philosophy in his mind when he ploughed his hire van into Muslims outside Finsbury Park mosque, but hatred and an incoherent notion of group revenge: an atrocity for an atrocity, as it were. But he probably could not tell his Koran from his Corona, his Hadith from his Hoegaarden.

By his cruel, stupid and criminal action, he has given succor to those who would like all criticism of Islam to be treated as a kind of phobic disorder, akin to fear of spiders or mice, that is to say a disease of the mind.

The day after Finsbury Park, there was another attempted attack on a policeman on the Champs Elysées in Paris — and not by, or because of, the likes of Darren Osborne.

PrevYes, It Is All About Islam
Great AgainNext