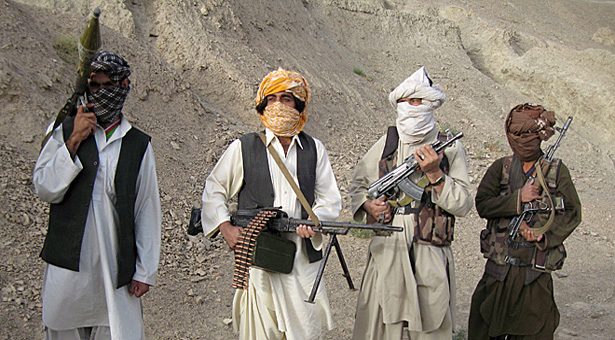 Ever since Alexander the Great in 330 B.C. tried to subdue the area of Afghanistan and encountered resistance, the area has been either the graveyard of empires or the highway of conquest. Britain fought three wars there in the 19th and early 20th centuries, suffering heavy losses. The Soviet Union invaded and was drawn into a 9 year struggle, 1979-1989, against the mujahideen, losing 13,000 before withdrawing.

This Soviet venture had three consequences. One was that it was a contributing factor to the fall of the Soviet Union. A second was that it led to the rise of jihadist groups, especially the Taliban, al-Qaeda, and the Haqqani network. Afghanistan is still full with warlords and tribal groups. A third result was that opium cultivation increased: the increase in production was more than 10% in 2016.

Since October 2001 when US and British forces launched air strikes, the US has been involved in combat operations in the struggle against Islamic terrorism in Afghanistan for almost 16 years. The task confronting the US is neither enviable nor easy, as it faces the Taliban, the Haqqani network, the guerrila group using asmmettical warfare against the U.S., ISIS-K and al-Qaeda. The war is one of the longest wars in which the US has been involved, and has cost the lives of 2,400 and 20,000 wounded.

The US at present has more than 8,400 troops in the arena: the plan of President Barack Obama to reduce the number was nullified as a result of the Taliban offensive. According to General Joseph Votel, Chief of U.S. Central Command, the war has settled into a stalemate, and it will need additional forces to make it more effective for the US.

The U.S. Congress has already appropriated $115 billion for reconstruction of Afghanistan, more than the cost of the Marshall plan for the reconstruction of post-World War II Europe, as well as more than $60 billion to train and equip Afghan troops. Because of corruption much of that money has been wasted.

The problem for the U.S. has deepened with recognition that ISIS is not only in the Middle East, but is active and has a foothold in the Afghan area, having created an organization from Taliban members disillusioned with their leaders, and people from surrounding areas, primarily Pakistan, Chechnya, and Uzbekistan. Isis, the spearhead of Sunni militancy, and Taliban don’t work together though they have common enemies. They are not allies, nor are they even in numbers. ISIS is estimated at anywhere between 700 and 1500, while Taliban with 25,000 associates controls about a third of the country. But ISIS pays its adherents, a meaningful and attractive act as about 40% of Afghans are unemployed.

ISIS has been active, using explosive devices, bunkers and a tunnel complex carved into a mountain that it uses to stage terrorist attacks. It becomes more appealing to disgruntled Muslims with each successful attack. Most of these attacks are in the Nangarhar province where the U.S. is conducting counterterrorism operations.

Isis-K has been linked to a number of  attacks; they have included outside the Supreme Court in Kabul in February 2017, the Hazara Shia Muslim minority, the killing of Red Cross employees also in February 2017, a Shia mosque in November 2016, and bombing in the main military hospital in Kabul where ISIS terrorists, disguised as doctors, killed 30 people. It is gaining strength in the area, with support from people from Pakistani, especially the Orukzai and Afridi Pashtun tribes.

Only a small number of ISIS adherents are Afghan Taliban who switched sides to join ISIS. Some adherents, other than dedicated Islamic fanatics, are attracted by pay, the money they receive coming from the narcotics trade.

On April 8, 2017  ISIS was responsible for the death of a US Special Forces operator who was helping Afghan forces in Achin District in Nangarhar Province. This disrtict contains about 150 poppy growing villages. On April 13, 2017 the GBU-43 MOAB (Mother of all Bombs), the 30 ft. bomb that explodes in the air and sucks out oxygen and lights the air on fire, was dropped on ISIS in Khorasan Province. It had not been previously used in combat.

This was an unusual and unexpected event snce the MOAB, the largest non-nuclear bomb dropped by U.S. military, costs $16 million, and only 20 have been made, originally to confront Saddam Hussein. The strike, regarded by President Donald Trump as a “very, very, successful mission,” is calculated to have killed 95 of the ISIS terrorists.

The stated official reason for the strike is that it was meant to minimize the difficulties for the U.S. and Afghan troops, active in the Achin area, by eliminating ISIS fighters and their facilities that have strengthened ISIS defenses. Commentors have suggested that the bomb was intended to “send a message,” but Trump is uncertain, “I don’t know if it sends a message, it doesn’t make any dfference if it does or not.”

Perhaps a message was intended for another, even more formidable terrorist group. It has come as a surprise and must not be forgotten that al-Qaeda is present and has units in South Asian countries, as well as in the Middle East. One local affiliate is al- Qaeda in the Indian Subcontinent (AQIS) that has existed for at least 15 years, though it was only formally announced in September 2014 by Ayman al Zawahiri, the al Qaeda leader, who declared this was a group that spanned Afghanistan, Pakistan, India, and Bangladesh.

Its ambitious stated objective is to inflame Muslims in those areas, raise the flag of jihad, return Islamic rule to the areas, and empower the rule of Sharia law across the Indian subcontinent. Zawahiri appointed a man named Asim Umar, former commander in the Pakistani Taliban, as leader of AQIS.

The U.S. State Department declared AQIS a global terrorist organization in June 2016. Although AQIS is an unstable group, the US fears at some not too distant future it may strike the West including the U.S. The U.S. had already dealt with it in October 2015 when it raided and destroyed a camp in the Shorabak District of Kandahar Province. There is clear evidence of colloboration between AQIS and the seniot leadership of al-Qaeda. AQIS has been responsible for a number of attacks. The leader, Umar, is responsible for assassinating individuals he regards as blasphemers of the Prophet and insulters of Islamic law.

AQIS has engeged in activities similar to ISIS, creating a vast tunnel complex, caves, and concrete revetments, stockpiling weapons and operating a command center. In any future action the Trump administration must now include AQIS in its target and in the effort to eliminate Islamic terrorism.