The Violence in Our Language 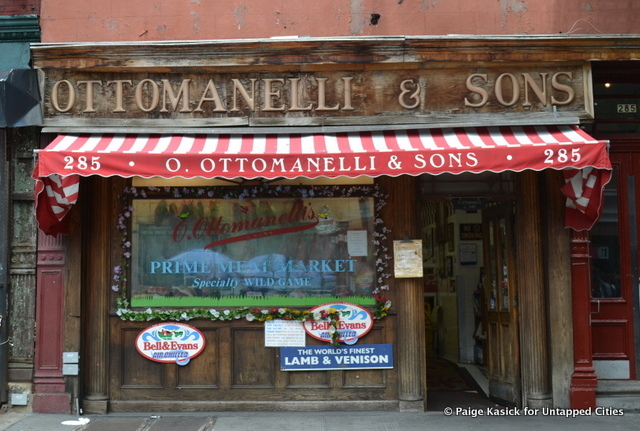 Is the bad-temper manifest in so much contemporary commentary merely a letting off of steam, or is it something more sinister, a prelude, or at least incitement, to violence?

Last March, in the south of France, a Moslem terrorist killed four people in a supermarket, one of them a butcher. Three days later, a militant vegan posted the following message on her Facebook page:

So, it shocks you that a murderer is killed by a terrorist? Not me, I have zero compassion for him, there is such a thing as justice after all.

The writer of these lovely words was later sentenced to seven months’ imprisonment, suspended, for having condoned terrorism, even if the terrorism that she condoned was not in the cause that she favoured.

Should condoning terrorism be a crime? Repellent as condoning it may be, I do not think so. I am not even sure about incitement. After all, everyone is normally held (until proven otherwise) to be responsible for his own acts and it seems to me a poor defence to a wicked deed that someone else encouraged me to do it, even if I was the part of a mob at the time being whipped up to frenzy by a demagogue. There is no better way to infantilise people than to make others responsible for their acts.

I am willing, however, to be persuaded otherwise on this question. I might concede that I am being psychologically unrealistic in expecting everyone to be able to resist the siren-song of accomplished hate-mongers. And if at the time of the Salman Rushdie affair the British authorities had taken a more robust stance towards those who marched through British streets calling for Salman Rushdie’s death, it is even possible that the world might have been saved quite a lot of trouble. The episode pretty clearly revealed how lukewarm or feeble was our defence of free-speech when it was seriously threatened by a determined enemy.

A recent article in the French conservative newspaper, Le Figaro, suggests a chain of causation from the Facebook message mentioned above and the recent spate of attacks by vegans on butchers’ shops in France. They are having their windows smashed or pelted with stones, or been spray-painted with paint resembling blood. The president of the French butchers’ association, said:

Since the attack on the supermarket, we have experience the stoning of our shop windows. The unspeakable statements of a militant vegan following the murder of a butcher at Super U [the supermarket] have resulted in a recrudescence of hostile acts towards us. In the thirty years I have been in this trade, I have never seen anything like it.

Before I go any further, let me say that, though I am not myself vegetarian, I am sympathetic to the arguments of vegetarians. It seems to me almost beyond doubt that for meat to be eaten in the industrial quantities in which it is now eaten throughout the western world, cruelty towards animals, either in the way they are raised or are killed, is inevitable. A video taken clandestinely in the abattoir nearest to my home in France showed the most shocking practices, and I very much doubt that it is the only abattoir in the world in which such things go on. I recently read an excellent book by a French journalist, Olivia Mokiejewski, called People of the Abattoir, in which she described her period as an abattoir worker, supplemented by other enquiries. A vegetarian herself, she is clearly no fanatic, and what she describes is what in their hearts all meat-eaters really know must go on, though they allow themselves to be lulled out of reality by childish images of happy pigs and contented cows. (There is a wonderful fibreglass model of a happy pig that sits outside one of my local butcher’s when he is open.)

This, however, is a far cry from wishing all butchers and abattoir workers dead (at least 50,000 people work in the meat industry in France alone, and one of the virtues of Mokiejewski’s book is that she clearly has human sympathy for them). What shocks about the militant vegan’s comment is its hysterical violence. I think her words are a manifestation of a certain psychological syllogism that seems to me operative in more and more minds:

Moreover, it has long been a human failing to suppose that the length to which one is prepared to go in pursuit of a cause reflects the virtue both of the cause and oneself. Thus the circle between violence of expression and violence of act is closed.

But it is not, I think, for the law to break this circle, to forbid people from saying horrible things. It does, however, make it incumbent on us to moderate our language and to keep a sense of proportion in what we say.

For example, it is not necessary to be an unqualified admirer of Mr Trump to know that comparisons of him with Hitler, which are not infrequent, are absurd. For one thing, it ascribes to him a degree of importance that he does not have. You could only compare Mr Trump to Hitler if you had absolutely no faith in the American political system, and if you thought every last provision in the constitution for restraints on power had been vitiated.

Furthermore, the word ‘resistance’ is likewise absurd, but also dangerous. One opposes politicians, but one resists dictators. If the word ‘resistance’ is used for opposition to Mr Trump, then the impression is given, and presumably is intended to be given, that he is a dictator: and against a dictator, actions may justifiably be taken that are not justified against an ordinary politician. And the habit of using the word ‘resistance’ to mean opposition to policies that you don’t like can become entrenched and will not remain confined to one’s own faction alone. Resistance sanctions violence, and so a society can tear itself apart without having experienced anything remotely to justify, or even explain, it.

Fisrt published in the Library of Law and LIberty.