These Foolish Things in Politics 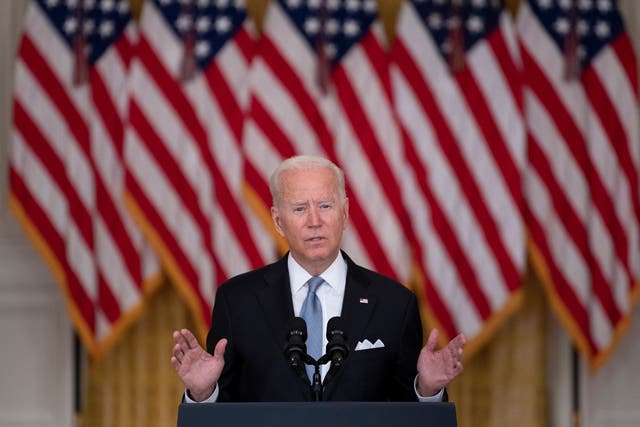 Our promissory notes are now rubbish on the market, David Lloyd George May 1940. Fools rush in where angels fear to tread, where wise men and women never go.

In a letter of 1648 to his son the Swedish diplomat Count Axel Oxenstiena wrote, “Do you not know, my son, with how very little wisdom the world is governed?” He would have been aware of “these foolish things” that are currently so evident in present day life as in song. Examples range from the serious and momentous to the trivial. Some may benefit from the oracle of the two intellectual geniuses, the Sussex duo, Harry and Meaghan, who have told us from their expensive pulpit in Los Angeles, that the “world is exceptionally fragile right now, as we all feel the many layers of pain due to the situation in Afghanistan, we are left speechless.”

The rest of the “fragile world,” however, is hardly speechless but is aware of the tragedy and chaos in that country resulting from the decision of President Joe Biden to order the complete U.S. troop withdrawal from that country. There is room for legitimate debate over the wisdom of the decision to withdraw U.S. forces, popular by members of both political parties though not full withdrawal, but there can be little defense of the chaotic inefficient nature of that withdrawal. Images of U.S. evacuating Americans from Kabul bear a striking resemblance to the U.S. exit from Saigon in 1975 after the embarrassing defeat in the Vietnam war.

The present main political issue is who is responsible for the misjudgment of political and military leaders in this unmitigated disaster. President Joe Biden on August 16, 2021, said he stood squarely behind his decision to withdraw, had no regrets, ending military involvement in the area, because American troops cannot and should not be fighting in a war and dying in a war that Afghan forces were not willing to fight for themselves. In this, he was not altogether fair in a number of ways. Biden did say that the buck stopped with him.  It seems clear that the decision to withdraw was made against the recommendations of senior military generals and many diplomats who understood that a hasty withdrawal would undermine security in Afghanistan, and that a full withdrawal would lead to instability. However, Biden insisted on ending the military role in the country, which he considered was corrupt and lacked unity, and on which the U.S. had spent an estimated $2 trillion in fighting, equipping, and training Afghan forces. The U.S. also suffered casualties, 2,400 deaths and 20,000 wounded.

In sum, a decision to withdraw from Afghanistan may have been correct and popular, but its execution resulted completely and precipitously in chaos and humiliation. The Biden decision followed the policy of the Trump administration in favor of withdrawal from Afghanistan, and which send a special envoy, Zalmay Khalilzad, in September 2018 and February 2020 to consider exit, and to seek a peaceful resolution to the conflict. But the withdrawal was on Biden’s watch, and he owns the event and its consequences, the Taliban control of the country.

There is general agreement that the U.S. intervention began after the terrorist attack on the U.S. on 9/11 2001, in order to eliminate those who had carried out the attack. It was justifiable to end Afghanistan as a sanctuary for Al Qaeda. But the task was not to help build or create Afghanistan as “a unified centralized democracy.”  Yet in 2003, Biden had said that the alternative to nation building in Afghanistan is chaos, a chaos that churns out blood thirsty warlords, drug traffickers and terrorists.

Biden also blamed the Afghan political leaders for giving up and fleeing the county.

Yes, President Ashraf  Ghani on August 15  did leave the country with his aides ahead of the advance of the Taliban, but other political leaders, such as  former president  Hamid  Karzai, 2001-14, have remained as have the first vice president, Amrullah Saleh, and Ahmad Massoud, There was spotted resistance in some areas in spite of  no U.S. air strikes. In the past fighting the Afghans suffered more than 60,000 casualties. Undeniably, there was a collapse in Afghan morale, poor leadership, corruption, although it had 300,000 military personnel and advanced equipment. However, the Taliban used threats, bribery, crime, drug smuggling, had levied taxes, provided public services, propaganda, psychological warfare, proclamations of inevitable victory, and targeting killing of journalists and  civil rights activists.

One can conclude that Biden did not act wisely in the whole Afghanistan enterprise. It remains to be seen if the credibility of Biden himself and the U.S. as a polity will be regarded as a declining, even failing power and as a feckless ally. Immediately important is the issue of whether Afghanistan will become the haven for terrorists, especially Al Qaeda. Whatever the future, Biden owns it.

Now to some less internationally significant issues, but examples of foolishness.

In Britain, authorities have found auto drivers risking lives by lethal motorway manoevres. UK police punished 18,000 dangerous driving offences in the past five and a half years, individuals making U turns, 165 driving the wrong way on motorways, 270 reprimanded for reversing against the flow of traffic, 10,000 incorrect use of hard shoulders, refuge areas,  grass verges and central reservations. And they drive on the left side of the road.

More amusingly, a fish and chip shop Jack the Chipper in Greenwich southeast London has been criticized for its name, resembling The Ripper, the notorious serial killer  of women more than 130 years ago. The owner had his original F and C shop in the East End, London. Whitechapel area, where the undiscovered killer was said to have operated. Perhaps the Ripper, like Elvis, is still alive.

In France, more than 100,000  protested  against government vaccine rules, requiring  health care workers to get vaccinated  against the virus, and requiring COVID passes to enter restaurants and other venues. The folly here was that some protestors wore the yellow star, the emblem Jews were forced to wear by the Nazis;  other protestors carried signs evoking Auschwitz.

In the U.S. Christopher Cuomo, TV journalist and one of the stars of CNN, was foolish to have ignored the cardinal rule that reporters of the news should not be involved in politics. He took part in calls advising his brother Governor Andrew Cuomo in ways to respond to allegations of sexual harassment which have resulted in a political crisis and the resignation of the Governor. Chris as a commentator said he could never be objective, and served as a sounding board for his brother. The experienced Chris confessed he did not know the line between his family and his job. His language is equally nebulous. Chris said he advised his brother Andrew but was never an adviser, “I wasn’t in control of anything, I was there to listen and offer my advice.”  He has not been fired by CNN.

The intriguing novels of John le Carre and Len Deighton about the playground of international intrigue in the 1960s and 1970s centered around the Boulevard Unter den Linden in Berlin. Spies usually hide in secret, but some hide in plain sight. Without another Cold War, life has imitated fiction in August 2021 with the arrest of a man named David Smith, a 57 year old local contractor and British security guard in the British Embassy in Berlin, accused of having passed documents to Russian intelligence in return for an unstated amount of money.  Smith, a bald, stocky man, does not resemble James Bond. Rather, appears a foolish open spy, with a collection of Soviet memorabilia and a full sized Russian flag on show in his home. Life, however, resembles fiction. Among the books in Smith’s house was “A Murder of Quality” by le Carre.

Books too provide the occasion for folly. The publication of a 780 page book, “The History Makers” by Richard Cohen, author of ten books, was dropped by the original us publisher Random House because it did not take into account enough black historians, academics and writers. Cohen then wrote another 18,000 words focusing on black individuals such as Frederick Douglass, Booker T. Washington. W.E.B. du Bois and Toni Morrison. However, Random House did not accept the rewrite and still refused to publish it. Then, Weidenfeld and Nicolson in London agreed to publish but has delayed publication following concern about the lack of black perspectives.

This is a sad story with hypocrisy meeting foolishness. Random House had in advance publicity lauded the book, a brilliant achievement, scholarly, lively, quotable, up to date, and fun.  It is, RH said, unusually authoritative and supremely entertaining, rich in character, complex truths, and surprising anecdotes. Moliere’s character was right. “Ah there you go, extravagant as ever, why can’t you be rational.”

PrevLiving in the Age of Covid: ‘The Power of the Powerless’
Hundreds of men in Pakistan investigated over mass sexual assault on womanNext