Thomas Piketty and the False Promise of “Solidarity” 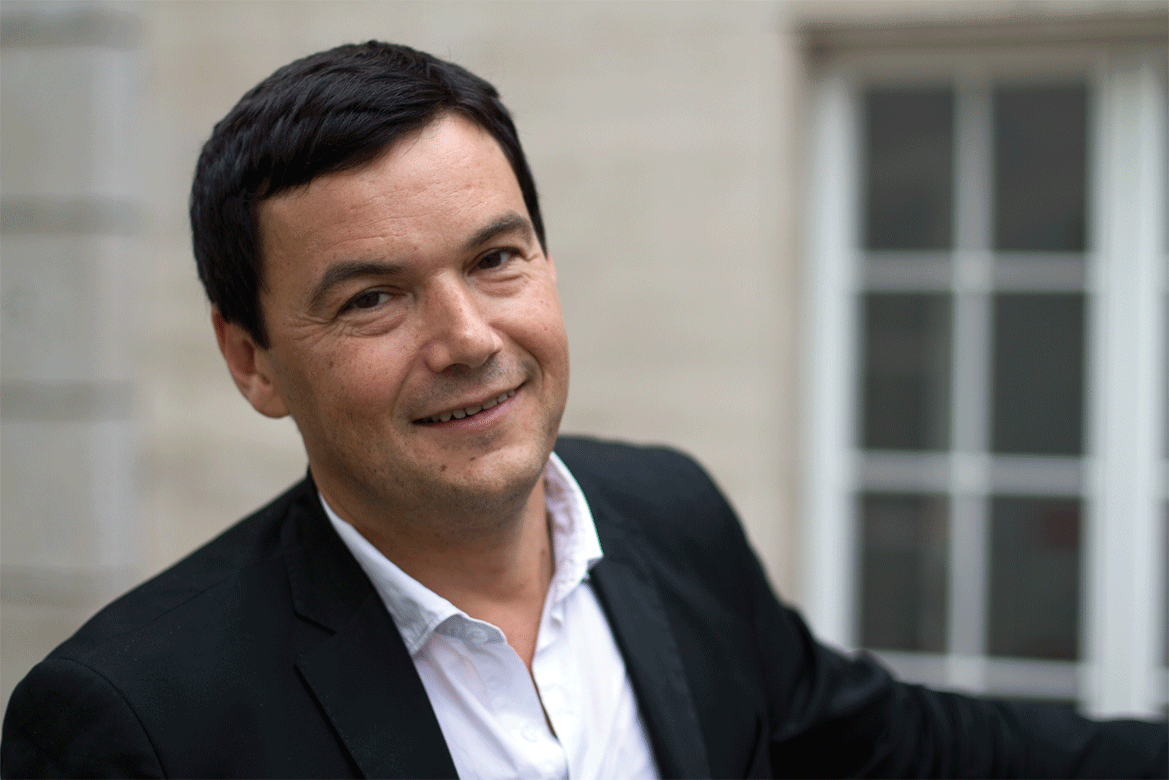 According to many philosophers, starting with Kant, existence is not a predicate, but whether this is so or not, the first time I have ever seen it praised as something meritorious in itself was in a recent article in the Guardian newspaper, the bellwether of British center-left liberal (in the American sense) thought.

The article was titled “Our manifesto to save Europe from itself,” and was a manifesto collectively-signed by a number of European intellectuals and academics, but apparently written by Thomas Piketty, the French economist who recently, and rather unexpectedly, became a world celebrity with the publication of his book, Capital in the Twenty-First Century.

Embedded in the article was the following curious statement:

Our ideas may not be perfect, but they do have the merit of existing.

In so far as this means anything, it must mean that it is better to have bad ideas than no ideas at all, a proposition that I find dubious at best, and which I believe to be more likely false than true. The worst political monsters in the world had ideas, often many of them, that had the supposed merit of existing, but the somewhat graver defect of occasioning the deaths of millions of people. Give me any time a man, even a dictator, with no ideas rather than someone with the ideas of a Lenin, a Hitler, a Mao or a Pol Pot—or of an Islamic terrorist.

I am not sure that I should trust anyone very far with my investments, or with anything much much else, who was capable of expressing the sentiment that Professor Piketty here expressed. Few are the situations in human existence that cannot be made worse by ideas, more especially those of intellectuals and academics. But let us pass over this foolish sentence as if it were a mere slip of the pen and look at the actual ideas that had the merit of existing. Here, I am afraid, things are not much better.

That the world in general, and Europe in particular, is not going swimmingly may easily be admitted by people of all possible political opinions. At what time in history, indeed, were there not problems (which had the merit, or was it the demerit, of existing?) which caused dissatisfaction to many? But I am afraid that Professor Piketty has the equivalent in politics of stone-deafness in music.

He is worried by the rise of populism in Europe, which does indeed include worrying elements, if anything so nebulous as populism can be designated by a single term. But he does not see how he, and people like him, have played an important part in fostering such elements by means of their own ideas and ways of putting things. Thus:

Our continent is caught between political movements whose programme is confined to hunting down foreigners and refugees on one hand, and on the other those who claim to be European but in reality continue to consider that hardcore liberalism and the spread of competition is enough to define a political project.

Let us take “on the one hand” first. Hunting down is deliberately emotive language and connotes the posses (whose existence is not meritorious) of angry hunters who kill their prey when and wherever they find them. In fact, what he really means is that some governments  have denied entry to large numbers of people whose entitlement to the status of refugee is often doubtful, as well as having made some not very vigorous efforts to expel people who have no legal right to be in their countries.

The corollary of Professor Piketty’s way of putting it is that European governments have the duty to open their borders to whomever wishes to enter and must also accept the presence of any number, however large it might be, of people already illegally present, irrespective of the ease of absorbing them: in other words, that legality itself should be abolished and have no force. These are not doctrines that are likely to appeal to the people who have to suffer their consequences other than a choice of exotic cuisines every night to choose from. If you want to know why the gilets jaunes in France are angry, read Professor Piketty’s Manifesto for Democratisation in Europe, in which he makes President Macron look like a man of the people.

As to the other, or second hand, of the Professor’s false dichotomy, it seems to have escaped his notice that no European polity can be properly called “hardcore liberal.” For example, in his own country, France, the public sector accounts for more of the GDP than does the private sector, and though in other countries it accounts for less. But in no European country is the public sector inconsiderable. Indeed in every country, the public sector looms so large as to have a profound influence on the whole tenor of life. Furthermore, it is often difficult, so imbricated are they, to distinguish the public from the private sector. It would be more accurate to call European countries “hardcore corporatist” than “hardcore liberal”; to go further, it would be more accurate to say that the Professor is a hardcore Stalinist (though still it would not be not accurate) than to call European countries hardcore liberal: for the very high proportion of the French GDP accounted for by the public sector is still not enough for the Professor’s taste, and actually with a little effort with the aid of his ideas could be brought up to the levels of Stalin’s Russia.

In Britain, as in other countries, more than a quarter of the income tax is paid by 1 per cent of the population. But this is not enough for the Professor, irrespective of whether increasing the rate would increase the take (the purpose of tax being primarily symbolic). He would like capital to be taxed too, from above the not very high limit of $900,000. This would increase both equality and efficiency, according to the Professor, in so far as the money raised would then be redistributed and invested productively by the philosopher-kings of whom the professor is so notable an example.

All this is to be done in the name of what Piketty calls solidarity. ‘If Europe wants to restore solidarity with its citizens it must show concrete evidence that it is capable of establishing cooperation’: that is, it must raise taxes on the prosperous. Overlooking the question of what Europe actually is, or how it is to be defined (I suspect that the Professor thinks it is not  continent or a civilisation, but a bureaucracy), this seems to me the kind of solidarity that only someone suffering from autism could dream up, solidarity equalling taxation administered by politicians, bureaucrats and intellectual advisers.

The Professor is a populist pur et dur.