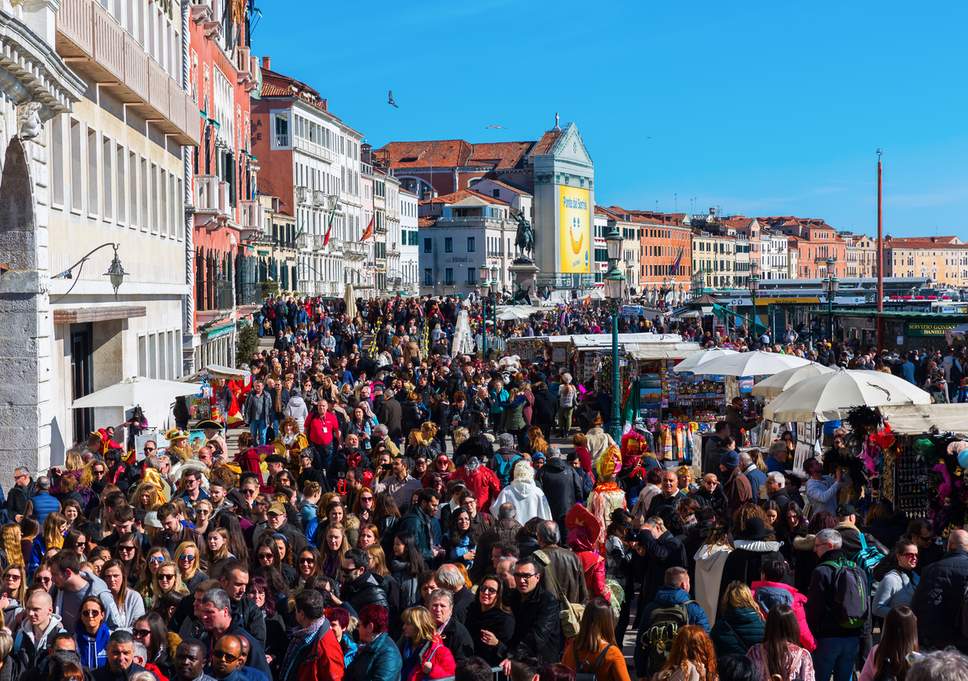 Not many people are likely to take the newly announced longest flight in the world, 9,534 miles in 18 hours, the nonstop on Airbus A350-900 jet from Newark, N.J., to Changi airport, Singapore .Many more are likely to have Manhattan, the Bronx, and Staten Island too, although these places, as are other familiar and popular destinations, are getting over crowded by tourists.

Yogi Berra was only partly wrong that nobody goes there any more, it’s too crowded. Mass tourism is a major source of income for many areas, even countries, providing goods and services for those seeking leisure, different cultures and cuisines. The U.S. benefits from tourism, gaining $204 billion, while Americans spend $112 billion.

In the 18th century, the Grand Tour, the trip around Europe, was fashionable for wealthy young men and students, and those eager to learn the language and culture of European countries. Starting in the late 1890s, agencies like Thomas Cook, benefiting from the growth of rail network, offered affordable group tours and cut prices by getting discounts, for the increasing industrial working population, anxious to visit gay Paris or even London town.

In recent years there had been a growth for at least three reasons: the development of Airbnb and cheap accomodations; the larger cruise liners which in 2017 carried 1.4 billion passengers, in 1959 transoceanic travel trips were  25 million; in 2017 they accounted for 1.3 billion, and estimated to increase to 2 billion; the publicity in  movies, TV programs, and articles on attractive places. The fundamental irony of this growth is that mass tourism is destroying or lessening the character of the site  that attracted tourists in the first place.

By the middle of the 20th century, the Mediterreanean coast had become a mass tourist destination, with access to beautiful scenery, beaches and the sea, acceptable predictable weather, historic attractions, cultural activities, art and music. Whether travel broadens the mind or changes perception of the sterotype of nations visited is arguable. What is more immediately pertinent is that tourism has increased to such an extent that calls are being made for it to be limited in certain areas.

Undeniably, tourism is a major industry, generating jobs and a degree of prosperity in areas visited, especially in Mediterranean Europe. In 2017 the figures reached a  historic high, 1,322 million tourists world wide, and 670 million visiting Europe.

This comes at a cost with numerous problems: overcrowding, overdevelopment of an area, environmental damage, harm to historical sites, asocial behavior, drinking, loitering, a strain on resources, a reduced quality of life for residents, the impact on local housing markets.

There is no governing body, nor are there international restictions on overcowding of areas, though UNESCO has put a number of places on its danger list. However, individual cities are considering limiting numbers to enter them. Proposals are to assess fees for entry, limit the number of cruise liner visits, higher entry fees for attractions,  banning cars, diverting traffic, closing some streets or areas at peak hours.

Attention must be paid to the most obvious issues: Venice, Barcelona and Dubrovnik.

Venice, elegant city of islands in a lagoon, of ethereal beauty and romantic images, mixture of Gothic and Byzantine, rich in architectural and artistic masterpieces, San Marco  Basilica and Campanile and the majestic Grand Canal, and the less majestic Harry’s Bar, has survived the challenging forces of nature in marvellous fashion. Young and old of the 60,000 daily visitors want to throw a coin in the Trevi fountain. But the millions of tourists , 73 tourists for very resident Venetian, have caused difficultites, overcrowding, crime, vandaism, for the diminishing local population, now 55,000 who as well experience climatic problems. It is increasingly suffering from rising sea level and erosion, one of the places in the Adriatic now troubled by severe threat of coastal erosion and  flooding.

International authorities must deal with the natural and climatic problem. Venice itself must deal with the problem of overcrowding. The Serenissima is not so serene: its inhabitants do not want it to be a Disneyland, a theme park, but a living city. Venice has banned new hotels from opening in the city center. Proposals are made to limit entrance to popular places, especially San Marco, limiting the number of or imposing a heavy tax on super cruise liners, that bring in tourists, controlling the now 5,000 unregulated establishments offering accomodation.

Barcelona, a second World Heritage Site, is troubled by mostly day trippers and the surge of souvenir kiosks  replacing local shops along the main central street, Las Ramblas. Wooing of tourists began with the 1992 Olympics, when the city cleaned beaches, built cruise docks, expanded its airport, rehabilitated the old city, Ciutat Vella. Now, tourists are driving out residents, 12% of whom have left the Old City. The 1.6 million residents of Barcelona are confronted by an estimated 32 million tourists, half of whom are day trippers. The neighborhood may not be for sale, but most of the crowd on Las Ramblas are tourists, no-go areas for residents, with consequent abundance of souvenir shops, pickpocketing, cheap beer halls, and T shirts of Barcelona soccer heroes like Lionel Messi, Argentinian captain of the famous football club.

The city, coping with the unsustainable number of tourists, who account for 12% of the city’s GNP,  is now trying to limit accomodation, especially control the 50,000 illegal apartments available, to impose a moratorium on building new hotels. and limit licenses for short stay tourist accomodation, and to limit the number of cruiseships entering the port.

Dubrovnk, Croatia, Pearl of the Adriatic, a World Heritage Site with an old town, City Walls, 16th century stone walls, and tumultuous history has attacted visitors, not only because of its natural beauty, but also because the city is the filming location for the fictional city in Game of Thrones, and because of the performance of the Croatian football team in reaching the final in the 2018 Fifa World Cup.

The native population is about 40,000 but the city saw 2 million in 2016 when 800,000 came from 529 cruise ships. On a  typical day, 8 cruiseships, some times 13 a day, centered the port. The mayor calls for a limit on cruise ships arriving at peak times, as well as limiting the number of tour operators. Initially the mayor wanted a  limit of 8,000 visitors a day to prevent damage to buildings, and then planned to reduce the limit to 4,000 to reduce overcrowding.

The cruise ships do pay city harbor docking fees, but the local businesses do not benefit much, because of all the all inclusive packages on board shops. The problem remains. Between January and Sepember 2018 the city had 800,000 visitors, a 6% increase from last year.

The problem of overcrowded cities is separate from, though linked to the general climate change issue. All agree on the serious threat of floods, storms, fires, droughts, sea levels, and changes in agriculture, such as a decrease in crops of barley, essential ingredient of beer. Controversy still exists on certain aspects of the issue and it has become politicized. However, all can agree on aid to control overcrowding tourism.

A new possibilty presents itself. On October 16, 2018 a Global Commission on Adaptation of 17 nations was launched, led by Ban Ki-Moon, Bill Gates, and the World Bank, to speed adaptation solutions for dealng with managing the risks  associated wth climate change. The Commission would do well to concern itself with the issue of the overcrowded cities, and preserve European culture.