Trump vs. the Multiculturalist Insurrection

President Trump is the leader of conservative America—and the only alternative to the disintegration of the United States as a great power. 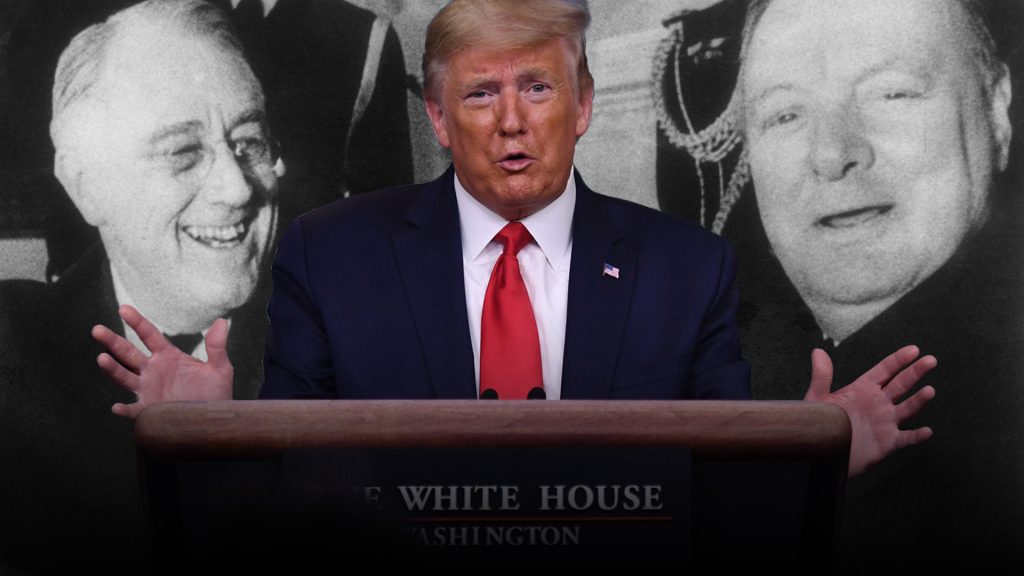 Mr. Klingenstein makes clear at the outset of his paper that his idea of multiculturalism largely consists of identity politics and political correctness. In practice, in the United States, identity politics is the atomization of the entire vast and intricate demography of 325 million Americans into dozens of overlapping aggrieved sub-sets, each claiming discrimination. This is the fragmentation of society into victim associations: ethnicities, groups of minority sexual orientations, people with physical and mental handicaps, with career reversals—an ever-broadening range of bearers of attitudes and afflictions. All groups except straight adult white males are endlessly hunted and outed to be embraced as yet another wronged collectivity that American virtue requires to be highlighted, elevated, and compensated; all, of course, in exchange for their votes.

In this seething deconstruction of the ostensibly united American people, political correctness is the iron code of discipline. Every step of the march is a debunking of America, a shaming of its hypocrisy, presumption, and moral turpitude. Even some public personalities who are apparently sincere in affirming their love of America lead this process of national self-criticism, self-punishment, and degradation—fully paid-up participants in the ideology that America could be the great country it always thought it was if it just confessed its evil and let left-wing Democrats lead it back from perdition.

Though often kept implicit, there are occasional brazen slips, as when Michelle Obama notoriously said she was proud of being American for the first time when her husband was elected president. Not every American can exact such a price for national pride. We now have the absurd condition that Joe Biden (whom I do not believe possesses the required judgment and intellect to be president) has been threatened with disqualification for his habit of touching women, smelling their hair, and being oddly too intimate, without any sexual overtures, or anything illegal or seriously inappropriate. The madness is—by design—completely out of control.

Multiculturalism is bad policy when large groups of immigrants decline to assimilate to their new country. Virtuous and sincere and successful immigration need not mean cultural deracination. But immigration requires a conscious, determined decision to assimilate to the society where the immigrant arrives. The waves of desperate people in the Middle East, Africa, and Latin America who have tried to swarm into Europe and North America more closely resemble, though they are less organized, the barbarian masses who surged into the Western Roman Empire in the fifth and sixth centuries. Then, as now, even fiercer peoples with more advanced weapons pushed them forward from behind. This sort of invasion has nothing to do with multiculturalism by any definition.

Yet, as Klingenstein rightly objects, advocacy of this form of immigration has become the official policy of the Democrats, who have been demographically captured and have sold out, bag and baggage, to illegal Latino immigrants. The Democratic mayors of New York, Chicago, Los Angeles, and other great cities have pledged to lead “sanctuary cities” where the police are ordered to ignore federal immigration laws and not to cooperate with their enforcement against people illegally in the country. The Democrats are also behind the challenge to the right of census-takers to ascertain whether U.S. residents are citizens (in addition to calculating the population correctly, as constitutionally required, to assure the fair distribution of state delegations in the House of Representatives and the Electoral College).

Technically, this is an insurrection, and historians of the future will be astonished that the United States allowed twenty million people into the country illegally, under administrations and Congresses of both parties, while they uttered pious frauds about seeking “comprehensive immigration reform.”

With his adaptation of multiculturalism, Klingenstein effectively presents the threat of fragmentation and national self-rebuke. He moves next to portray Donald Trump in the role of America’s sole alternative to the triumph of his version of multiculturalism. Trump is the flag-bearer for a united America, in which nationality has nothing to do with race, ethnicity, or culture: a mighty community of free people with ingrained loyalty to the nation whose values, history, and prospects unite them. This kind of responsible nationalism is traditionally a winning political ticket, as it was with Franklin D. Roosevelt, Ronald Reagan, and illustrious foreign leaders (though without expansive views on immigration) such as Winston Churchill, Charles de Gaulle, and Margaret Thatcher. Let America be America, be proud of it, and stay clear of aggressive or unrewarding foreign wars.

Mr. Klingenstein is absolutely correct in seeing Trump’s 2016 appeal along these lines, and in promoting Trump as the authentic conservative leader, although he is an unorthodox conservative. Incredulity arises from snobbery: however undignified the hucksterism Trump engaged in while building his commercial renown, it armed him with a clear and profound view of growing public discontent, particularly in the large circles offended by political correctness and by endless fault-finding with the United States itself.

The flipside of this snobbery, which Klingenstein skirts politely, is that the Republican Party’s post-Reagan leaders were almost Democratic look-alikes until the Democrats stampeded to the left. None of the Bushes, McCain, or Romney (Robert Dole was a partial exception), had any idea what a chasm was growing within the American electorate.

Trump was and remains the candidate who would end American decline in the world, promote the market economy, and reverse the drift toward a stagnant “new normal” where the workforce shrinks and government earns votes by distributing more from those who earned it to those who did not.

My impression is that the formerly influential conservative commentators who disembarked from the Trump Republican Party were both affronted by the president’s lack of gentility and horrified by the revelation of their own collective lack of influence. There are doubtless many explanations for why Klingenstein feels it necessary to persuade conservatives to join Donald Trump, but the extent of the spiteful hauteur of almost all the relatively high-brow commentators—to the point that some declare they were always really leftists at heart—is mystifying. The president’s style is an outsized obsession among almost the entire anti-Trump faction on the Right, though his embarrassing moments are much less frequent than they were and are irrelevant in practical matters of policy.

Meanwhile the people in Mrs. Clinton’s basket of deplorables, like Barack Obama’s bitter clingers to guns and religion, would not have come out to vote in force for any other Republican. They remain rock solid behind this president, gloriously humiliating the partisan national jackal media. It is unfortunate that national saviors are not found at casting studios. But Donald Trump was and is the only serious obstacle against the triumph of Sanders socialism.

It is now clear, as many suspected, that the Clintons gave the Left a mere façade of comparative moderation. It is also clear that a very large number of Democrats now apparently want personal income taxes at 70 percent or higher; legalized infanticide; completely nationalized health care (that’s what “single payer” means); reparations for African-Americans and Native Americans; a climate change policy that would strangle the economy based on the unsubstantiated belief that otherwise life on this planet will end in twelve years; and unlimited immigration, with full access to American welfare, public education, and the right to vote (for a permanent Democratic majority).

In these circumstances, Klingenstein need not be defensive about representing President Trump as the leader of conservative America and the only alternative to the disintegration of the United States as a great power and an enterprise society.

My only slight cavil concerns Klingenstein’s invocation of Lincoln. Lincoln proposed the containment of slavery and the preservation of the Union. When the South took his election as a casus belli, he rallied the North to preserve the Union and tacked on Abolition in 1863, partly, ostensibly, to promote rebellion in the Confederacy. In supporting Donald Trump, whose merits Klingenstein well recites, we need not liken him overly to Lincoln or embrace the fantasy that the North went to war to liberate the bondsman.

The 2016 election didn’t portend a civil war in which almost ten per cent of males between 18 and 50 would perish. The 2020 election won’t either. Donald Trump is on the right side of history and does not require historical revisionism to enhance his status as the man whom the office has sought.

But in his way, he too, is saving the country. His time has come. All conservatives and most moderates should support him.

First published in the American Mind.