NEW YORK — Two women inspired by radical Islam pleaded guilty in New York City on Friday to teaching and distributing information about the manufacture and use of an explosive, destructive device and weapon of mass destruction, federal prosecutors said.

Asia Siddiqui and Noelle Velentzas, both U.S. citizens in their 30s from the borough of Queens, face up to 20 years in prison when they are sentenced. 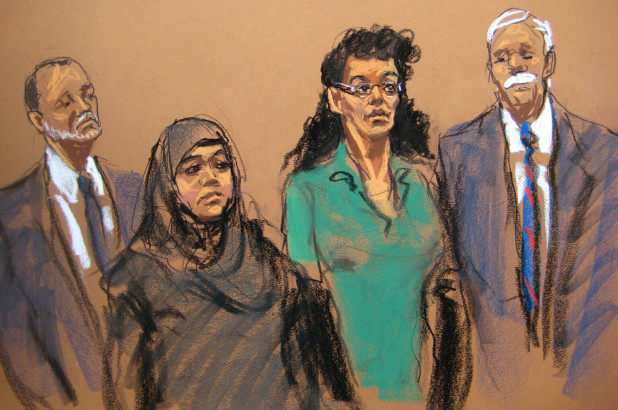 U.S. Attorney Richard Donoghue said in a statement the defendants studied some of the most deadly attacks in U.S. history as a blueprint for their plans to kill American law enforcement and military personnel.

According to charges, between 2013 and 2015, Velentzas and Siddiqui planned to build a bomb for use in a terrorist attack in the United States. In order to execute their plan, they taught each other chemistry and electrical skills related to creating explosives and building detonating devices. The pair also conducted research on how to make plastic explosives, how to build a car bomb and also acquired materials to be used in an explosive device.

Charges say that Siddiqui’s interest in violent terrorist-related activities was reflected in her written submissions to a radical jihadist magazine edited by Samir Khan, a now-deceased prominent figure and member of al-Qaeda in the Arabian Peninsula (“AQAP”). Velentzas also reportedly spread violent rhetoric, praising the attacks of Sept. 11, 2001, saying that being a martyr through a suicide attack guaranteed entrance into heaven. Velentzas specifically singled out government targets stating, “you go for the head” when you commit a terrorist attack.

In a December 27, 2014, meeting, the women also discussed the possibility of attacking the funeral for NYPD officer Rafael Ramos, who was fatally shot alongside partner Wenjian Liu while they sat in their patrol car in Bedford-Stuyvesant.

The two would-be bombers were blatant about their support for terrorist groups abroad, court papers state, gleefully watching online videos of a suicide bombing and of ISIS fighters beheading Syrian soldiers. “Why we can’t be some real bad bitches?” Velentzas said in one meeting as she took a knife from her bra and showed Siddiqui and the informant how to stab someone.

Siddiqui and Velentzas are due back in court in December for sentencing.

PrevAre “Human Rights Equally Disregarded in Israel and Egypt”?
Solidarity and Sentimentalism at the European CommissionNext