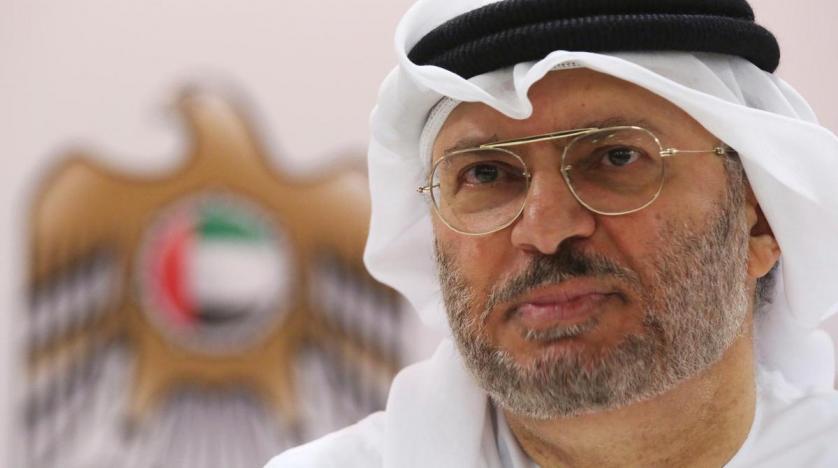 The UAE ambassador to Washington was one of three Arab representatives – the other two were the ambassadors of Bahrain and Oman – to attend the White House ceremony announcing the Trump Administration’s “Deal of the Century.” The presence of these ambassadors was taken as a sign of approval of the Trump Plan by their governments.

Since then there have been many reports of expressions of support from Arab governments for the Trump Plan, including not just the UAE, Oman, and Bahrain but also Saudi Arabia and Egypt. The UAE called the Trump plan a serious initiative that should be an “important starting point for a return to negotiations.” With Saudi Arabia and Egypt, the UAE has been one of the Sunni Arab countries that has most benefited from Israel’s intelligence sharing on Iran. The UAE recently tried to deliver humanitarian aid to the Palestinians that had been brought to Israel on an Etihad Airlines flight. Mahmoud Abbas angrily rejected the aid, claiming that the UAE flight to an Israeli airport was a deliberate sign of “normalisation” with the Jewish state.

So it was surprising when, on June 1, the Minister of Foreign Affairs in the UAE, Anwar Gargash, tweeted a statement about possible Israeli annexation of the Jordan Valley and the settlements in the West Bank.

The story, posted at Algemeiner, is here:

A senior United Arab Emirates official said on Monday that any unilateral move by Israel to annex parts of the West Bank would be a serious setback for the Middle East peace process.

Israeli Prime Minister Benjamin Netanyahu has said cabinet discussions would begin on July 1 on his plan to extend sovereignty some areas captured from Jordan during the 1967 Six-Day War.

It is not the annexation that will automatically begin on July 1, as many in media have mistakenly reported. Rather, Israel’s cabinet will begin discussion of the proposed annexation – its pros and cons – on July 1. Netanyahu has promised that any decision on annexation will have to have the approval of the Trump Administration. Any such annexation would need to be undertaken without damaging the Trump Plan; West Bank territories assigned to the Palestinian state in the Deal of the Century—approximately 70% of the West Bank –would not be subject to annexation.

Continued Israeli talk of annexing Palestinian lands must stop. Any unilateral Israeli move will be a serious setback for the peace process, undermine Palestinian self determination & constitute a rejection of the international & Arab consensus towards stability & peace.

This language from Foreign Minister Gargash is curious, given the many signs from the U.A.E. to the Americans and Israelis that it would not object to, and in fact approved of, the Trump Peace Plan. Yet here Gargash resurrects the language of past years — before Israel became an ally of the Saudis and Emiratis against Iran, and before the Deal of the Century — describing Israeli annexation of territory in the West Bank as “a serious setback for the peace process, [that would] undermine Palestinian self-determination & constitute a rejection of the international & Arab consensus towards stability & peace.”

On the contrary, Israeli annexation of territory will only be undertaken in close collaboration with the Trump Administration. No territories will be annexed which are not already assigned to remain part of Israel under the Trump Plan. Has the U.A.E. decided not to support the Trump Plan after all? Gargash calls this possible annexation as “a serious setback for the peace process.” There can’t be a “setback” to a “peace process” that does not exist. Mahmoud Abbas has refused to negotiate for years. The last time he negotiated with the Israelis, in 2008, Ehud Olmert offered Abbas not just 94% of the entire West Bank but also 5.8% of Israel – and Mahmoud Abbas rejected the offer. In his refusal he was emulating Yasser Arafat, who had objected to a similar generous offer made by Ehud Barak in 2000, which was to eventually give the Palestinians 92% of the West Bank, and other territory, too, carved out of Israel. But Arafat refused the offer, and walked out of negotiations, unwilling to engage further.

There is not now, and has not been for many years, a “peace process,” but only because of Palestinian intransigence. Many believe that if Israel carries out its “annexation” this will actually make peace – as opposed to a peace treaty – more likely. A durable peace between Israel and the Arabs must not be based on a treaty, which can be ripped up (as Mahmoud Abbas has just done, so noisily, with “all treaties and agreements” between the P.A. and Israel). For Muslims, the model of all treaty-making with Infidels is the Treaty of Al-Hudaibiyya which Muhammad made with the Meccans in 628 A.D. That agreement was to have lasted for ten years, but after 18 months, sensing that his forces were now strong enough, Muhammad broke the treaty and attacked the Meccans. The Western legal concept of Pacta sunt servanda – “treaties are to be obeyed” – is not recognized in Muslim jurisprudence. Treaties with Infidels can be broken with impunity when the Muslim side believes it is in its best interest.

What keeps, and will keep the peace, between Israel and Muslim Arabs is Israeli deterrence. Israel must remain overwhelmingly – and obviously – stronger than any potential enemies. This means that Israel needs to have defensible borders. It is particularly important that the Israelis be able to keep the Jordan Valley, in order control the invasion route from the east, allowing Israel to hold off any potential invader until Israel’s reservists can be mobilized. The annexation of the West Bank settlements in which 500,000 Israelis, who are also citizen-soldiers, live, is not only Israel’s right, under the Mandate for Palestine, but is also justified, under U.N. Resolution 242, as necessary for Israel’s security.

Anwar Gargash claims that annexation of territory in the West Bank by Israel will “undermine self-determination” but the opposite is true: the Trump Plan gives the Palestinians, for the first time, a state of their own. It does not meet the maximalist demands of the Palestinians, according to which Israel must be squeezed back into the 1949 armistice lines, with Israel only nine miles wide at its narrowest point, from Qalqilya to the sea. But it is remarkably generous, given that the entire West Bank belongs, according to the Mandate for Palestine, to the Jewish state. The Palestinians not only will be given 70% of the West Bank, and 100% of Gaza, but also two large swathes of territory carved out of Israel’s Negev which nearly equal Gaza in land area. Gaza and the Palestinian parts of the West Bank will be connected by traffic corridors. And there will be no isolated “Bantustans” as some anti-Israel propagandists –such as the editorial board of the New York Times — have charged. The Trump Plan has been carefully crafted so that 97% of Palestinians will be incorporated into contiguous Palestinian territory, just as 97% of Israelis will live in contiguous Israeli territory.

As for the economic part of the Deal of the Century, the Palestinians have also been promised at least $50 billion in aid. Compare that figure to the $60 billion (in today’s dollars) that the U.S. gave under the original Marshall Plan, to be divided among sixteen European countries, including the U.K., France, and West Germany. Yet this colossal aid package for one recipient –what would be the newly-created state of Palestine was not enough of an inducement for Mahmoud Abbas even to begin to discuss the Trump Plan. He rejected it as soon as it was announced. He didn’t need to know the details; it was enough that Israel was not being forced back into the 1949 armistice lines.

The UAE’s Anwar Gargash tweet urges the Israelis not to engage in annexation of territories, for that would, he claims, supposedly endanger the chances for peace with the Palestinians, and prevent Palestinian self-determination. But in March 2019 his tone was quite different. He declared that “Many, many years ago, when there was an Arab decision not to have contact with Israel, that was a very, very wrong decision, looking back.” He also said then that a “Palestinian state is no longer viable” and that “a two-state solution [is] no longer feasible because a sort of reduced rump state will no longer be practical.” He foresaw not a “two-state solution” but a single state where Palestinians would have not “national” rights – i.e., claims to a separate state – but “individual rights.” “I think [that in] 10 to 15 years, the discussion will be what is the nature of the Israeli state, what are the rights of the Palestinians within that Israeli state,” Gargash said.

This latest remark about Israeli plans for “annexation” of land in the West Bank is puzzlement. Did he make that remark only for public consumption, to shore up the UAE’s standing among Arabs and Muslims, but behind the scenes, was still semaphoring to Washington that the UAE supported the Deal of the Century, and understood that Israel’s proposed annexation of West Bank territory scrupulously observed the territorial adjustments set out in that deal?

Or has the UAE decided to pull back from its earlier seeming endorsement of the Deal of the Century because the Emiratis have indeed changed their minds? Has Anwar Gargash, who insisted little more than a year ago that a “Palestinian state is no longer viable” now decided that it is “viable” after all, and – despite Israel’s usefulness as an ally against Iran –must include territories which the Israelis may not formally annex (that is still up in the air) but will never relinquish, given their legal, historic, and moral claims, and most importantly, their minimum security needs.

We’ll soon see, sometime this summer when Israel will almost certainly announce its annexation of the Jordan Valley and the West Bank settlements, whether the UAE will choose to further its own national interests, by not denouncing its Israeli ally, or revert to type, and put the maximalist Palestinian claims first.