Understanding the Rise of Zimbabwe 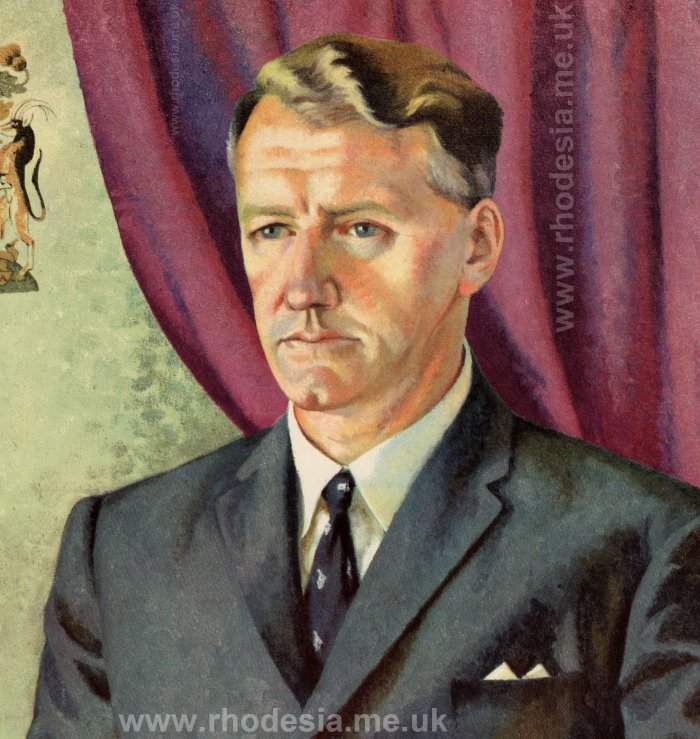 The first political leader of any consequence whom I ever met (and I have not met many since) was Ian Smith, Prime Minister of the pariah state of Rhodesia, as it was then still called. I was working as a young doctor in the country, in Bulawayo, and someone said to me at a garden party, ‘Would you like to meet the Prime Minister?’

Of course I would. In a sense it was easy to meet him. It was like meeting someone who was the mayor of a medium size town, for Smith was the leader of no more than quarter of a million people: who, however, had control of a territory the size of California with a population of about six million.

Smith was much more important than the mayor of any town or city in the world, of course a figure of hate and contempt for right-thinking people in the West, a kind of lightning conductor who drew on to himself all the moral thunderbolts that the generous-minded intelligentsia could hurl.

He was dressed in a smart but everyday grey business suit. Behind him, at a distance, were two secret service men, who could not possibly have saved him had I wanted to assassinate him. (Neither anyone else nor I had been searched.) His manner was modest and normal in the extreme, if normality can be extreme. We shook hands; our conversation was brief and not memorable, though remembered by me.

He asked me what I was doing and how long I would stay. I told him that it was just for a few months. He suggested that I should stay for longer: he presumably wanted to boost the white population that, seeing the writing on the wall and already very small, was diminishing by emigration. If it had been fifty years earlier, I might have succumbed to Smith’s blandishments.

Young and callow as I was, with a mind filled with gimcrack ideas, I nevertheless correctly apprehended that the current situation was not tenable. Superficially it seemed stable enough, and life for the whites was still very pleasant. International economic sanctions, never totally watertight, made imported goods rare and expensive; but as Smith himself pointed out in an interview with William Buckley on Firing Line, sanctions also had the effect of stimulating economic diversification and import substitution that might never have happened without them. Rhodesian gin may not have been as good as English, but one drank it all the same without too much suffering. Sanctions made the occasional bottle of South Africa wine a luxurious delight rather than an everyday beverage; sanctions and the resultant shortages promoted not only import substitution but appreciation. And I learnt what should always have been obvious, that quality of life is not the same as level of raw consumption of goods.

I recall the arrival in Bulawayo of what was said to be the first white casualty in the region of the incipient guerrilla war. It was greeted, at least by the whites, as no more than a curiosity, of no greater import than a traffic accident, and certainly not as the harbinger of an unhappy future. The whites believed the blacks to be so disorganised that they were incapable of military action that could be anything more than a nuisance, and were convinced moreover that the majority of the black population would not support it.

I did not reflect at the time that Rhodesia of the time was a very efficiently administered state, or the reasons for it. I worked in a large general hospital for Africans which was extremely well run, though in many respects basic. It too was very well-administered; there was a clear concentration on the essential. The nurses were well-trained and disciplined; the medical staff was of the highest calibre. I worked for a surgeon who was the best I have ever known and who was trusted, such was his reputation, with an absolute trust by his patients: a trust that, in my opinion, was never more justified. The other staff were of like stature.

Patients would go to any lengths, and walk or be carried for days, to be treated at the hospital. Perhaps it was an indictment of the country’s medical services that they had to do so. In those days, medical services meant curative rather than preventive medical services, which, though more cost-effective at saving lives, were neglected, as was primary care. Even so, it was almost thirty years before life expectancy in Zimbabwe improved over the last years of Ian Smith’s rule.

One of the hospital’s patients was the famous African nationalist leader, Joshua Nkomo. I met him at his home through his sister, a senior nurse on one of the wards on which I worked. He was a large, amiable and jovial man, who called me Doc. I liked him immediately and felt none of the racial awkwardness that made normal human contacts between blacks and whites so difficult. He struck me as the reverse of a fanatic, certainly not as a hater of whites, and he trusted his white doctors to treat him to the best of their ability (which they did). He was one of the first black Africans in Rhodesia to agitate for ‘majority rule,’ as it was called, but his tragedy was that, though the father of Rhodesian African nationalism, he was himself a member of the Ndebele tribe, who were only a quarter as numerous as the Shona, Robert Mugabe’s ethnic group. He might have made a much better first president of Zimbabwe than Mugabe, for he was much more of an economic realist: but, strangely for a struggle that was carried out in the name of anti-racism, his ethnicity was an insuperable barrier to his rise to supreme office in the country.

Rhodesia’s currency was stable and even strong, despite Smith’s defiance of the world. The infrastructure of the country was, for its time and place, magnificent, and very well-maintained. The roads, for example, would make many of those in the United States today seem Third World by comparison. It hardly occurred to me to think of the reasons for this: with the callowness of youth, I accepted the efficiency of the administration as a given rather than as an achievement. But on reflection, there were two very good reasons (or necessary, though not sufficient, conditions) for it. The first was that the population from which senior administrators and civil servants could be drawn was very small. Clever people in Rhodesia could not be wasted. The second was the situation in which the country found itself. This meant that the scope for frivolous bureaucratic expansion was very slight. The country in its then current form was fighting for its survival and therefore the senior administrators were imbued with a very real and immediate, and not merely abstract or theoretical, sense of higher purpose. And sanctions meant that they had to be pragmatic and not hidebound by fatuous procedures.

Of course, the basic justice of the country’s social and political arrangements was quite another matter.

PrevNYC Bomber’s Family Outraged at Treatment by Law Enforcement
An imagined private meeting in a crowded hall: how some media hallucinatesNext