From the Falmouth Packet

In February, Dr George Whale was offered a job as a research fellow in the field of digital creativity, but last Friday the university’s HR department withdrew the offer when they found out about his political activities online. 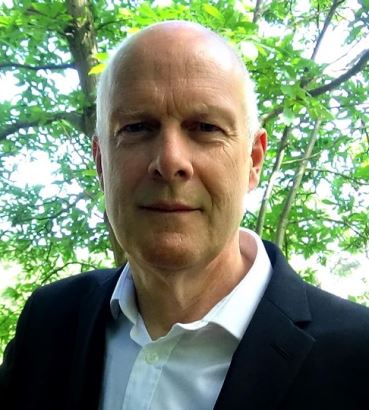 Dr Whale said: “You have a situation here where an employer is looking at the history of what you do in your own time and saying ‘we don’t want you to work here . . . Even if people don’t like my opinions, freedom of speech demands that unpopular opinions be heard.”

He said: “By excluding educated dissenting, i.e. non-left-liberal, voices, (universities) are limiting high-level debate and discussion of some of the most pressing issues of our time, such as mass immigration, Islamisation, globalisation. If the academic elites find my views and those of others like me so deplorable, and are so confident of their own moral and intellectual correctness, then why are they so damn terrified of engaging with us?”

Last year, the party’s leader Paul Weston made international headlines when he was arrested for quoting Winston Churchill on the steps of Winchester Guildhall.

In an email sent to Dr Whale, Mark Smalley, the university’s head of human resources, said: “During our pre-employment checks we have undertaken a search of the world-wide web and have found publicly available (and readily accessible) information associating you with anti-Islamic and anti-migrant views that, both in terms of the views themselves and the way they are expressed on-line, are incompatible with the values and policies of the university, particularly those pertaining to equality, diversity and inclusion. . . If the university were to become publicly associated with this material by employing you, … there is a high risk of serious reputational damage to the university.”

Replying to the university’s email, Mr Whale wrote: “It is, of course, no secret that British universities are dominated by the hard left, that seeks at every opportunity to enforce and impose its intolerant, anti-English dogma and drive out alternative voices. This explains why at least 80 percent of UK academics are leftists, and free speech is disappearing from academia.”

“Everything I have done and said has been within the law – I do not have a criminal record. Moreover, I reserve the right to voice unorthodox, politically inconvenient opinions. Many gave their lives to defend this fundamental freedom.”

Dr Whale believes that the university retracted his job offer so as not to upset the student and lecturer population. He said: “I think it was just a practical measure, they were worried about the reaction they would get from students. There’s a gross inbalance inside the universities. It’s a very Soviet tactic, to try and silence your opinions.”

Dr Whale holds a PhD in Creativity and Cognition, an MA in Computing and Design, and a BA in Fine Art, and as well as his political writings has published numerous academic works about digital design. He has held research positions in universities such as the University of Westminster, and Queen Mary, University of London, but says he has been unable to find work in academia over the last few years because of his political beliefs.

PrevPressured by Public Opinion, Geneva Opens An Investigation of Tariq Ramadan
On the pointless death of Arnaud BeltrameNext