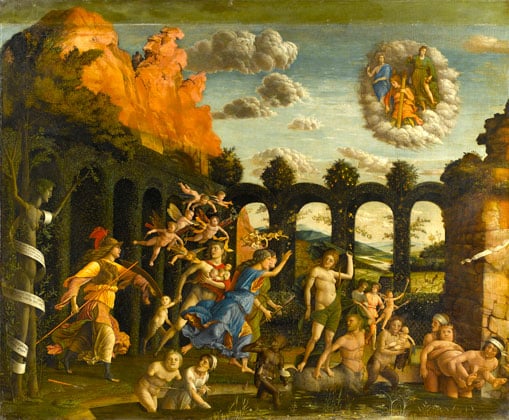 Terrorist attacks, like troubles, rarely come singly. They are subject to their own version of the Werther effect, so called after the hero of Goethe’s novel, who killed himself for unrequited love, the publication being followed by a rash of suicides by romantic young men.

The night before the latest Islamist outrage in France, in which a terrorist killed three people in the Basilica of Notre-Dame de Nice, I was reading a short book about Islamist terrorism in Europe, preparatory to writing an article about the beheading by a Chechen refugee of Samuel Paty, the teacher who had used the cartoons of Muhammad in his civics class to teach about freedom of expression, two weeks ago.

The book was by Hamid Zanaz. The author is of Algerian origin, a philosopher who has not only abandoned his ancestral religion but is now opposed to it in all its guises. His book relates a story which goes far to explain how Islamism has been able to burrow, almost unopposed, into the fabric of Europe. The story relates to Norway, but something similar could be told of many, if not all, Western European countries. I will quote in extenso:

Karsten Nordal Hauken, a politician raped by a Somalian [refugee in Norway], opposed the deportation of his aggressor: “I lost years due to depression and cannabis. . . . I have learned that the rapist’s culture of origin is completely different from ours. In his culture, sexual abuse is above all a matter of taking power and not the result of sexual desire: it is not considered a homosexual act. To understand how it could occur, one has to overcome one’s prejudices. . . .”

“I don’t feel any anger towards my aggressor, because I seem him more as the product of an unjust world. The product of an upbringing marked by war and privations. . . . I want us to continue to help the refugees despite such a context. . . . I am first a human being and not a Norwegian. No, I am part of the world, and unfortunately the world is unjust.”

In other words, it was really his fault, as an inhabitant of an unjustly privileged country, that the Somalian raped him. He got what he deserved: just as, by the same logic, the woman in the Basilica of Notre-Dame de Nice deserved her decapitation.

Some version of this peculiar state of mind is widespread in Europe (and probably in America, too), especially among the intelligentsia. Needless to say, it is hardly a state of mind propitious to countering a vicious and dangerous ideology. To understand the mentality, two texts spring to mind: one by G.K. Chesterton and one by Max Frisch.

In Orthodoxy, Chesterton wrote that the modern world “is full of wild and wasted virtues.” He continued:

When a religious scheme is shattered . . . it is not merely the vices that are less loose. The vices are, indeed, let loose, and they wander and do damage. But the virtues are let loose also; and the virtues wander more wildly, and the virtues do more terrible damage. . . . some humanitarians care only for pity; and their pity (I am sorry to say) is often untruthful.

What pithier way to characterize Hauken’s egotistical state of mind than untruthful pity? And what terrible damage his untruthful pity, or something like it, has done.

The second text, that of Max Frisch’s great play The Fire Raisers, captures the sheer cowardice of Nordal Hauken’s state of mind, and that of the many like him. In the play, a businessman called Biedermann admits a poor itinerant arsonist into his house, partly from charity and partly from a pusillanimous inability to say no (it is difficult to disentangle the two). The arsonist gives ever-clearer indications that he intends to burn the house down, but Biedermann, again partly from blindness and social embarrassment but mostly from cowardice, refuses to recognize it and expel the arsonist. The latter burns the house down, killing Biedermann and his wife, who then go to hell.

Frisch’s play, published in 1953, is an allegory of the takeover of societies by Nazi and Communist totalitarianism, but it is of much wider application to that of any society or organization that faces destruction by those who insinuate themselves into it with the intention or desire to destroy it.

Of course, neither text gives precise guidance as to what practical steps France and other countries in a similar situation should take.

PrevThe French Ambassador to Sweden is Wrong: France is Not a Muslim Country
Vienna gunman, 20, who killed four and wounded 17 was released early from prison on terror charges because of his age, had wanted to join ISIS in Syria – but ‘was deemed incapable of an attack’Next