VARIATIONS ON A THEME OF RACE 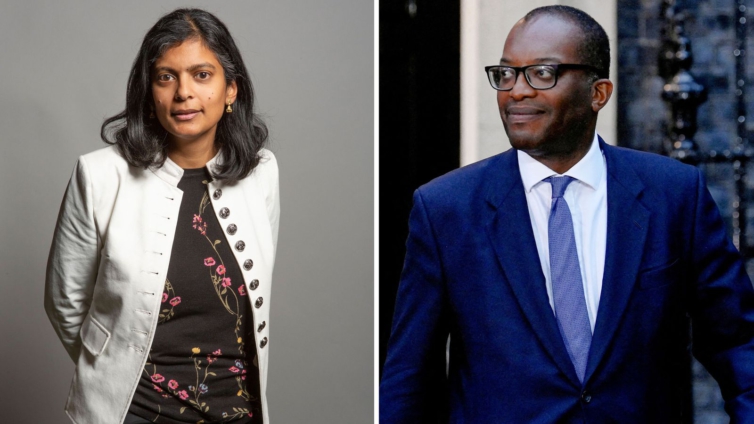 Rarely does a tribune of the Left commit an outright blunder on race, as distinct from the seamless nonsense which is their habitual mode.

Rupa Huq is MP for Ealing Central and Acton, with a comfortable majority.  Her subject and special interest is sociology, a field in which you might expect her to be informed on, well, people.  Her constituency has a heavy ethnic composition.  But she has committed a ghastly error.  Kwasi Kwarteng, the Chancellor of the Exchequer is, she said in a Labour Conference fringe meeting ‘superficially black’.  At this monstrous pronouncement, the heavens opened, and the vials of anti-racist orthodoxy were poured on her head.

Sir Keith Starmer at once suspended her from the Parliamentary Labour Party.  Huq tried to grovel but made matters only worse: ‘If you hear him on the Today programme you wouldn’t know he’s black.’  Perfectly true, but the sin of sins is to reckon that ethnics should be identified aurally as well as visually.  When Nadhim Zahawi became the Parliamentary candidate for Stratford-upon-Avon, he told the adoption meeting ‘don’t just look at me, listen to me.’  And in a brilliant speech he blew away the competition–three women, and a local stalwart–to be adopted by the audience of largely elderly Conservatives. He is of Kurdish stock whose family came to this country when he was 11.  His degree was at University College London, and he has been a successful businessman, co-founder of the YouGov polling company. In Boris Johnson’s short-lived final administration, he was Chancellor of the Exchequer, and is now Chancellor of the Duchy of Lancaster. He fits into the pattern I shall enlarge shortly.

Kwasi Karteng, whose family hinterland is Ghana, went to Eton as a King’s Scholar, then Cambridge University where he read classics and history with a First.  After a Kennedy Scholarship at Harvard, he returned to England and took his PhD at Cambridge.  From 2010 he has been MP for Spelthorrne with a safe majority.  He sounds exactly as you would expect anyone to sound with that cv. But that offends the stereotypes of the Left, for whom race is a permanent identifier, not to be expunged.  It is therefore more than a little local difficulty for them when someone of ethnic minority stock does well in a white society.

Rupa Huq, whose parents came from East Pakistan, now Bangladesh, is out of touch with British society as it has evolved.  A key class comes from the former imperial colonies, which on independence were taken over by the native peoples, the successor elite.  Naturally the new rulers did well for themselves. They also did well for their children, for whom they secured the best schooling, the best universities, the best life chances.  These children made their way to the imperial hub where they continued to thrive and now occupy prominent positions.  They all speak correct English, something that cannot always be said of the native stock who may incline to sloppy language on the grounds that it is their birthright.  Of the four most important positions in British Government–Prime Minister, Chancellor of the Exchequer, Home Secretary, Foreign Secretary–two are occupied by those of migrant stock.  The best of that stock have fully integrated into Britain and see no need whatever to complain of the evils of colonialism.  It is hard to argue that institutional racism is holding Britain back.

Rupa Huq, in spite of her heartfelt efforts to clear her good name, is now in the doghouse.  She will now sit as an independent MP in the Commons, shunned by her erstwhile colleagues.  It is tough for one whose career has been founded on vociferous anti-racism to be brought low by overenthusiasm for the true and righteous cause.  But then, as Talleyrand urged his followers, ‘Surtout, Messieurs, point de zele.’

PrevHow to Be a Post-Prince?
American Democracy Is in ExtremisNext