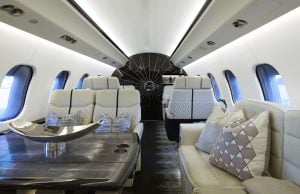 If you want to seize an oligarch’s plane you’d better have deep pockets.

First you have to get a writ from the high court, then you have to get permission from several agencies at the airport to approach the plane and seize it. You can’t do that without very expensive lawyers and it can quickly run into hundreds of thousands of dollars, millions if the party disputes it.

If you are successful in getting your hands on the jet, then all sorts of other problems arise.

You become responsible for the aircraft’s storage costs, its airworthiness certificate and its maintenance costs,  add on another few hundred thousand.

Then you have to deal with any liens that have been registered against the plane, which can be from all around the world and have to be verified.

Any valid ones that have been registered before you, get paid out first and the oligarchs usually make sure there’s friend’s liens on it far above the value. Their pals all get paid out on the liens before you even get a penny.

Next you have you have to pay the agents who seize it (bailiffs, in real terms) and they don’t work for free. Usually they charge about 10% of the amount owing but in the case of seizures due to sanctions there will be a different scale, it’ll still be in the hundreds of thousands of dollars for a private gulfstream jet

The bailiffs won’t touch anything, especially aircraft and marine vessels, without hiring a full expert team who have to understand all of the legal requirements for operating the craft. The person seizing is also responsible for insurance of the item and the cost of relocating it to a place where it can be sold, including the pilot’s wages (and then pay storage there) but it can’t be moved until that very expensive airworthiness certificate is validated.

Then you also have to be aware that if the owner is successful in overturning the seizure then you have to deliver it back to him in the same state it was when it was taken. If looters have been on board then you have to foot the bill to replace the missing equipment.

At the end of it all you have to find a buyer and those buyers know that we’ve got a fire sale going on and only pay pennies on the dollar. If they can’t find a buyer then it’s sold for scrap and there’s nothing left to pay all of those legal and logistics costs

Guess who ends up paying those bills? You and me, that’s who.

So, all of those Russian owned jets that have been grounded and seized mean nothing at all to the oligarchs who own them, but they mean hefty bills for us and nobody has to explain the point of it all. They could easily be in storage for years.

They’ll sit for months in storage until this Ukraine situation is behind us and then more than likely they’ll be returned to the Russian owners because they’ll be able to prove ( at least legally prove) that they had nothing to do with Putin and his war.