Winston Churchill and the Courtesan 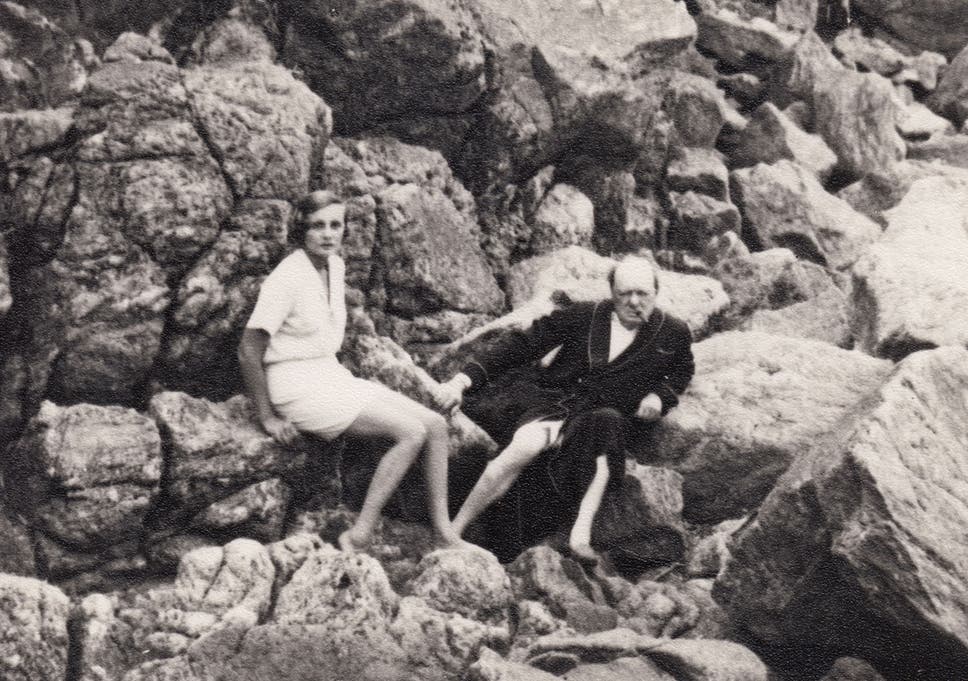 Oh what a little moonlight in the Riviera can do. There may be many other knights like this, and some will have something to say that’s new, but there will never be another you.

At this moment of commemorating the 75th anniversary of the official end of World War II in Europe on May 8, 1945, and when countries are engaging in the fight against the pandemic Covid-19, the world remembers the struggle against the earlier terrifying enemy, Nazi Germany, and the rhetoric and actions of Western political leaders in fighting that enemy and convincing their populations this was essential for defense of human values. Brilliant oratory and eloquence reached its height in the speech made by Prime Minister Winston Churchill in the House of Commons on June 4, 1940, after the “victory of Dunkirk” when 338,000 British troops were rescued from France, that informed the parliamentarians, of existing problems but prepared the country for eventual success. It has been rightly said that Churchill took the English language and sent it into battle. This was never more true than in his eloquent passage in the speech, “We shall fight on the beaches… we shall never surrender.”

No one can deny that Winston Churchill was a great leader, the leader of a people in times of stress, the indispensable man, in the words of Conrad Black. In what might have been an unintentional self-portrait, Churchill in an article, “Moses: the Leader of a People,” first published in the Sunday Chronicle of November 8, 1931, referred to Moses as “the greatest of the prophets who spoke in person to the God of Israel, he was the national hero who led the chosen people out of the land of bondage and brought them to the very threshold of the Promised Land, he has the supreme lawgiver who received from God that remarkable code on which the religious, moral, and  social life of the nation was so securely founded.” Churchill was in secular terms the embodiment of those qualities and aspirations.

Churchill was a leader almost everyone has come to admire. He will never be forgotten but he has returned to the spotlight by publication in a new documentary of a part of his personal history unknown to the world, though rumors have persisted about it. It is the alleged story of a sexual affair that lasted for four years, years when he was in the political wilderness, despite his long, and seemingly happy marriage to Clementine Hozier, whose paternity is a subject of dispute, from 1908 for 56 years until his death.

Churchill was not a philanderer and otherwise was a model of marital fidelity but there was this dalliance, in his visits in the Riviera, a sunny place for shady people. It was at one of these, at the Chateau de l’Horizon near Cannes owned by Maxine Elliott , that he had what appears to be an affair. Maxine Elliott, originally from Rockport Maine, had been a successful stage actor for 30 years, but was also known as the lover of powerful men, among them,  J.P. Morgan, Charlie Chaplin, King Edward VIII, and others. She built her home, a modernist villa, in 1932, a white palace set on water on the shores of the Golfe-Juan at Vallauris. It became a place for celebrities, Lloyd George, Duke and Duchess of Windsor, and Noel Coward, who crafted an image of himself, a study in pose and poise. After Elliott’s death, the villa was owned by Prince Ali Khan and the venue for his marriage reception to Rita Hayworth in May 1949.

Churchill was a guest at the Elliott villa, unaccompanied by Clementine, between 1933 and 1939. It was there that Winston had a relationship between 1933 and 1936 with Lady Doris Castlerosse, whom he also met in a house in Berkeley Square in London. This lady, born in 1900 of humble background, the child of a haberdasher of French origin, was married in a registry office in London 1928 to Valentine Browne, courtesy title of Viscount Castlerosse, a popular gossip columnist for the Sunday Express owned by Max Beaverbrook. He was not well off financially but he did have an aristocratic title, even though a courtesy one. He was well known socially and became a character in the novel Vile Bodies by Evelyn Waugh.

Doris had worked as a “hostess” in a fashionable nightclub off Bond Street, London, sold second hand gowns to actresses and had become friendly with the well known actress Gertrude Lawrence, then mistress of a Household Cavalry officer, and lived with her in her apartment in Park Lane and drove around together in a Rolls Royce.

Doris, beautiful and ambitious, was a notorious courtesan, who had a luxurious life style off wealthy men, and had numerous affairs including one with Winston’s son Randolph when he was age 21, and another surprisingly with Cecil Beaton, the fashionable photographer always assumed to be gay. Doris, reputed to know certain sexual tricks and to have “racehorse legs,” remarked, there is no such thing as an impotent man, only an incompetent woman. Among her other lovers were the American multimillionaire “Laddie” Sanford, polo player and owner of the horse that won the 1923 Grand National race in Liverpool, the first American owned horse to do so. Sanford left her to have an affair with Countess Edwina Mountbatten. He was replaced with Captain Gordon Halsey, and Sir Edward Edgar, Canadian stockbroker, 25 years older than Doris, and Sir Alfred Beit, diamond millionaire.

Doris was noted for certain luxuries: wearing white opera gloves, secretly getting a pair of silk stockings imported from Paris every day and having hundreds of pairs of Italian shoes. The mottos ascribed to her are racy; that a woman had nothing to trade except her body; and that an English woman’s bed is her castle. She thought of writing a book, “Around the World in 80 Beds.” With the World War II she moved to Venice, where she lived with an alleged lesbian Margot Hoffman, New York socialite, and got from her a building, later owned by Peggy Guggenheim. Doris then followed Hoffman to the U.S., where she ran out of money, and then back to London with the help of Churchill who got her a seat on a rare flight to UK  where she died aged 42 in the Dorchester Hotel allegedly of an overdose of sleeping pills. She is known today by the fact she was the great aunt of Cara Delevinge, supermodel and actress.

It was known that Winston knew Doris in France, and in fact painted her three times. But the documentary of the relationship between them is based on a previously undiscovered audio recording by John, “Jock,” Colville who was private secretary of Winston. Those who doubt the authenticity of the story argue that Jock did not become private secretary until May 1940 so the tapes are secondhand information, and may not be true. Any correspondence between Winston and Doris was probably destroyed by Clementine who herself was rumored to have had a short affair on a cruise in 1935 with a fellow traveler Terence Philip, an art dealer.

Churchill wrote, “history will judge me kindly because I intend to write it,” as he did in an outpouring of works. One can admit he did make mistakes in his long public careers: sending troops to help police against striking coal miners in Tonypandy, Wales, in 1910-11. He took part in the “Battle of Sidney Street,” Stepney, London, the siege to capture supposed Latvian anarchist revolutionaries in 1911, his failed strategy and costly defeat in the Gallipoli campaign in February 1915- January 1916, and his admiration at first in 1927 for Benito Mussolini, charmed by his gentle and simple bearing and his calm detached poise in spite of so many burdens and dangers.

But Churchill was right on the major issue of his time , the fight against Nazism. This is universal recognition. In 1963 Winston became the only recipient of honorary U.S. citizenship  given to a living person, an honor especially pleasing for him since  his mother had been born in Brooklyn, and also had an affair with the then Prince of Wales. President Donald Trump is not renowned as a student of world history, but he was astute enough to restore the bust of Churchill made by Jacob Epstein, and given to President Lyndon Johnson in October 1965, to the Oval Office on January 19, 2017 immediately after assuming the Presidency.

Yet in spite of the interlude with Doris the image of Churchill has not been tarnished. His affair with Doris did not expose him to blackmail or prevent him from governing Britain and seeing it to success in the war. He held on when some influential people called for a peace treaty with the Nazi regime, and were skeptical of his wisdom.

In Winston’s own words, the destruction of the great has become a passion for those who cannot suffer greatness and will never have it believed. In view of Winston’s belief in the fraternal association of the English- speaking peoples, and the famous Iron Curtain speech delivered on March 5, 1946 in Fulton, Missouri, it is worth considering whether some eloquent words are pertinent to Winston.

In his extraordinary speech on January 27, 1838 at the Young Men’s Lyceum in Springfield , Illinois, Abraham Lincoln, musing about slavery and divisions in the U.S., asked  “is it unreasonable to expect that some man possessed of the loftiest genius coupled with ambition sufficient to the utmost stretch will at some time spring up among us?”  In spite of Doris, Churchill is the obvious candidate.