Woke is for the Birds 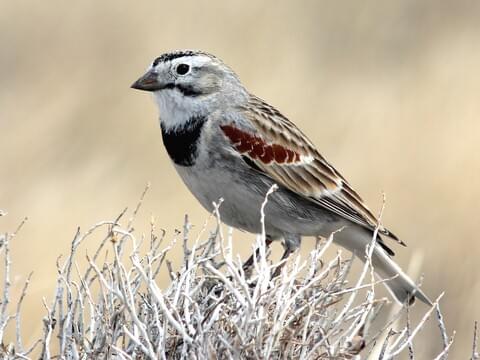 Hundreds of these creatures have eponymous names that celebrate the explorers, bird watchers, or colonialists who discovered them, some of whom who have been connected with slave owners or white supremacists.  A new controversy in the U.S. is dispute over calls for the removal of bird names that celebrate those accused of colonialism. Instead of hail to thee, blithe Sprit, the cloud of fire with profuse strains of unpremeditated art, it may be here I go, winging low, bye, bye blackbird, or hoping the swallows will come back to Capistrano.

Woke has taken the toll of the great and of less mighty creatures. Churchill, Theodore Roosevelt and Lord Nelson have been toppled or defaced. Woke has also infected insects whose names are considered inappropriate or offensive to minority groups. Farewell to the gypsy ant, the Oriental rat flea, Asian needle ant, and the West Indian cane weevil.

Woke is for the birds. A group “Bird Name for Birds,” in 2020 launched a campaign to change names of birds named after people, eponyms. It urged the American Ornithological Society to acknowledge the issue of eponymous and honorific common names of birds and to outline a plan to change harmful common names. The assumption is that the names are problematic because they perpetuate colonialism and racism. Current events in 2020 and the BLM movement led to emphasis on reevaluating names.

The drive is on for renaming the more “harmful colonial” names of more than 100 eponymous bird species in North America linked to an individual, a white American or European naturalist. The woke campaigners argue, using the image of the toppling of monuments in recent years, that eponymous names of past historical figures accused of being tied to slavery or white supremacy, are essentially “verbal statues” and must fall, as Rhodes must fall, since they do not reflect the inclusive community, rather than colonial links.

There has long been concern about the use of eponyms in many disciples and aspects of social life. A few examples may suffice. Names associated with Nazi policies or scientific experimentations, such as Reiter’s syndrome or Wegener disease, have been eliminated. NASA removed nicknames for objects regarded by some as insensitive or harmful. One unexpected example is “Eskimo” viewed as a colonial term with a racist history imposed by non-native colonizers on the indigenous people of Arctic regions. Therefore, NASA’s planetary Nebula is no longer referred as to as the “Eskimo” Nebula.

Universities have been active, at least in this enterprise. The University of Cambridge removed the stain glass window memorializing Ronald Fisher, supporter of eugenics. Cold Springs Harbor Laboratory has removed the name of biologist James Watson from its graduate program. Francis Galton and Karl Pearson, eugenicists, have been removed from UCL. The Washington football team retired its nickname “Redskins” and replaced it with another name that will have no link to Native American imagery. President Baruch Obama in September 2015 changed name of Mount McKinley, name of 25th president, to Mount Denali, a name of the local people.

Traditionally, watching birds has largely been a white activity with fewer racial minority individuals as birders, naturalists, or ornithologists. Over the last year people of color in London have formed a group, “Flock together.”   It has made proposals that the names of those birds considered undesirable be changed. The most extreme is that all birds named for white people be renamed. Names of birds have commonly been assigned by taxonomists, who determine the relationships between  species, but the name can be change if found undesirable names. Following a confrontation in Central Park, New York between a white woman walking her dog and a black birdwatcher on May 25, 2020, the same day as the death of George Floyd, the Black Birders Week, BBW, was founded.

Woke warriors are behind a drive to rename hundreds of bird species that are said to honor people with connections to slavery and colonialism. The group Flock Together is drawing attention to problematic bird names.  Eponymous common names are held to be “verbal statues” and must fall. They are expressions of issues of racism, colonialism, sexism, and other undesirable association, especially white supremacy, power and authority. Two birds already have had names changed. One is McCown’s Longspur; this is named after John McCown, Confederate General in the Civil War, but also ornithologist, who was a collector of birds, shot a pair of larks he saw in a Texas prairie. The bird has been renamed, thick billed long spur. The other bird is Oldsquaw, a politically incorrect word regarded as a slur against women, the elderly, and indigenous groups, and now renamed “long tailed duck.”

The names of a few of the number of other birds due to be renamed to have less offensive names may be mentioned.  MacQueen’s Bustard is due to be changed because British army officer General Thomas MacQueen collected animals in India, and shot one of the birds.

Blyth’s Reed Warbler is to go because of Edward Blyth, a 19th century British zoologist who worked most of his life as a curator in an art museum in Calcutta.

Bachman’s Sparrow  is named after a person connected to the Confederacy.  John Bachman was an American Lutheran pastor in South Carolina, slave owner and social activist, and supporter of the right of a state to secede from the Union. Six species of birds, including Fruit Dove,  are named after the British naturalist  Alfred Russel Wallace  who independently of Charles Darwin conceived the theory of evolution through natural selection.

Three birds are   named after the 19th century, James Sligo Jameson, heir of the whisky distillery family, who was a member of Henry Morton Stanley’s fiasco expedition of the Congo in 1888, and who purportedly traded six handkerchiefs in exchange for a ten year old native girl slave who was killed by the local tribe.

Name changes are likely to affect  the National Audubon Society, incorporated in 1905,   which is  named  after the ornithologist  John James  Audubon, slave owner, who identified 25 new species of birds, but has been accused of falsifying scientific data. After the battle of San Jacinto in 1837, Audubon toured the battlefield to collect a number of skulls of the fallen Mexican soldiers, and sent the heads to a doctor of phrenology who was grading skull dimensions.

One of founders of Bird Names for Birds has argued that the current system for determining     common bird names  reflects  colonialism in ornithological history since nearly every North American bird  name  tied to a person   can be traced back to a white American or European  naturalist. However, there are two crucial questions. One is whether the eponymous bird names have caused harm or created social injustice.  The other is whether renaming birds is or will improving the   landscape of racial and social injustice, or promote desirable social change.

At least no change should come to three specimens of American society. Charlie Parker will retain his nickname “Bird,” and his tune Ornithology will remain written over the chord progression of How High the Moon. And Alfred Hitchcock’s film The Birds can still be enjoyed even if black crows are fighting white supremacy. And we’ll still have flamingos flying high in the sky.

PrevMahmoud Abbas Prepares List of Demands On Israel If Negotiations Are to Resume
Not Dead Yet: Feminism, Passion, and Women’s LiberationNext