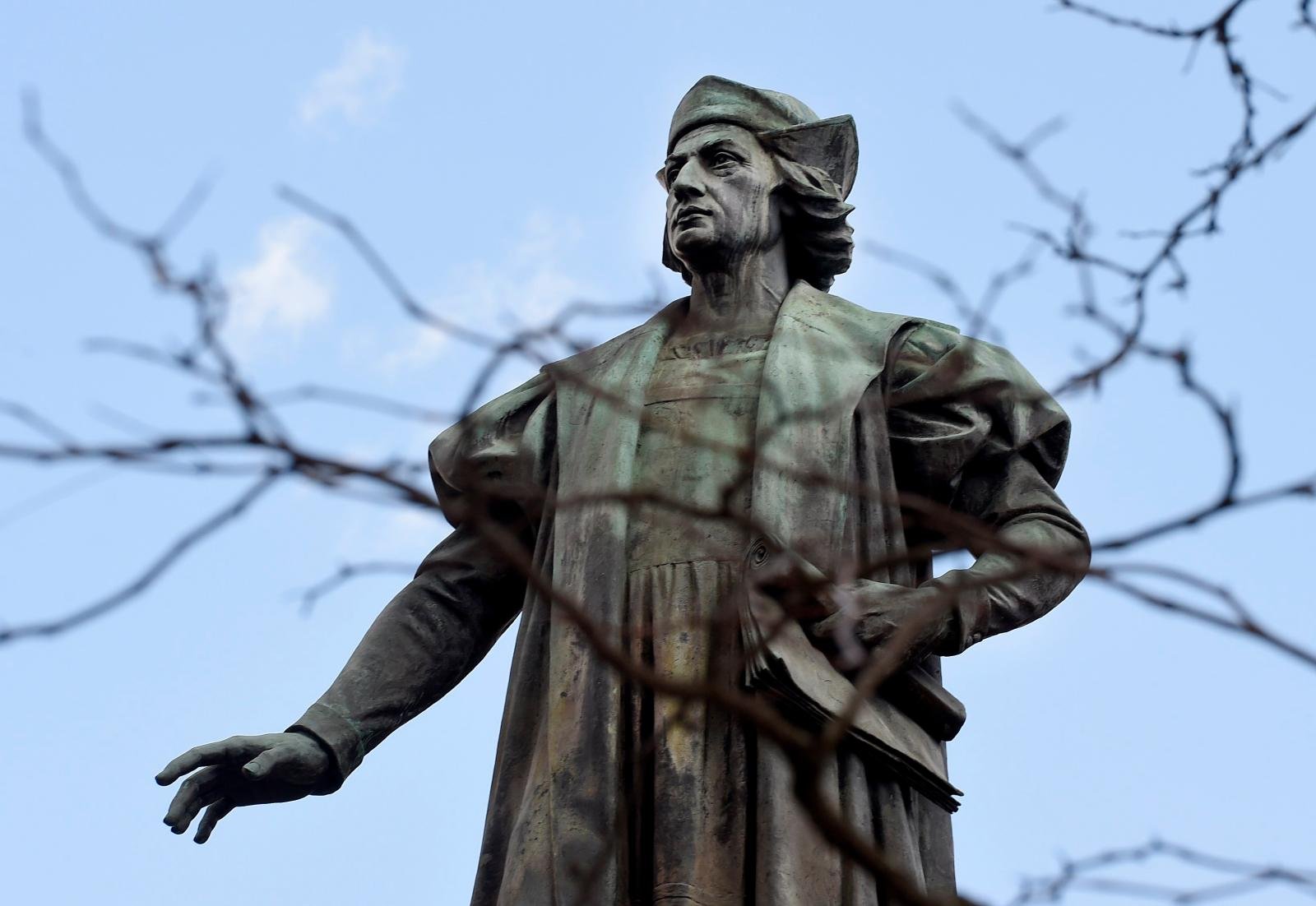 The rhetoric of two false-flag operations bedevils Americans, the country’s presidential election notwithstanding. The virtuous-sounding words of the intersected Indigenous People’s ideologists and the formal Black Lives Matter, Inc. movement mislead the public by distorting the United States’ past.

Last summer the two-story tall bronze of Christopher Columbus—a gift from Genoa, Italy that had stood before City Hall in Columbus, Ohio for decades—was hoisted onto a flatbed truck. The functional discoverer of the New World had to go, declared Andrew Ginther, current mayor of my old hometown, because “for many people in our community, the statue represents patriarchy, oppression and divisiveness. That does not represent our great city, and we will no longer live in the shadow of our ugly past.”

When exactly was that ugly past? Mayor Ginther, a Democrat in his second term—re-elected unopposed in what a generation ago was a competitive Republican-leaning city—did not specify.

But some anti-statue activists harked back centuries to indict Columbus for launching a genocidal displacement of American Indians, including the Shawnee, Wyandot and Delaware tribes of Central Ohio. As if that, rather than a short-cut to the East, had been the explorer’s aim.

The mayor did not call for payment of reparations to descendants of the survivors, many generations distant. He did not demand that the non-Native Americans among his city’s 890,000 residents decamp. That would have been nearly all of them, himself included.

He did not mention the continuing patriarchic oppression of many Native Americans. The Great White Father in Washington, D.C. still oversees what are euphemistically termed reservations.

The anachronistic federal Bureau of Indian Affairs has failed to reform conditions on those large-scale, semi-confinement camps. They are marked by some of the highest rates of alcoholism, poverty and suicide in the United States. But Hizzoner was silent on all this.

So maybe the early-morning removal of Columbus’ statue really was about something else.

Which brings us to Black Lives Matter. “Say their names,” we are instructed, when it comes to George Floyd, Breanna Taylor and other African Americans wrongly killed by police. A number of such homicides have been caught on camera.

But they are not part of an epidemic. The United States is a country of nearly 330 million people, 44 million of them African Americans. Fourteen unarmed blacks were shot by police last year.

More frequent are cases like that of Makiyeh Wilson, 10. One evening in 2018, she stepped out of her Washington, D.C. house to buy a treat from an ice cream truck. A car pulled up and, according to a news report, “four masked men jumped out and opened fire, spraying bullets in all directions.” Makiyeh, hit in the chest, died with ice cream money still in her hand.

Cases like that of Natalia Wallace, 7, in Chicago, shot this past July 4 outside her grandmother’s home as she played with other children. A news story said a vehicle stopped, “an unknown number of people exited and fired in her direction.” She recently had completed first grade at Crown Community Fine Arts Academy.

Natalia was one of 105 Chicago homicide victims to die in July. Most were African Americans killed by other African Americans. If body camera video of the shooters in action existed, like that of police using and sometimes misusing their weapons, what other names would we be saying, not in dozens but in hundreds?

“We talk about Black Lives Matter, but at the end of the day, we’re killing each other off, we’re killing our babies,” said Natalia’s aunt, Natalie Wallace. The girl’s father, Nathan Wallace, said he did not want to see police scaled back but rather more officers in city neighborhoods. In that he reflected majority African American opinion, according to recent polls.

So, what is the organized BLM movement, with its insistence on “systemic racism” and calls to defund police actually about? What do self-proclaimed woke progressives overturning statues of Columbus, Washington, Lincoln, Frederick Douglass and Theodore Roosevelt really want?

To make citizens in history’s most democratic, most prosperous experiment in self-rule too ashamed of their country to defend it from an attempted power grab by the reactionary left and racialists of color. Not only Boomers should recall The Who’s “Won’t Get Fooled Again.”

The writer, author of Jews Make the Best Demons: “Palestine” and the Jewish Question, earned a master’s degree in American history from Ohio State University.