You Must Remember This: Petain and Vichy 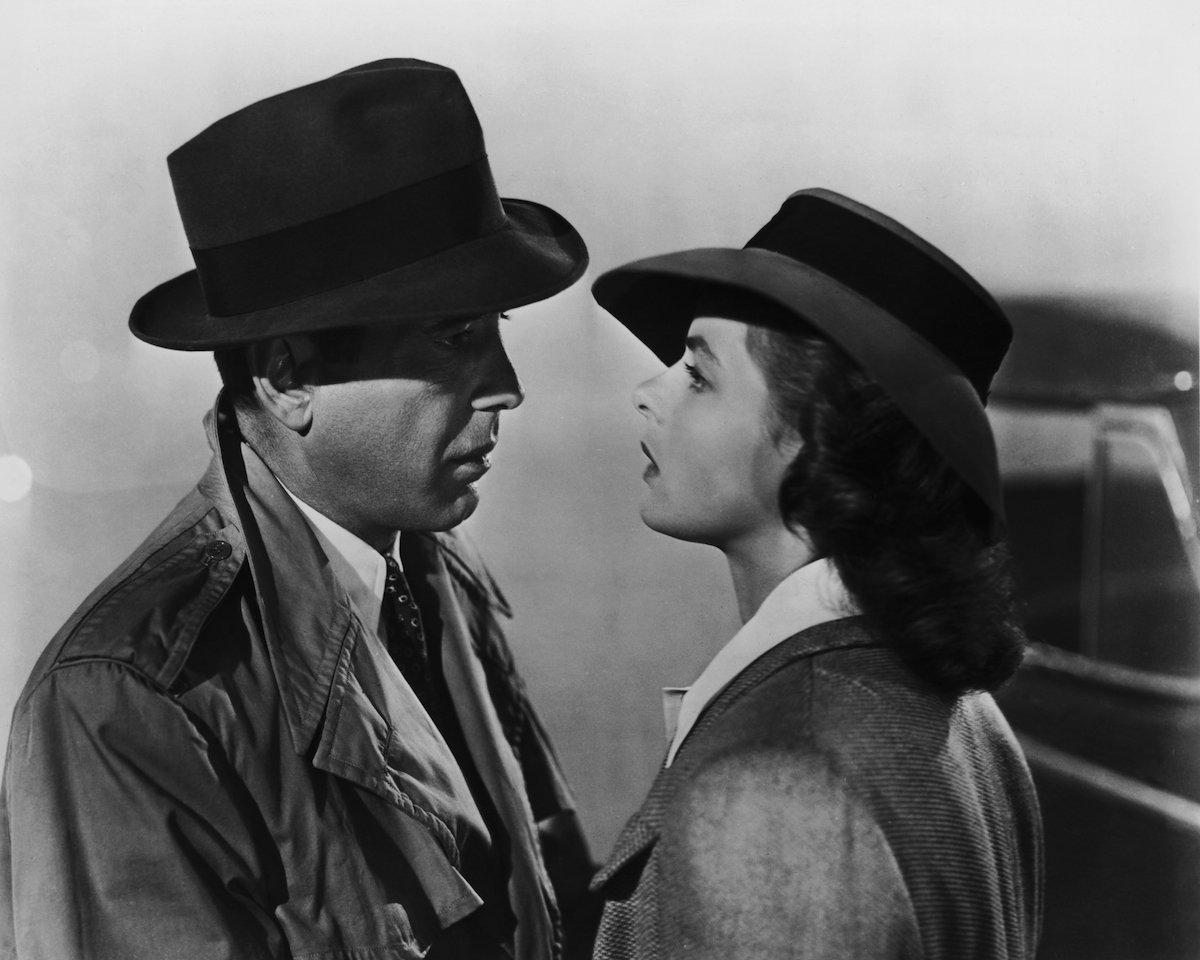 As time goes by, there is a consensus that Casablanca, the story of the cynical hard drinking American expatriate night club owner choosing between his love for a woman or helping her and her husband, a resistance hero escape from the town of Casablanca, a complex town controlled by the Vichy state under Nazi occupation, is one of the greatest films of all time. Its characters, dialogue, theme song, have become iconic. We’ll always have Casablanca. It is a film of moral ambiguity, that can be seen either as a theme of love and sacrifice, or as a political allegory about resistance against Nazism.

However, this brilliant film has a flaw. In one scene the camera focuses on the prefecture of the corrupt chief of police on the wall of which is the motto of the French Third Republic, “liberty, equality, fraternity,” inherited from the 1789 French revolution. But the Third Republic had been ended in May 1940, and its motto had been officially replaced by the slogan, “work, family, homeland,” of the new French State, popularly known as Vichy. The differences between the two mottos are still pertinent in French politics and culture today.

Some political and cultural problems are easy to solve, even if costly. Scotland recently spent seven months of research and $162,000 to create a new slogan that would increase tourism. It finally came up with a banal slogan, “Welcome to Scotland.” There is no easy solution for France which has been and remains  a sharply divided society still confronting its history of the World War II years, the defeat of the French army by the Germans in June 1940, the end of the Third Republic and its replacement by the French State  headed by 84 year old Marshall Philippe Petain, regarded as a hero of Verdun in World War I, located in Vichy, a spa in the Auvergne.

The Vichy régime participated in persecution and discrimination of the Jewish population, by aryanisation of property, propaganda, antisemitic ideology, anti-Jewish legislation, roundups, deportation to death and concentration camps. In view of this antisemitic attitude, it is a paradox that after the War, 75% of the Jewish population in France remained alive, the result of complex religious, cultural, and international factors. This can be compared to extermination of  80% of Jews in the Netherlands, and 45% in Belgium.

Nevertheless, 75,721 Jews were deported from France, and fewer than 2,000 survived.  Persecution was extensive.  Jews were banned from professions, civil service, journalism, business, entertainment, refugee Jews were held in concentration camps under French control, antisemitic legislation affected all Jews, and the tragedy of Vel d’Hiv occurred.  French police carried out the first mass arrests of Jews in Paris in May 1941, and the first French deportation train left on March 12, 1942. The most infamous event, the roundup by French gendarmes, using batons and hoses, of 13,000 Jews took place on July 16-17, 1942 when the victims were taken to the Vel d’Hiv indoor bi-cycling stadium in Paris before being deported  to Nazi camps.  They included 7916 women, 1129 men and 4115 children.

By the so- called National Revolution, France would be rescued from the decadent Third Republic, and returned to purer values. The controversy continues. Was France guilty of contributing to the Holocaust, and who was responsible?  First, were collaborators and sympathizers with the Nazis only a minority of the population and was Petain the “shield,” protecting France and the French people as much as it could within the country, while General de Gaulle abroad was the “sword.” A second defense was that Vichy could do little while the Germans occupiers were responsible. A third point is that Vichy tried to protect French national Jews by collaborating in the persecution, the deportation and ultimately extermination of foreign Jews in France.

Vichy had its defenders and supporters, past and present, including intellectuals. politicians, and officials, as well as outright  right wing antisemites. Among the most prominent were Charles Maurras, for whom Vichy was a “divine surprise,” Rene Bousquet, Jean Leguay, Maurice Papon, Pierre Drieu La Rochelle, Robert Brasillach, Lucien Rebatet, and Louis-Ferdinand Celine, the acclaimed literary figure  whose work, Journey to the End of the Night, published in 1932  became a classic, but the author of virulently antisemitic tracts.

It was long argued the Vichy regime had not been responsible for the antisemitic events. The first admission that this was untrue and that the French State had been complicit in the Holocaust was made  by President  Jacques Chirac  in 1995, and more recently was reiterated by President Emmanuel Macron  at a ceremony at the  Vel d’ Hiv site when he denounced the French state role in the event and more generally the 75,000 Jews deported from France to Nazi camps. Vel d’Hiv was indeed organized by the French.  Not a single German was involved. Macron argued that it is convenient to see the Vichy regime as “born of nothingness, returned to nothingness, yes, it is convenient, but it is false. We cannot build pride upon a lie. It was indeed France that organized the round up, the deportation, and thus, for almost all, death.”

It is surprising that the argument to defend the Vichy regime and to hold that Vichy sacrificed foreign Jews to protect French Jews has emerged in recent months. Eric Zemmour is a 63-year-old Jewish TV personality and author, who is believed to be testing the waters for candidacy for the Presidential election in 2022. Zemmour, whose parents were immigrant Berber Jews from Algeria, does not deny the Holocaust but either sincerely or to gain support of the right wing vote that normally goes to Marine Le Pen, makes an argument that is likely to appeal to nationalist and racist elements in French society. It is that Marshal Philippe Petain attempted to protect French Jews from the Nazis by collaborating in the round up, deportation and death of foreign Jews. Though Petain was a bitter antisemite, Zemmour does not see him as a criminal racist or a supporter of the Final Solution. Zemmour argues that Vichy has been misunderstood and misrepresented: there is a difference between morality and political efficiency. Vichy, he says, saved some French Jews.

Zemmour is not immune from controversy. In his 2014 book, The French Suicide, he wrote that France is in decline, and that its traditional values are being replaced by gender equality, race, gay rights, and immigration. Zemmour says his ideas have support, but people are afraid to speak out lest they be called racist or homophobic. Guilt over Vichy, he argues, lies at the very heart of French self-loathing, even today.

France is indeed still confronting its history about Vichy, a collaborationist regime while France technically was at war with Germany. The illusion of legitimacy created by Vichy was helpful to Germany since it delayed the need to send troops to Southern France which at first was unoccupied and administered by the Vichy regime since the Germans did not have sufficient forces to occupy all of France.

How guilty was Petain?  It was Petain on June 17, 1940 who declared that France was seeking an armistice with Germany, and who shook hands with Adolf Hitler in Montoire on October 24, 1940. Was he a semi senile figurehead, manipulated into being the Head of State of Vichy or was he an active antisemite, a willing collaborator?  More broadly was wartime France largely a victim of Nazi occupation, with only a relatively small number of collaborators or was it an instrument of the Final Solution?

Already in a book published in 1946, the former Vichy foreign minister Paul Baudouin, wrote of Petain’s “severe” approach to the Jews, and that  it was Petain not Pierre Laval, usually seen as the villain, who called for harsher actions against Jews. In October 2010 the draft of a significant memo, annotated by Petain was made public for the first time. A copy of the original October 3 1940 text of the fervent antisemitic legislation reveals that Petain completely redrafted the memo to make it even harsher according to Serge Klarsfeld, internationally known, with his wife Beate, for anti-Nazi activities. Jews were barred completely from jobs in education and the law, and prevented from running for public office.

The typewritten document had handwritten additions that toughen the law, expanding proposed bans on public positions for all Jews, national as well as foreign, not simply foreign Jews, widening the exclusion of Jews from society and public sector jobs, and defining Jews on the basis of social criteria.  What is crucial is that the statute was adopted without any pressure from the Germans; it was a wholly indigenous statute.

Whatever his political ambitions, Eric Zemmour should think again. Vichy was antisemitic, it enforced German antisemitic ordinances, upheld persecution of Jews and it sent 75,000 Jews to their death. Petain was not the shield of France. Humphrey Bogart would not greet Petain with “Here’s looking at you, Marshall.”

PrevWhat my mother taught me about charity
OUCH! EASY RIDINGNext