Educational expenditures must increase, we’re told, though we know the problem lies elsewhere. 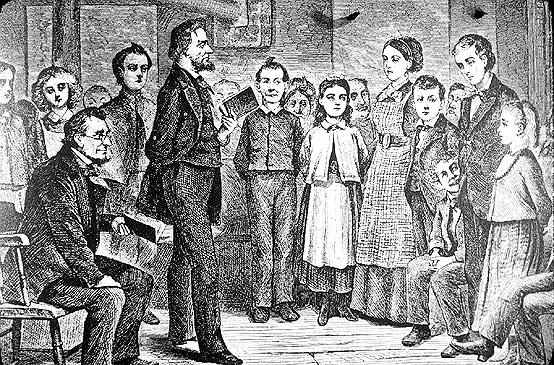 Walking in the main shopping street of my little town in England recently, I was accosted by a canvasser for the local Labour Party candidate in the snap election. (The Conservatives do not have to campaign in my town because they could put a woodlouse up for election and it would win hands down.)

The canvasser was a pleasant lady, and I stopped to discuss educational policy with her. Both main political parties think that more money should be allocated to schools. I said that I did not believe that the abysmally low level of education and culture in much of the country was caused by a lack of money. We spend, on average, $100,000 on a child’s education and yet an uncomfortably large proportion of our children leave school with reading and math skills below those stipulated for 11-year-olds. Moreover, the proportion of such people has remained more or less constant for the last 40 years, despite vastly increased expenditure. The problem, therefore, is not lack of funds, as the canvasser’s party pretended that it was, but something much deeper and harder to solve.

The canvasser was a retired teacher who had taken her retirement as soon as she was able, largely because of the immense number of irrelevant, time-consuming, boring, and intellectually dishonest bureaucratic procedures imposed upon teachers—procedures funded, as it happens, by the increases in education spending.

It also so happened that her daughter was a teacher but had quit after an unpleasant incident. She had given a 14-year-old boy a punishment for bad behavior—he was to stay in school for an extra hour. That night, the boy’s 19-year-old brother came to the teacher’s house and began to smash her car. She was frightened and called the police, who removed the perpetrator from the scene but otherwise did nothing—because, of course, nothing would have been done higher up the criminal- justice chain had they done something: so why bother?

The canvasser’s daughter did not return to teaching. She had undergone what psychologists call one-trial learning. She had taken the opportunity to get a master’s degree and find employment within the educational bureaucracy, into which no misbehaving child might obtrude.

I mentioned that many teachers who had been patients of mine had told me that if they complained to parents of their children’s behavior, the parents blamed the teachers and even became aggressive toward them. This was true in her experience, too, said the teacher.

We agreed, therefore, that there was a profound cultural and moral malaise in the country. The clear implication was that it had nothing whatever to do with insufficient government spending. The schools don’t teach and the police don’t protect, all because of a failure of nerve. We parted amicably, I to my shopping, she to canvassing on behalf of a political party that maintains that all problems arise from lack of government expenditure, problems that will somehow be solved by taxing the rich.