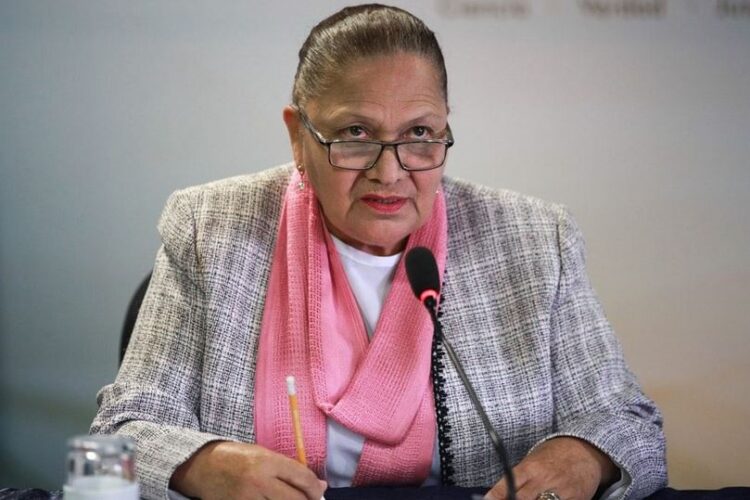 Guatemalan President Alejandro Giammattei has taken an important step toward limiting US State Department (DOS) socialist imperialism in Latin America. DOS is desperate to hide the crimes of its agents, allies, and personnel that Prosecutor General Consuelo Porras is revealing. Despite DOS intimidation, the president on May 16 reappointed Porras for a second term.

DOS will fight back by claiming, along with its legacy media and NGO partners, that Guatemala has succumbed to corruption and that it violates human rights. However, DOS has lost credibility in Guatemala. If the US public were aware of its criminality during the last 12 years, DOS would have no credibility at home either.

DOS illegally took control of criminal prosecution in Guatemala in 2010 and added the court of last resort in 2016. The results offered a glimpse of socialist abyss, so Guatemala’s authorities resisted DOS intimidation in 2021. They appointed magistrates independent of DOS for 2021–2026.

In July 2021, DOS lost control of criminal prosecution when Porras fired DOS agent Juan Francisco Sandoval of the special branch against impunity. DOS sanctioned Porras, saying she was corrupt and obstructing justice. The nonexistent DOS justification came “from media and other sources.”

Among the reasons Porras gave for firing Sandoval was that he had delayed a case to protect accused persons. Sandoval’s replacement on May 12 charged 13 people with money laundering in that case, which was triggered by a criminal referral from the US Department of Homeland Security (DHS) in 2019. The accused allegedly diverted USAID money to buy bank shares.

Sandoval, honored by DOS in 2021 as an anti-corruption champion, had obstructed the DHS investigation. DHS sought it regarding the laundering of US taxpayers’ money given to Sandoval’s friends.

Secretary of State Antony Blinken told Sandoval in a May 12 letter that his “dedication to fighting corruption … remains an inspiration to the region and the world.” Blinken handwrote: “With appreciation for your leadership.” In his tweet of the letter, Sandoval thanked Blinken and Assistant Secretary of State for Counter-Narcotics Todd Robinson. The latter committed crimes as ambassador to Guatemala (2014–2017) to co-opt its criminal-justice system.

DOS engaged in a campaign to stop Porras’s reappointment. Its agents threatened members of the nominating commission with US visa revocations if they did not vote as DOS wanted. Most of the commissioners committed a crime by voting to preclude Porras from succeeding herself on the grounds that DOS had sanctioned her. Foreign laws and actions have no validity in Guatemala; the proposed exclusion violated the law and Porras’s constitutional rights.

Acting on a challenge, Guatemala’s court of last resort ruled on the commission’s action. The ruling led to Porras being one of the six candidates from which the president had to choose.

Smith had asked Deputy Secretary of State Wendy Sherman in an April 6 hearing to accept Porras’s offer to clarify why she had fired Sandoval and to share the information with Congress. None of these members of Congress has reported an answer from DOS.

On May 11, regarding the prosecutor general appointment Giammattei stated, “I have been called, threatened, told I will be removed, and told what they will do to me.… I told an ambassador of a potent empire ‘you have not understood that while I am president of this country, which is small compared to yours, here we respect our sovereignty.’”

Giammattei added, “The self-described anti-corruption and justice crusaders were the most corrupt in the country. I was accused of a crime and jailed; I confronted the charges and proved my innocence.… These great crusaders for justice, when charged, fled to another country where they are considered heroes. We can prove the corruption that they participated in. We have the proof and evidence to support the trials.”

Giammattei’s response to DOS’s immediate attack will be the ample public record of criminality of those DOS calls anti-corruption champions. The Justice Department and Congress have important roles in exposing and acting on this information.

If Guatemala and US authorities expose DOS criminality, Latin America will have a chance at self-government. That is what Giammattei wants. “We will strengthen the independence and autonomy of the Prosecutor General Office,” he said after making his announcement, “so that it is never used again by nationals or foreigners who attempt to impose a political or ideological agenda by selective criminal prosecution.” Likewise, Porras said she would continue to focus on her office’s “constitutional mandate without any type of ideological or political bias.”

PrevHow many names of journalists killed in war zones do you know?
Islamic State group ‘trying to control’ Mali-Niger border with series of attacksNext