A Response to the Proposal for a Pandemic Amnesty 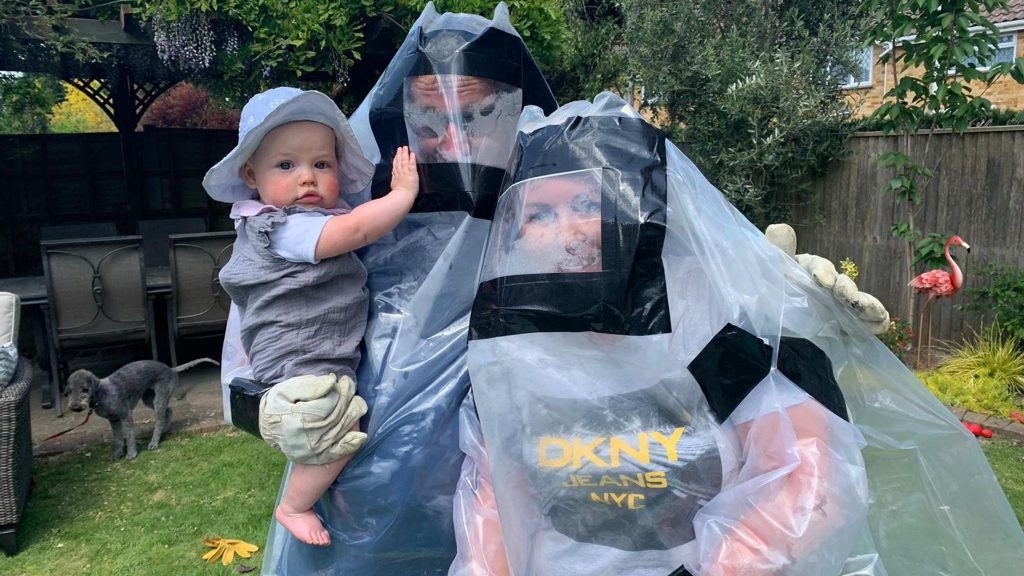 It is very hard to read Emily Oster’s “Let’s Declare a Pandemic Amnesty” article published on Halloween in The Atlantic without getting angry. To give her credit, she is the only Covidian who admits having been wrong regarding the covid fiasco at a time when some Covidians are even now insisting on face masks and additional “vaccines.” And, again unlike other Covidians, she also admits that face masks were useless, that the virus was not transmitted in the open air, that closing schools was detrimental and pointless, and questions the efficacy of the “vaccines.”

“But the thing is: We didn’t know,” she writes.

So, wouldn’t it be nice if we just moved on and not think about what happened? Nor hold people accountable?

Oster is being disingenuous.

Many of us, from the beginning, realized that something didn’t jive. Something just didn’t make sense. In April 2020, I wrote that the Diamond Princess cruise ship had been quarantined for many days because some of the passengers had contracted the Wuhan virus. Most of the 3711 passengers were geriatrics (not counting the crew). The cruise ship should have been a floating coffin, yet only 7 died.

As time progressed, everything the Covidians and the media and the politicians said was “disinformation” turned out to be accurate, and every recommendation, every assurance, every mandate, every cure they insisted on were not only worthless, but dangerous, even fatal.

The Covidians were impervious to logic, and when it came to facts, their brains were coated with Teflon—nothing would stick, nothing that contradicted their obsession. We were telling them again and again and they refused to even listen, feeling very self-righteous. They called us racists and Nazis and science deniers and white supremacists and every cliché that liberals automatically spit out in a knee jerk fashion against people who think for themselves, who are courageous, who will not instantly conform, who will not obey unquestioningly. We were insulted. We were assaulted.

Our basic freedoms were violated by politicians absolutely drunk with power, who did not adhere to their own lockdowns and face mask mandates, who insulted those of us who questioned their actions and their reasoning and who sent police to intimidate and attack us. These are politicians who shoved infected individuals in dwellings where the most vulnerable lived, resulting in thousands of deaths. In Australia, politicians even set up concentration camps and had the police brutalize dissidents. They closed schools and businesses down, resulting in a drastic loss in income while they themselves kept getting a regular paycheck. They forbade weddings, proms, graduation ceremonies, dances, attending the Olympics, vacation trips, churches and synagogues as being “superspreaders” (which was false). We were prevented from being with loved ones at their time of death and they died alone.

The “vaccine” was never a vaccine, it was an experimental drug. A true vaccine is the introduction of an inert form of bacteria or virus into the body for the immune system to naturally build up antibodies to that disease. The covid “vaccine” uses a different experimental approach altogether, called gene therapy, using mRNA.

A regular vaccine takes years to develop and, equally important, rigorous testing through Phase I, Phase II and Phase III trials. People who refused to submit knew this. And they remembered the thalidomide and cisapride (Propulsid) tragedies. None of the faux vaccines went through this process.

Some advocates of the “vaccines” collapsed before cameras while touting their benefit.

Yet, doctors and hospitals refused to treat patients who were not vaccinated and even refused to consider alternate, proven, treatments to patients with covid. As for those nurses and doctors who rebelled, they were persecuted—and still are.

Incidentally, the CDC admitted to have lied to the public.

And now, we are asked to forget about it and not hold any of them accountable. These same politicians are still around, these same journalists are still suppressing facts, these murderous pharmaceutical executives are counting their money in their mansions, and these equally murderous politicians who killed thousands of the elderly are seeking reelection or looking for another gig.

And we are expected to forget what they did to us “and just move on?”

I don’t think so.

Armando Simón is a native of Cuba, a retired psychologist and author of A Prison Mosaic and Orlando Stories.

PrevKaren Kataline interviews Diane Weber Bederman on the Bullies of Woke
EXCLUSIVE: Anthony Mundine claims Aboriginal Australians are MUSLIM and share identical beliefs – as boxer admits he turned to Islam because Christianity was too confusing for himNext