A WORD FOR HILLARY 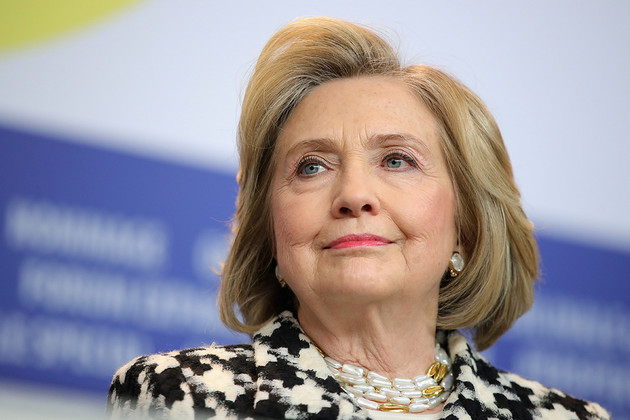 My mind often surprises me, as it does when I think of the title above—for I am used to having contempt for Hillary Clinton.  For one thing, a politician should not be a fool.  Holding a safe New York seat in the Senate, which she in effect inherited from Daniel Patrick Moynihan, and from which she could have been as powerful as he was and as unbeatable, she gave it up to take orders from a pisher named Barack Obama.  And such orders!  She supported, as Secretary of State, Obama’s contemptable priorities in the Ben Ghazi affair in 2012—and then had the arrogance to ignore the blood on his and her hands,  and then to accuse Republicans mourning the deaths of Ambassador Chris Stevens and three others of crassly politicizing a tragedy, a song still sung occasionally by Democrats a decade later.  But I am beginning to speculate on what things might be like were she president now instead of Joe Biden.

I have gone on record twice now on Biden’s in-effect making rules for NATO to deny membership to Ukraine.  I have suggested—more than merely suggested—that Biden feared putting American troops in harm’s way protecting a NATO nation from Russian aggression, and is therefore guilty of allowing Putin to interpret Biden’s No to Ukraine as a green light to the Russian military, whereas a Yes would mean a red light or a cautionary yellow at the very least.  Such an action is consistent with Biden’s abandonment of Afghan women to Taliban savages.  It should be perfectly obvious by now that Biden lacks what Churchill called “martial vigour.”

Or I try to be fair.  Here’s an attempt.  While Putin’s claim that he is trying to de-Nazify Ukraine is utter nonsense, there is the complex issue of the Ukrainian military incorporating independent militias into the army or national guard, increasingly after the Russian invasion of 2014 and especially after the invasion of 2022.  Some of those militias were far-right enough to be characterized, with  inconsistent logic, as “neo-Nazi.” Notably the “Azov Brigade” which has done major battle with Russians in the Dombass region.  It may have been a mistake for the government to “officialize” such units, thereby giving Putin some credence with Russian true-believers and fools; on the other hand it would be suicidal to say no-thank-you to units which do not measure up to the strictest democratic virtues and are “only” anti-Russian and pro-Ukrainian.  Perhaps—it is possible—that Joe Biden reasoned, “No, we cannot have in NATO a country which has among its military any unit with a ‘fascistic’ temperament.”  Yes it is possible, but I judge it is as probable as his ever having heard of such a unit.  So I have to settle on my view that Biden just does not want to put American “boys” anywhere near possible danger: the general liberal trivialization of the profession of arms.

But I suspect that Hillary Clinton, in spite of her vices, simply has more gonads—metaphorically speaking of course—than Biden.  I am not aware of any comments she has made about the exposure of Ukraine to Putin’s aggression now.  But when she was Secretary of State in 2010 she announced—in Kyiv no less—“The doors to NATO remain open, but our point regarding Ukraine was that it should be up to Ukrainians to decide that no other country should have the right to veto the Ukrainian decision.”  Terribly inelegant prose.  .  . but terribly clear and emphatic nonetheless.  Ukraine is in terrible danger now and is in no position to criticize Biden for his negative, needing whatever help it can get from him and the rest of NATO (with its boots avoiding the ground); but I wonder if there are not a considerable number of Ukrainians with active memories of promises made a dozen years ago.

Were Hillary president now instead of Biden.  .  . I have written.  Let me make this perfectly clear.  The grand old party of Lincoln, TR, and Ike is currently suffering moral afflictions, that’s true.  But the party of FDR and Truman is suffering rank dishonor.  Given its obvious ambition to feminize itself (call a duck a duck as in “If it looks like a duck, walks like a duck, quacks like a duck, it’s a Duck!”) Biden was lucky to get the nomination, and would not have had he not promised a female Vice-Prez, preferably Black—although that’s not where the dishonor lies.  Serious campaigns for the nomination were staged by Elizabeth Warren, Amy Klobuchar, and Kamala Harris, to name but the possibles.  The name of Hillary Clinton was never so much as tossed in the circle.  Yet.  .  .  .

Yet in 2016 Hillary Clinton won the popular vote for president, besting Donald Trump by 2, 864, 974 votes.  .  . but lost the election due to the electoral college.  The woman—one of my favorite un-favorites—deserved a second opportunity.  What moral reason can be offered for her not being the Democratic nominee in 2020? That she was not even considered while more than three aggressive broads were scrambling to make her forgotten—is an absolute disgrace.  And there was no practical reason that Clinton was not drafted: a repeat of the 2016 electoral-college result was about as likely as Joe Biden growing a couple of soldierly balls.