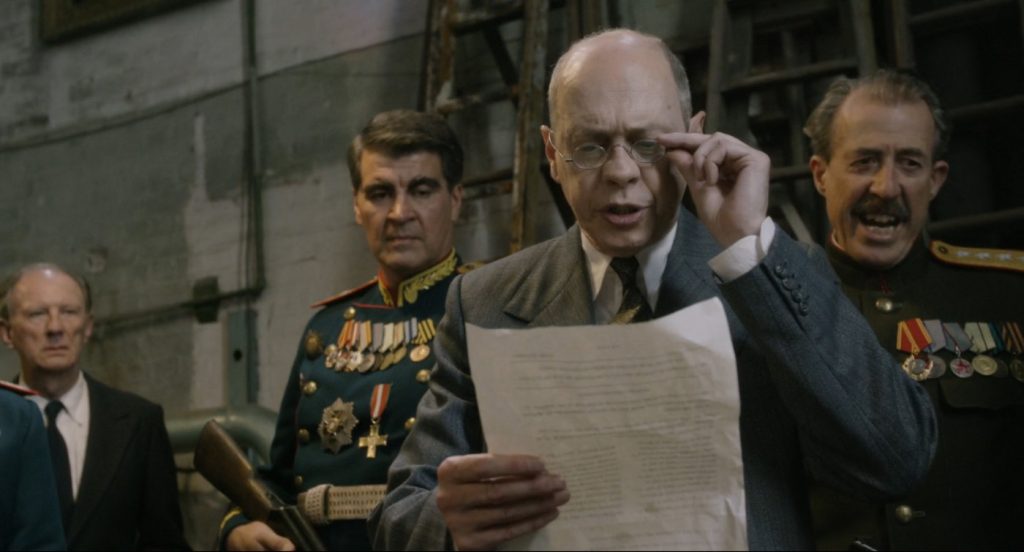 I’ve got a little list, said the Lord High Executioner in The Mikado, “of society offenders who might well be underground and never would be missed, all funny fellows, comic men, clowns of private life, and apologetic statesmen of a compromising kind.”

Everyone, including Horatio, friend of Hamlet, who spoke of young Fortinbras’ “list of lawless,” composes lists, laundry, grocery, best books, favorite songs, most beautiful women. The Great American Songbook is full of “list songs,” catalogues of people, places, and events, often humorous. The most adept at composing “list songs” was Cole Porter, You’re the top, At Long Last Love but many others composed lists, These Foolish Things, My Favorite Things, that are more romantic ballads.

In politics, the Kremlin has a long history of compiling lists, and often disposing of its members in gulags, Siberia, or simply death.

Russia, on March 1, 2022, issued a list of states it considers “unfriendly,” countries that have taken unfriendly action against Russia, Russian companies and citizens. The countries alphabetically range from Australia to the U.S.  It is not obvious why San Marino, the small republic, landlocked microstate with a population of 34,000 is one of the “unfriendly.”

Russia is active on both attack and counterattack activities. It is taking hostile actions by a variety of means against the U.S. and other countries. Russian counteractions and sanctions are supposedly aimed to force others, particularly the U.S. regime to change their behavior and to recognize “new geopolitical realities.” Its first list of people to be banned from Moscow contained only 29 names, including President Joe Biden and some White House officials. The list was expanded and increased as U.S. and international sanctions were imposed on Russia, on its oil, and Russians were prohibited from using U.S. management and accounting security consulting services for Russian state-controlled TV stations.

This ban was pointless since no U.S. official was planning to visit Moscow or St. Petersburg.  On the contrary, to be on the ban and included in the list was regarded as a badge of honor, and symbol of political importance. Moreover, the individuals mentioned in the ban are more likely to increase rather than to reduce political support for Ukraine.

On May 21, 2022, Russia, keen on investigating the U.S., issued a second list of American individuals, total of 963, banned from entering their country.  This is said to be in retaliation to the increasing U.S. and international sanctions imposed on Russia as its aggression against Ukraine continues.

This miscellany of individual is cited as exponents of the all-evil Russophobia. It is interesting to examine some of mixed group in the list, which includes Republican and Democrat lawmakers, executives at defense contractors, journalists, Meta Ceos, well known personalities, a Hollywood star, and senior political figures such as Antony Blinken, Chuck Schumer, Nancy Pelosi, Lloyd Austin.

There are at least two surprises in the list, one is the inclusion of one of the best-known black actors, Morgan Freeman, and the other is the ban on some dead people who are now unlikely to harm Russia, no matter their feelings about Putin in their present settings.

The person who has attracted most attention is the respected actor Morgan Freeman, 84 years old, a minor activist. Apparently, he appears due to his action in 2017 when together with Rob Reiner (director of the comedy When Harry met Sally) he launched a nonprofit organization, the Committee to Investigate Russia, following alleged interference by Russia in the 2016 presidential election. Freeman and Reiner made a video accusing Russia of interfering, saying “we have been attacked, we are at war.” The  clip of Freeman accused Putin of using cyber warfare to attack democracies around the world.

Russia appreciates that dead men do tell tales. Science tells that analysis of a skull or a fragment of thighbone can deduce the age, gender, and ethnicity of a dead person, so it follows that as a result of its new scientific research Russia can unravel the present opinions of the late political opponents, John McCain, Navy pilot and Senator from Arizona, who helped Ukraine in 2014 and died of brain cancer in 2018 at age  81; Harry Reid, longest Democrat in office in Nevada, Senate majority leader, who died in 2021 at age 82, and  Orrin Hatch (Republican, Utah), longest serving  Republican senator,  in April, 2022, aged 88.

Shamefully, some figures are surprisingly absent from the list. They include Donald Trump, Mike Pence, Barack Obama, and other Hollywood sages such as Sean Penn and Leonardo di Caprio.

Russia does not need help on its lists, but perhaps the U.S. can provide a different list, those who should be invited to Moscow, preferably for long periods. This is a matter of choice but some starting suggestions of appropriate people to be invited might be a dirty dozen: John Depp and Amber Heard, the Kardashian family, Will Smith, John McEnroe, Prince Andrew, Harry and Meghan, Alec  Baldwin, Andrew  Cuomo, Mel Gibson,  and among foreigners, Ken Livingstone and Jeremy Corbyn in Britain, Nicolas Maduro, Kim Jong-un,  Alexander Lukashenko, Viktor Orban, Miguel  Diaz-Canel, and Bashar al-Assad.

When Russia uses a word, it means just what it choses it to mean. It now states it is a crime to use the words war and invasion to refer to  what the Kremlin calls a “special military operation” in Ukraine. Moscow purports to be “liberating”  Ukraine  and its Jewish President from the Nazis, and  from those Ukrainians faking images of buildings supposed to have been destroyed by air strikes.

It is saddening to read the sick humor of the Russian foreign ministry, “Russia does not seek confrontation, and is open to honest, respectful dialogue.” Perhaps the next list to be issued by the Kremlin will include invitations to bid on the purchase of the Brooklyn Bridge.

PrevA WORD FOR HILLARY
How To Slow Gun Purchases DownNext