Al-Zawahri’s End Reminds: Killers of Americans Will Meet with Justice 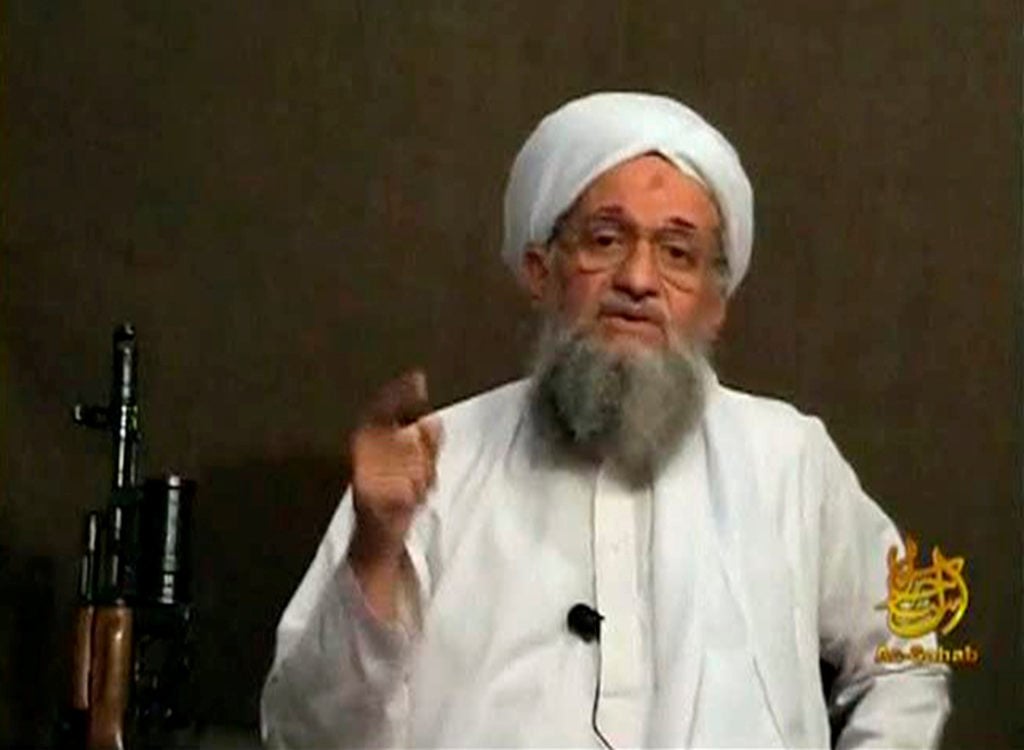 In the months after the 9/11 attacks, I translated and commented on speeches given by the number two of al-Qaida, Dr. Ayman al-Zawahri, trying to bring to the attention of the American people that the ideology of jihadism was not just another abstract set of radical thoughts, as U.S. academia had been arguing since the end of the Cold War.

Rather, jihadism is a brutal reality of violence and massacres with leaders and powerful symbols.

Al-Zawahri’s journey with jihadist networks before he formed al-Qaida with Osama Bin Laden was long and varied, from a high cadre in the Muslim Brotherhood to the founder and leader of an Egypt-based Islamic Jihad organization, to a federation of terror groups that later merged with Afghanistan-based al-Qaida.

He wasn’t just an executive commander under Bin Laden.

Al-Zawahri was in charge of ideology and strategies, inspiring generations of Salafi fighters and suicide bombers globally.

Morally and politically, he was responsible for the September attacks in New York, Washington, and Pennsylvania, on Sept. 11, 2001.

He was in charge of the most lethal terror network operating against the U.S. and its allies for decades, but after the killing of Bin Laden, following the Arab Spring; and after the rise, expansion, and savagery of ISIS, his role was eclipsed by a new generation of jihadists.

Al-Zawahri remained a fugitive even as he ascended to the number one position in the network in 2011, but another decade would pass before he was finally targeted by the U.S.  — and eliminated.

The ending of Zawahri’s life in 2022, two decades after 9/11, has an historical and emotional dimension for Americans and bears witness that even if it takes long years of pursuit, killers of Americans will be met with American justice under any president, any Congress, or political party.

Presidents decide on such actions when their intelligence community provides them with evidence and a plan of action. But the timing of operations, aside from tactical security, is always political, as we saw under Obama with Bin Laden, under Trump with al Baghdadi, and now under Biden with Zawahri.

When terror leaders have lost most of their operational power, it becomes obvious that the timing of actions against them is decided based on political timing and calculations.

Zawahri wasn’t commanding a substantial network of terrorists nor posing a major strategic threat against the United States like ISIS, Hakkani, or even the Taliban currently do.

His time had passed.

He, like other al-Qaida veterans, had taken refuge in Kabul, not far from Taliban command centers, possibly providing advice and reviewing some fatwas.

The old Ayman was a “revered jihadi scholar,” to use a description of The Washington Post, painting Baghdadi tragi-comically.

Al-Zawahri’s value wasn’t operational, nor strategic, but certainly historical and psychological. He was a permanent target for historical justice, inasmuch as dangerous Nazis in exile were after World War II.

So why did the Biden White House decide on his elimination at this moment?

We know that upon arrival to the White House in early 2021, this administration performed a massive shift away from the war on terror and the conflict with the jihadists.

It rushed to the signing of the Iran Nuclear Deal, delisted the Houthis of Yemen as terrorists, and reengaged with the Taliban in a second round of talks with them in Doha, Qatar

Biden’s teams cut a second deal with the Islamist network of Afghanistan, enabling them to seize power in mid-summer of 2021.

The struggle against the jihadists was to be forgotten in favor of climate change and Critical Race Theory (CRT), and maybe some bravado over competition with China.

But the war in Ukraine, the oil crisis, economic collapse, and the prospects of a massive Republican win in the November, 2022 midterms forced the Biden camp to look for a “victory” to celebrate with the American public at the first anniversary of the catastrophic pull-out from Afghanistan.

The conservative opposition was readying to pounce on the White House for having recklessly withdrawn, transferring power and $84 billion worth of weapons to the largest jihadi militia in Asia.

The wave was coming to blame Biden for a disaster which may have been the trigger for unabashed aggression by Russia, China, North Korea, and Iran.

The White House had to strike and get a win by eliminating an old enemy even though he wasn’t as lethal as before.

For now, the American people are relieved that those responsible for the massacre of 2001 met justice — even in 2022.

Over the days to come many questions will be raised, such as how long did we know his location and movements before the strike was ordered?

Did the Taliban sacrifice him to protect their deal?

There is quite a bit of time and the vigor of the debate to come will perhaps provide these answers.

Dr. Walid Phares, is a Newsmax foreign policy analyst — beginning in April of 2022. Since 2009, he has served as co-secretary of the Transatlantic Parliamentary Group. He has also served as a foreign policy adviser to Donald Trump in 2016 and was a national security adviser (in 2011) to now-Sen. Mitt Romney, R-Ariz. Dr. Phares is a noted author, professor and Mideast expert, as well as a former Fox News and MSNBC contributor.