An Unending Festival of Grievances 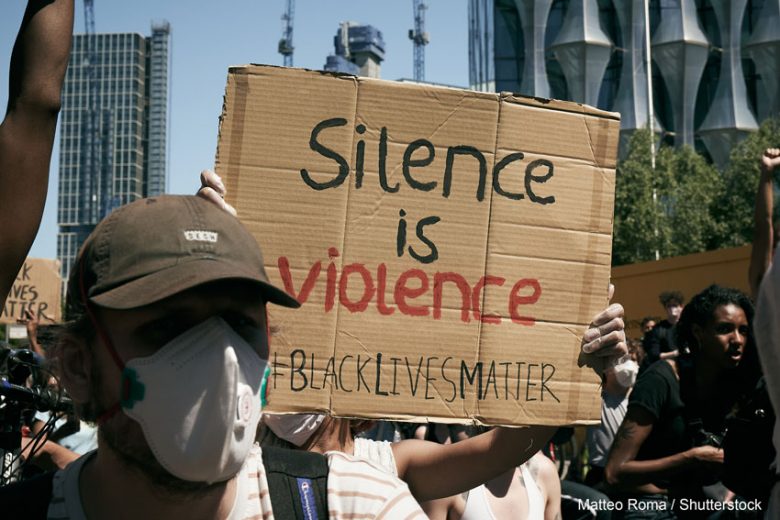 Small children do not like to have their toys forcibly removed from them, and frequently react with rage when they are taken away. For a short time, the children’s rage is genuine, but then it becomes formulaic: they continue to be angry after their anger has ceased and, enjoying their own rage, don’t like to stop.

The recently-published report of the UK’s government-appointed commission on racial disparities in Britain provoked precisely that kind of response from those with a vested interest in race relations being as bad as possible. For if despite everything, immigrants or people of immigrant descent, especially those of different races, are prospering and integrating well into society, there is no need of a providential class of academics, journalists, bureaucrats, and others to rescue them from the slough of despond supposedly brought about by prejudice and discrimination. Many a career opportunity would be lost if there were no systemic injustices of this sort to untangle.

The commission (eight of whose members were of racial minorities) found that, in certain respects, the group that was most disadvantaged socially, educationally, and economically in Britain was the white working class—the children or grandchildren of those who once worked as labour, unskilled or semi-skilled, in industries that had become obsolete and had not been replaced by anything else. In fact, most ethnic groups were doing better than they, in some cases far better. Furthermore, the commission found no serious institutional obstacles to social or economic advancement for persons of ethnic minorities in Britain. It provided a large number of statistics to prove it.

It was obvious from its reaction that only one finding would have satisfied the providential class, namely that ethnic minorities in Britain are now so mired in an oppressive neo-apartheid state that only a virtually totalitarian control over society by the providential class, from the imposition of quotas in employment to censorship of what is said even in private, could put things right: right, in this case, being an absolutely equal proportionate representation of all races in social, economic and health outcomes, both desirable and undesirable. Needless to say, such an outcome would require a large and powerful government apparatus to bring it about. That, on the contrary, the news was good was, for the providential class, very bad news.

That prejudice and discrimination exist, the commission did not deny. Indeed, how could it? The chairman, Tony Sewell, aged 62, the son of Jamaican immigrants, remembers the days when racist insult, and worse, was commonplace. I had a patient, a cook in a hospital canteen, who arrived in England in the 1950s thinking it was the motherland, who found that many people would not eat the food she had prepared because she was black. Of course, many other stories could be told, some of them much more recent.

But prejudice and discrimination can decline as well as increase; and, however undesirable they may be, they are not, within quite wide limits, inimical to social and economic advance. Notwithstanding the considerable prejudice against Indian refugees from Idi Amin’s Uganda (they held British passports, and so, reluctantly and with an ill grace, the country accepted its responsibility to them), they rapidly became the most prosperous demographic group in the country, even when they had arrived penniless.

This underscores a point that the commission made, one that is much disliked and feared by the providential class, though it is perfectly obvious to anyone with a genuine interest in human beings: namely that immigrants and minorities are not just immigrants and minorities but have both individual and group characteristics that affect their destiny. It is not the character of the receiving country alone that determines the outcome for minorities, but the characteristics of the minorities themselves. To think anything else is an inverted form of racism, ascribing all power to the receiving country and denying all agency to the minority groups themselves. To say that this is a simplification would be a simplification: it is much more, and much worse. It is capable of fixing people in the amber of resentment.

One of the recommendations of the commission that drew most adverse criticism, indeed fury, was that the term “BAME”(Black, Asian and Minority Ethnic), which is widely used in Britain, should be abandoned. The fury was, as fury often is, proportional to the evident truth of what is objected to. To treat all people of non-European descent as if they must therefore have something positively in common is to treat them as an undifferentiated mass defined wholly by their very non-Europeanness. Even Dr. Verwoerd was not as crass as this.

The aggregation of all ethnic minorities into a single category (when there are sufficient numbers of each for meaningful disaggregation to be undertaken) is designed to disguise or hide the real differences between the minorities, precisely because if such differences were admitted, they would not only threaten, but actually refute the whole worldview of the providential class, namely that the society is so riddled with prejudice and discrimination that something akin to a revolution is required, rather than, say, dealing with problems on a case-by-case basis as they arise. For example, youth unemployment rates among Hindus and Sikhs are lower than among whites, and much lower than among Pakistani Moslems; rates of imprisonment are likewise different. Whatever the explanation of these differences, prejudice or discrimination is unlikely to be it, and therefore anti-discrimination laws, so beloved of the providential class, will have either no, or perverse, effects.

The commission’s report is—or rather, ought to be—a corrective to the obsession of a large part of the British intelligentsia with race and racism as the sole or overwhelmingly important explanation of unequal outcomes between groups, at least where a minority group is doing worse than average. (Those that are doing better than average are almost reprehended, as if they were not complying with their duty to be the victims of a supposedly unjust society who are in need of rescue.)

For the providential class, nothing succeeds like the failure of others: it therefore needs there to be perpetual grounds for grievance by minorities, creating a constituency that looks for salvation by political means. As the former Prime Minister of Australia, Gough Whitlam, said to his supporters after he was dismissed by the Governor-General for misconduct, “Maintain your rage.”

PrevVICTIMISM: ANOTHER BAD IDEOLOGY
Have we entered a cancel culture world of politically correct op-eds?Next