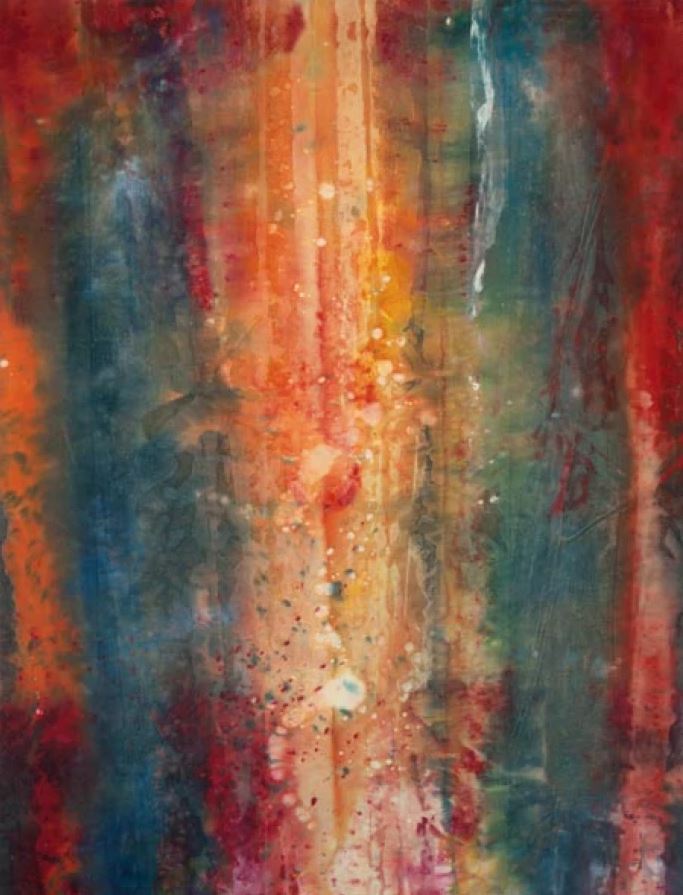 You called me forth
Out of your desire
For a brother
A companion
A listener of your songs
A lover.

I opened my eyes.
The light appeared
And we grew.

But
For these hundreds
Of lifetimes
We cannot tell it this way.

And were overjoyed.
They loved me much
And nurtured me
And I didn’t realize any different
Until I found you again.
(until you found me again?)

Now
We live in these bodies
Telling ourselves these lies
(which lies?)
And sing our words
To others
Who, like us,
Sometimes see
The crack in the sky,
The shining raven’s eye
At the edge of the constellation,
The oscillation
Of the comet’s ion tail,
Just before we sleep.

What Happened Before She Died

She was so sick, that Christmas she was 5
She needed an early present
It didn’t help much
But it cheered her up.  She smiled

She needed an early present
She didn’t always get want she wanted
But it cheered her up when she did
She smiled, sometimes a little too much

She didn’t always get what she wanted
It showed later when she left school
She smiled, sometimes a little too much
Especially when she landed on the streets

Kirk Judd is a founding member of West Virginia Writers, Inc., has lived, worked, trout fished and wandered around in West Virginia all his life. Kirk was a member of the Appalachian Literary League, a former president (and JUG recipient) of West Virginia Writers, Inc., and is a founding member of and creative writing instructor for Allegheny Echoes, Inc., dedicated to the support and preservation of WV cultural heritage arts. Author of 3 collections of poetry Field of Vision (1986), Tao-Billy (1996), and My People Was Music (2014), and a co-editor of the widely acclaimed anthology, Wild, Sweet Notes – 50 Years of West Virginia Poetry 1950 – 1999. Kirk has been featured three times on American Public Radio on “The Poet and The Poem” with WV native Grace Cavalieri and has appeared on the acclaimed public radio show Mountain Stage.  Kirk was honored to be one of 5 readers selected for the installation ceremony of Louise McNeill Pease as WV Poet Laureate in 1979. He is internationally known for his performance work combining poetry and old time music and has performed poetry in Ireland and across West Virginia at fairs, concerts, and festivals since the 1970s.