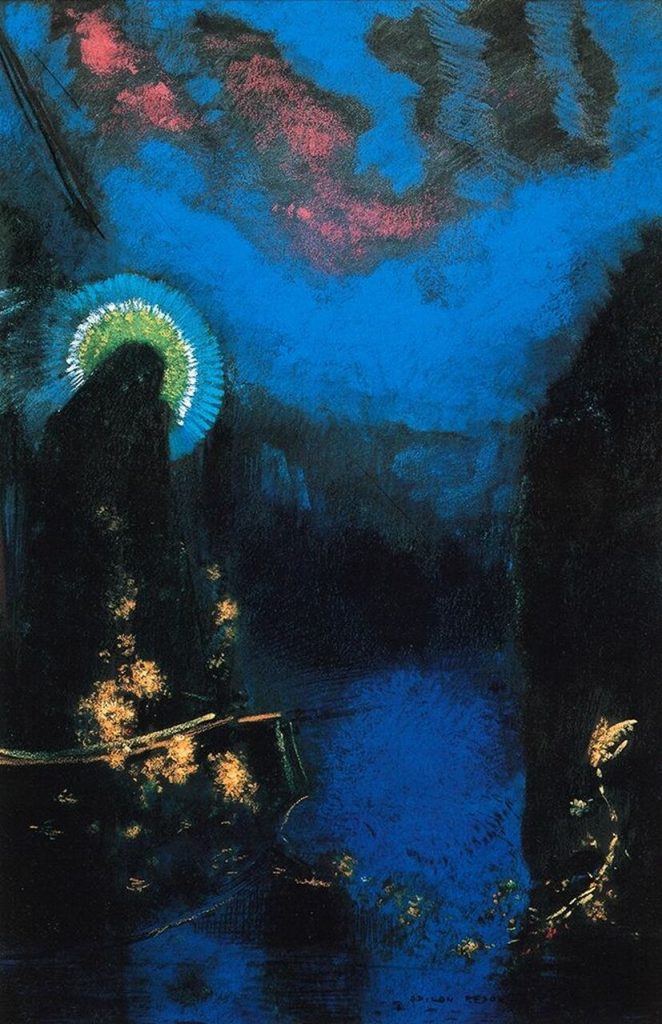 Recedes sorrow’s tide along the buckling shore of his
____confusion;

From time’s abyssal he retreats ´to verdant shoulders of a
____June,
Where daisy tribes fleck cuffs of roads, and sorrels sup
____penumbras in the gardens.

The lady having stayed her journey into naught, his soul’s
____anew,

Passion shifted on its axis, rue’s ajar, through which steals
The flowering beat of summer’s heart to mingle with her
____own

… on the road from hospital, where lay (half in pieces) the
____dearest dreamer of my dream,
Three girls rehearsing their routines, cheerleaders of some
____school, keen in their gymnastic…
And I would have spoke to them of she, who knows the
____words to each old song (it seems),
Dances for no reason in the kitchen, loves language,
____family, country,

But they would bear her like rill in flood a leaf, ´round a
____bend and then forgotten,

____too much decants of life’s elixir.

____artless grace behind her eyes…

… can’t recall an unalloyed day entire, when this was
____satiate soul…
When I was six, perhaps, loved Carma Lee, or the first
____delicious transit of the sun

Watched trains shift dawn to dusk in the New York
____Central yard…
When nothing cloyed, how so much it filled my eyes;
Was blithe in realms of make-believe, dwelt as mist
____among the sweeps and planes of grownup care.

Perchance ´twas never so. There were moments, merely,
Boutonnieres in mind’s lapels that age would make a
____garden…
But I would have it otherwise, that some commonplace
____quotidian was sublime,
And I quaffed it like a ruby throat petunia wine, a
____dionysian thirst

____I slaked one flawless instance