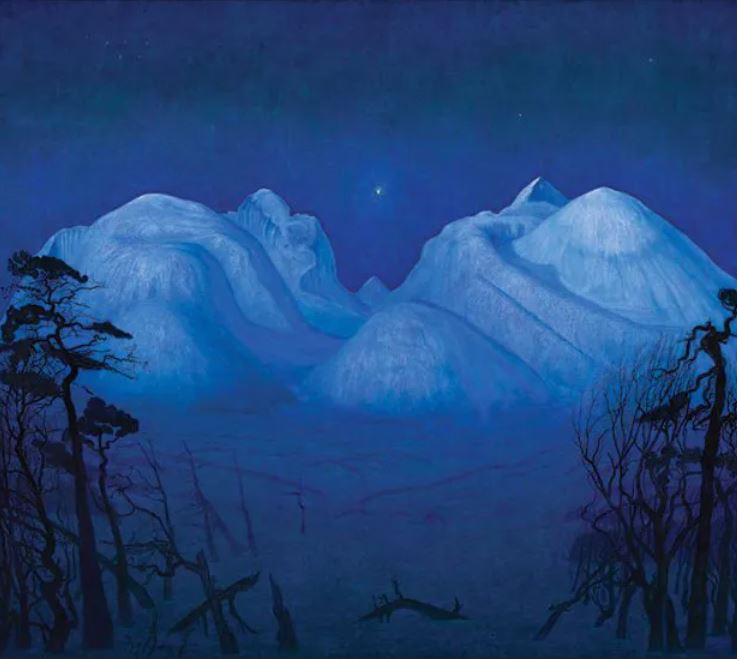 I recently forwarded a few sentences written by Jan Morris, the 15th best writer in Britain since World War II to an unlikely person: Jan Morris. It sounds a little odd (at least, I hope so, or any possible interest readers might have in this article collapses.) She was writing about Edvard Grieg. He lived, she said, in “a homely house . . . secluded in a garden with a wooden pavilion among the trees, in which the composer, warmed by a big iron stove in the corner, had settled at his worn old table to write his melodies. And what grand Norwegian themes had come to him through the trees, from the still water of the fjord in front of his windows, from the wooded hills behind. Norway was just the place, I concluded, for writing A-minor piano concertos.

I sent it to her not only because I found it so evocative but because one of my friends, Rob Kiener, himself a first-class writer, built a cabin (with a stove) in a wood in Vermont, helped only by a neighbor where he can work and I wanted to know how much she thought surroundings affect writing.Could Grieg have written his piano concerto if, say, like his famous character, Peer Gynt, he’d been living in North Africa instead?

Rob’s cabin is In a clearing on the edge of a ravine, with a view over a wide valley backed by purple mountains twenty miles away, open to the same natural influences as Grieg’s that switch between benign and threatening without any warning. Sometimes the wind blows so powerfully that every tree looks likely to crush him and his laptop. Sometimes, so much snow falls overnight that he can’t get there from his house just over a hundred yards away.

It’s a bit cheeky, you may be saying to yourself, for a stranger to ask for advice on writing from the 15th best British writer (The Times of London is responsible for the punctilious arithmetic) but that’s because you don’t know the background—yet. Here it is.

A few years ago I read an article in the Wall St. Journal by her saying that the exclamation mark was a neglected tool and we should make more use of it. Something inside me rebelled. I’d learned long ago in Fleet St. that, certainly, the exclamation mark has a purpose but you had to restrict yourself in using it. Once a century was the rule. I reacted like Pavlov’s favorite dog, writing a letter to the editor, pointing out that nowadays every email is littered with them, sometimes squads of them, and chiding so accomplished a writer for encouraging the spread of this virus.

The moment I saw the letter in the paper I knew I had made a mistake: I should have condemned the indiscriminate use but said that in such fastidious hands as hers, the Kingdom was safe. My error was the more grievous because I have been captivated by her writing ever since I worked on the Guardian in England seventy years ago and used to read her latest piece in the first edition on the midnight bus home—the only person on that bus, one of only a handful of people in the whole of England, in the whole world, who was privy to the sparkling insights that would not be revealed to the public till the next morning.

So my bleat was a painful misstep for me. For years after that I never touched the key at the top left of the keyboard, even when it was plainly needed. Eventually, I had to cleanse my soul so I wrote to her at her home in Wales, explained myself and asked forgiveness. A few days later the telephone rang and a merry voice said “This is Jan Morris.” What a surprise, one of the greats as spontaneous as her books. Make that ‘. . . as spontaneous as her books!’

As it happens, I didn’t need her answer about the environment, finding what I wanted in Coronation Everest, the book she wrote about her attachment as a journalist to the British mountaineering team, two of whose members, Edmund Hillary and Sherpa Tenzing, made the first ascent of the world’s highest mountain. Here she—or rather he (as he was in 1953 before his sensational sex change) is wandering alone from his tent at Camp III at 24,500 feet to a little plateau overlooking the valley below as evening comes on.

“There the icefall crawled down the mountainside huge and shapeless in the dusk . . .Far down the hill ran the Khumbu [glacier] between its mountain walls twisting a little like a crumpled ribbon . . . It was all dark and deserted; for the first time since I had come to Everest I felt lonely looking at it and wished there were a few lights twinkling down there . . . with a warm fireside.’

Yet this was written in conditions where he says he generally had a headache, his limbs were exhausted, his fingers “very cold” and where the altitude had a dulling effect on the brain, “clothing experience in a grey clogging uniformity.” Sometimes, as he typed on a mechanical typewriter the dispatches that everyone in the world interested in adventure was waiting for and would assess in comfort with the morning paper propped up against the marmalade, the typing paper flapped and tore in the wind and the carbon paper kept getting caught in the typewriter carriage. (Does this sound like prehistory to you?)

On the other side of experience, my friend Rob gazes at one of nature’s most heartwarmingly tranquil shows, the New England fall, and writes about swimming with piranhas in the Amazon, stalking man-killing polar bears in the Arctic, fondling pythons in the Everglades and whatever else a freelance journalist will do for a headline or to keep the wolf from the door, so to speak.

So, yes, surroundings can either stamp themselves on writing or, alternatively, be held heroically at bay. It’s the magic of language. I’m writing this piece while sitting outside on a warm evening in Southern California, with people and lights all around. Yet Jan Morris’s words from the little plateau carried me instantly to that cold, empty, mindless world and I found myself shivering a little. 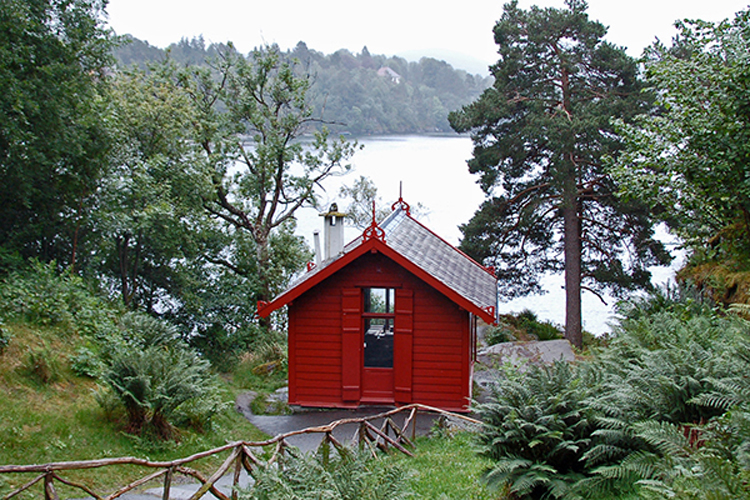