93 and Not Dead Yet: Aren’t I Getting A Little Old For This Kind Of Thing? 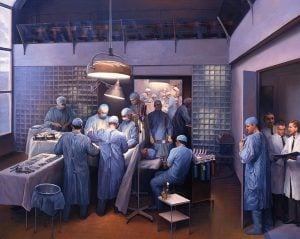 A few weeks ago I held in my arms a vibrant, good-looking woman with whom, to put it delicately, I’ve had an ongoing ‘relationship’ since she was in her teens. At that time I was 65. 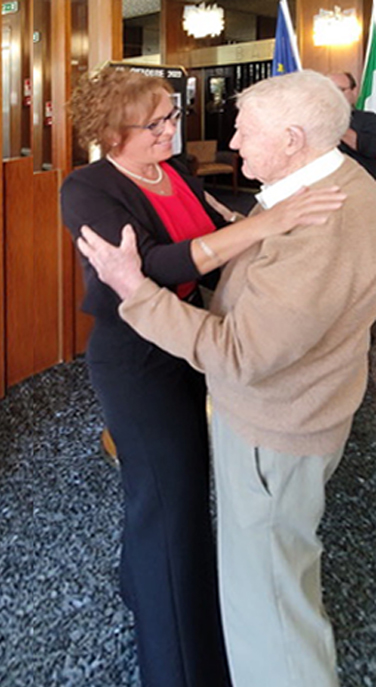 The grotesque disparity in ages has never bothered either of us: unwisely, perhaps, we even flaunt it. Her husband doesn’t seem to mind, so we are quite open about it even in front of him. Her name is Maria Pia Pedala, she lives in Sicily and we first met in 1995.

A few weeks earlier, meeting me, or in fact meeting anyone, would have seemed very unlikely. In the fall of 1994, she had been on her deathbed because of the sudden onset of kidney failure. Her doctor told me later, “We’d given up on her.”

It was a time of crisis for my wife, Maggie, and me too. Our seven-year old son, Nicholas, had just died from a bullet fired at our car as we drove on the main road from Naples to Sicily on a family vacation. It turned out later that two gunmen had mistaken our rented car, with its Rome license plates, for one carrying a cargo of jewelry to retail stores.

We donated Nicholas’ organs and corneas to seven Italians: two of them going blind, four of them hanging on and Maria Pia, given up on. From the beginning they’ve all thought of Nicholas with great affection.

One, Andrea Mongiardo, a boy of 15, who until the transplant had to be given transfusions of blood products twice a week to keep his heart going, told anyone who asked how he felt that he used to have a broken-down old jalopy inside him. Now, he said, he had a Ferrari.

For Maggie and me, of course, nothing has been the same without Nicholas. But it’s some consolation that twenty-eight years later, five of the seven are still alive. Better still, in the 10 years after he died, organ donation rates in Italy tripled so that thousands of people were saved from an early death.

Maria Pia, now 47, gets up by 5.30 every morning and does all those innumerable tasks around the house that women like her do to keep a family of four well looked after. “Physically, I can do anything any fit person of my age can do,” she told me with a touch of pride when we met a couple of months ago at a conference on transplantation organized by the University of Messina Polyclinic, the hospital where Nicholas died.

And when she pointed out that she wears glasses now and said, “I’m getting old,” getting old somehow seemed very reassuring.