Christmas Eve in the Breakdown Lane 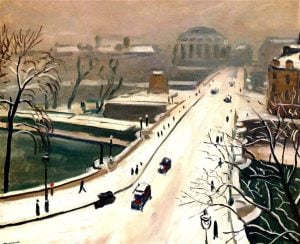 I began writing novels in 2003. Prior to that I was an active member of Toastmasters International, wherein I wrote speeches. No matter the topic assigned, my speeches were always based on real life experiences. I won several regional speaking contests and more than once, one of the judges advised that I should write books—that my verbal deliveries were always organized in a story-like fashion. I told my wife that I was now filled with inspiration for authorship, “Barbara, I’m resigning from Toastmasters. I’m going to write books. They’ll be fiction tales based on fact.”

She looked at me and gave me a hug, “My prayers have been answered.”

“What prayers?” I stared at her.

“Well, you always give your speech to me for the first time to get my input as a possible member of an audience.”

“Yes, dear, and I always value your criticism.”

She placed her hands on her hips, “Yes, the first time you give me your speech is okay, and even the second time. However, by the fourteenth time I’m ready to scream for divorce.”

I drew material from my days in the Navy during the Vietnam War for my first two novels. By the time we retired and moved to San Antonio from Connecticut, I had self-published seven novels in multiple genres. I started number eight in the snowy Connecticut winter of 2009. It was entitled The Helios Rain. The Helios Rain was a real chemical entity I learned about in the Army Reserve when my MASH unit was mobilized for Desert Storm. It’s a toxic extract of a poisonous fungus. The deadly molecule is known as trichothecene. It’s deployed at night on unsuspecting troops. The agent does nothing until it’s photo-converted by sunlight to its paralytic form. In the Army, we rehearsed exposure to the chemical by wearing rubber suits called MOPP gear. Rehearsal was done in isolated cabins filled with tear gas. I was terrified of having exposure to the real thing in the Middle East.

Fortunately, the war ended just as we were receiving orders for deployment from New England. I felt, and still do, that my book is important because Russia, Iran, Iraq, and Syria all were known to possess the deadly trichothecene for which there is no antidote. So far our government and the media have not disclosed this to the public domain. The Helios Rain will reveal the horror of the chemical and alert all readers to the importance of preparedness against it.

I had only written seven chapters in The Helios Rain in May of 2010, when we retired to San Antonio, Texas. My daughter Tracy and her family lived there. I had been in San Antonio many times for Army Reserve Training and where an annual Anesthesiology course was given, which would grant continuation of my Board Certification status. Above all, for Barbara and I as senior citizens, San Antonio rarely has snow or has freezing temperatures.

We stayed with Tracy and her family while our new house was being built. I had only one major problem in San Antonio. I consistently got lost the first three months every time I drove out with Barbara to shop or sightsee. The City has two highway loops: an inner loop around the central City and an outer loop at San Antonio’s suburban perimeter. It is said that it was impossible to lose one’s way because of these two circular highways.

This was very disconcerting because it didn’t work for me. Tracy made a suggestion. “Dad, why don’t you change the venue of your book from Connecticut to San Antonio. You’ll be forced to learn your way around.” She paused in thought. “You might even stop in the breakdown lane and write some chapters with your laptop. That way you’ll get perfect descriptors and correct landmarks for your characters and action sequences.”

My daughter is a genius and blessed with phenomenal common sense. “I’ll give it a try.”

We lived off the outer loop known as the Anderson Rte 1604. I started close to home at first, and she was right. By planting myself in the breakdown lane I could write whole chapters faster and more accurate than if I re-imagined the sites from my home study desk—and, I was now pretty familiar with the City’s loop highways. I was almost finished with The Helios Rain as the Christmas Holidays were closing in. In fact, I was parked in a lane abutting the junction of Rte 281 and Rte 1604 the day before Christmas. Traffic was full of shoppers, truckers, and visitors. The average ambient temperature was in the low 70s. My closing chapters needed crowd scenes, and I welcomed December 24th’s hustle and bustle. The busyness of my closing chapters matched the outside cluster movements of holiday civilization.

The weather was cloudy with the sun frequently peeking down on the City. I pulled over and, per my usual habit, I got out of my silver Corvette and moved around the car to the passenger seat. I settled in the black leather bucket seat and opened my laptop. The outside scene was resplendent with San Antonio’s Christmas decorations on highway access roads and even on cars. Many vehicles sported Rudolph’s red nose on the grille and antlers on the passenger and driver’s door roof edges. Some vehicles fixed huge balsam wreaths with lights and Christmas ornaments on their grills.

So far, I was never bothered by anyone while I was parked in the breakdown lane and gave little thought to it. I focused on my laptop screen as I imagined my characters in their roles of antagonist-protagonist in final confrontation. My fingers worked rapidly over the keyboard. I was excited about the climax of the last actions, almost as if I was living it and reading it for the first time. Just as I formulated the last paragraph of a chapter, there was an annoying “Tap…Tap..Tap…” on the driver’s side window.

I ignored the sound and continued on the keys.

“TAP…TAP…TAP.” The sound was louder. I looked up in fear that someone was trying to break into my Corvette. I was not far wrong as I saw a giant of a man in a light tan cowboy hat bending down to my low profile two-seater. I looked up and saw his full size Chevy SUV with its rooftop light-bar of blue, white, and red lights adding to the Christmas Spirit of color around me.

I had to crawl over the console to the passenger door to lower the power window. I could see his dark brown Deputy Sheriff’s uniform as he removed his Stetson and stuck his face into the car.

His voice was assertive in tone as he took in the interior, “Do you need assistance, Sir?”

I stretched over to the passenger seat clinging to my laptop, “No officer. Everything’s just fine.”

His voice became a gravel texture and louder, “This is the breakdown lane, Sir. What exactly are you doing parked here?”

I opted for the truth, “Officer, I’m an author. I’m writing a chapter in my new novel, which includes a description of this part of the two highways.”

He stuck his uncovered head into the car again, “Sir, this lane is reserved for those vehicles and citizens who require help. The law states that you’ll have to move your vehicle right now.”

Surely this intelligent law enforcement giant might come to some compromise. I swallowed and responded with, “I understand, but could I just finish my final thoughts on my chapter?”

Assertion seemed to turn into aggression as his face reddened. He stood up again and pulled out his citation book. “Here’s my final thought, Sir. If you don’t get yourself, and this car out of here now, I’ll write up something for you that will not be interpreted as a Christmas present. How would you like a fine and an invitation to traffic court?”

I was in character of my story protagonist and wanted to come back with, “Oh yeah Officer, show me where it’s says it’s against the law for an author to write a book chapter in the breakdown lane.” However, I recovered the reality of life, Christmas Eve, and Goodwill to Man feelings and uttered a different response. “Right away, Officer.”

I got out of the car and back into the driver’s seat after powering down my laptop and saving my day’s written efforts.”

I told the story to my family and was surprised they didn’t mirror my anger against the San Antonio Deputy. It was my wife Barbara who mellowed out my Christmas Eve drama.

She smiled, “Peter, you can just park in the highway access roads’ strip-mall parking lots. What’s the big deal?”

Barbara was right. I immediately lost my anger and resentment. My Christmas Eve was not ruined and we all had a merry holiday week. I finished The Helios Rain on New Year’s Day. The familial advice I received was indeed a nice present as it still works today. The Helios Rain continues to be one of my most popular novels.

Prev93 and Not Dead Yet: Aren’t I Getting A Little Old For This Kind Of Thing?
Big Deal on Voukourestiou StreetNext