93 and Not Dead Yet: Cruel, Unusual and Certifiable 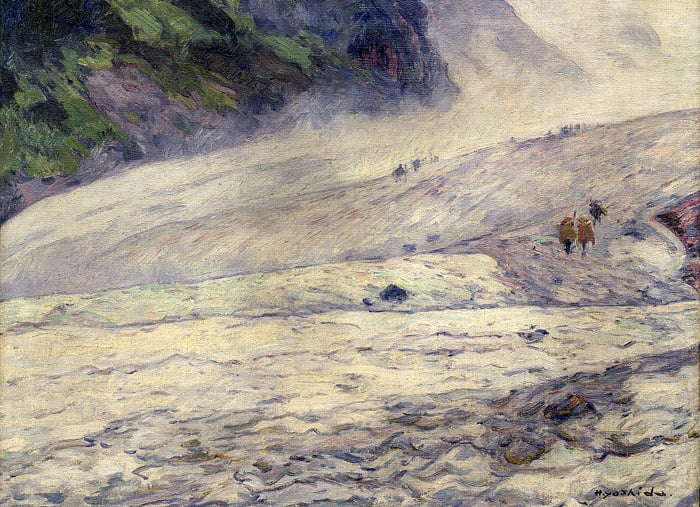 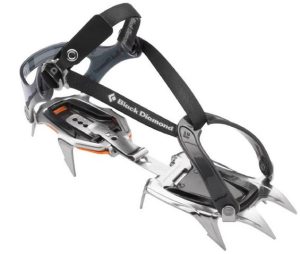 The photo to the right is one of a pair of crampons that mountaineers attach to their boots when hiking across ice and snow. A memory of the ones I once wore came back to me this week as, trying to think my way into news reports from Afghanistan, I read again one of the most engaging of all climbing books, Eric Newby’s A Short Walk in the Hindu Kush, the tale of two Englishmen, shudderingly ignorant of the hazards, attempting the first climb of a 19,000 ft. peak, Mir Samir, in the Hindu Kush mountains, an almost completely unknown region of north-east Afghanistan in the late 1950s.

Whether slogging up endless slopes or clinging to precipitous rock faces in blistering heat by day, plagued by clouds of malevolent insects in the evening or unable to sleep at night because of the freezing cold; dwarfed and awed by views of mountain tops stretching to the horizon or unable to see anything at all in blinding snowstorms; grabbing handholds as sharp as broken glass or tip-toeing on knife-edged ridges covered with sheets of ice and drops of hundreds of feet on both sides; fording torrents swollen by melting snow on unstable tree trunks high above the water; enduring dawn to dusk hiking days almost overcome by hunger and thirst and making up for it by drinking water downstream of village latrines and banqueting on stew whose delicacy, a lamb’s tail, was covered with gobbets of congealed fat, Newby, his climbing partner, Hugh Carless, and three local tribesmen who helped carry the equipment, were as completely exposed to the elements as travelers in any book I’ve ever read.

In one place they tried to sleep crouched behind boulders as rocks bounded down from ridges above too high to be seen through the swirling mist. In another, after a day’s descent that left them groggy with exhaustion, Carless realized he had left their climbing rope at the last resting place and climbed back alone to retrieve it. Taking crampons on and off and adjusting the frozen straps had them “almost blubbering with fatigue and vexation.”

Near the end, suffering mightily from diarrhea, their hands were so cut and swollen that they couldn’t unbutton their trousers (zippers were looked on as a dangerous innovation in those far-off days) and had to ask a lone goatherd (who had never seen a button) to open and close them up again.

Clearly, only madmen, or the kind of people who ran the British Empire and felt they were indestructible, would actually do something like this as a pastime, as is proved by Newby’s description of sliding 20 feet out of control on a steep sheet of ice on the edge of an abyss and being saved only by being roped to Carless.

“Very stupidly,” he writes, “I was wearing my crampons attached to a sling round my middle and I sat on them for the full distance … scarring me for life.” What can you say, except that if you aren’t already mad when you start a project of this magnitude, you inevitably become so.

Only 700 ft below the peak, they had suffered all this for, with darkness and plunging temperatures coming on, no sleeping bags, wood for fire or food and the porters far below, they made their most sensible decision and gave it up. Sensible, yes, but the page where this decision is recorded crackles with a surreal feeling that they had let the side down.

For the reader, of course, such tales are all gain. Propped up in your very own bed with the thermostat set just as you like it and a glass of comforting liquid within reach, the best travel books can half-convince you that you have actually participated in these torments and triumphs and that, of course, saves a lot of trouble. It’s why to me the 910s are among the most absorbing books in the public library’s Dewey decimal classification system that runs from 000 to 999.

PS One more thing. Whatever I read of Afghanistan, the same element of pitiless frustration is never far away. Nearly ten years after Newby’s book came out, I was sitting in a bus in the center of Kabul in broad daylight, waiting for it to take me to the beginning of my own brush with the hinterland (in truth, too pathetically tame to be mentioned in the same paragraph as his) when I heard a loud shout and saw a man dodging away through the crowd.

Under his arm were the boots of another passenger who had taken them off to rest his feet while he closed his eyes. I don’t recall ever having seen such anguish as there was in the face of the victim as he stamped his bare feet on that January day and I am ashamed to say I was too shaken that I didn’t give him the few dollars that would have transformed his tragedy into euphoria.