Maimonides as the Greatest Jewish Mystic 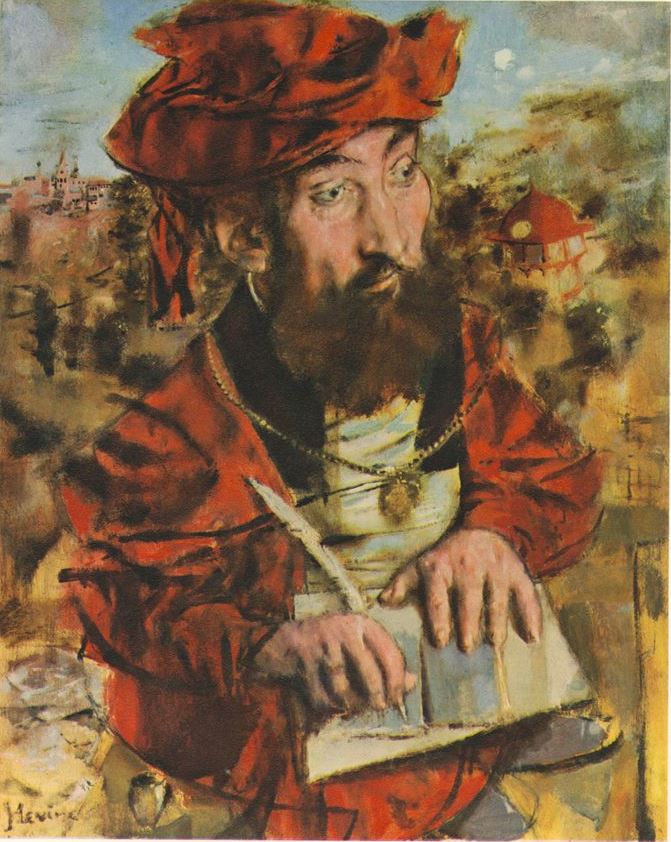 Moses Maimonides (Rambam 1138-1204) is generally recognized as one of the greatest Rabbis of Middle Ages and the greatest Jewish philosopher of all times. The saying “From Moses to Moses there arose none like Moses” is an often repeated saying in Jewish circles, meaning from Moses at Mt Sinai who received Torah (the Old Testament) to Moses Maimonides there was no one greater than Maimonides. The name Rambam is a shorthand for Rabbi Moshe ben (son of) Maimon. Despite of this apparent honor, the message and the teaching of Maimonides have been almost completely rejected by rabbinic establishment of his time as well as by many rabbis of today.

To the honor of being considered the greatest Rabbi of Middle Ages and the greatest Jewish philosopher, I dare to add that Maimonides was also the Greatest Jewish Mystic of all times. Here I have to qualify what I mean by a mystic. The best way may be by quoting words of Moshe Chaim Lutzato (1707-1746) who in “The Way of God” (Derech HaShem) writes: “In the manner of Divine Inspiration (Ruach HaKodesh) one can gain knowledge of things accessible to human reason, and one can also gain information that could not be gained through natural means.”

When in his 20s, while still learning the basics of Judaism, Maimonides wrote The Commentary on Mishna which includes the Thirteen Principals of Jewish faith, and the “Book of Commandments” which list the 613 commandments that Jewish rabbis extracted from the text of Torah and Talmud (a written version of Oral Torah). These Thirteen Principals and 613 commandments were highly praised by rabbis of his days and they are still exhibited today by many as a testimony that they are following the teaching of Maimonides. However, Maimonides produced these writings when he was still learning in his 20s, and according to my opinion, they are a description of what Jews of his time believed and practiced, and not a prescription of what Jews are supposed to believe for ever and ever reaching up to our times.

Early in his 40s, Maimonides published his famous Mishneh Torah, where he summarized the Jewish law based on Torah and Talmud. The great innovation was his arrangement of laws according to topics, instead of in chronological order of rabbinic discussions as is done in Talmud. The difference can be understood as having a usual phone directory where the names are listed in alphabetic order, and another directory containing exactly same names but in a random order. While in the usual phone directory you can quickly and easily find the number of the person you are looking for, in the directory with the random order of names you can spend many days or weeks to find what you are looking for. Now, with Mishneh Torah available, each Jew who could read could find easily the answer to his question concerning the law. Before he had to go and ask a rabbi who spent several of his schooling years to study Talmud (in the current editions the Talmud usually contains over 70 volumes) and to know where the description of a law in question can be found.

Thus, many rabbis felt that Maimonides transgressed on their turf and interfered with their work. They felt that their expertise was no longer needed and thus that their importance was diminished. By now, Maimonides became a well-known authority on Jewish law and Jews from settlements in Europe and North Africa often turned to him for advice on complicated questions that until then had gone unresolved.

To add to that problem was Maimonides’ opinion that nobody should be paid for teaching the scriptures, and that the rabbis should have an outside job to earn their living. In addition, they should teach less Talmud and more science. This incited the first phase of what is known as the Maimonides controversy.

In his early 50s Maimonides wrote his most important philosophical and mystical work The Guide for the Perplexed. He was fully aware that this would start an intense attack on him. Therefore, he wrote this work in the Arabic language, but written in the Hebrew alphabet. Thus, it was available only to those educated scholars who knew both Arabic and Hebrew. It was translated to Hebrew only after his death in 1204. The rage that his work then provoked among rabbinic establishment was unprecedented. The Kabbalists from the school of Isaac the Blind in the southern France and Spain led the attack. In 1232 in Paris, the Jewish rabbis in collaboration with Dominican monks arranged a public burning of The Guide. Only in 1240, when the Dominican monks organized the burning of Talmud, did rabbis realize that they had let their dislike for Maimonides to get out of control, and they tried to cool it down. All of that was a part of the second phase of Maimonides controversy, which Maimonides managed to postpone until the time when he would not be on earth anymore.

Just a few basic themes from The Guide for Perplexed which upset the rabbis of his time and which are still being rejected by many of today’s rabbis:

Due to opposition to Maimonides’ thoughts and his philosophy, Rabbinic Judaism evolved as if Maimonides never existed. The controversy concerning his teaching exists till today. It has become a customary for many Jewish congregations to pretend that they are following Maimonides, while they are not.

In spite of early kabbalistic rejection of Maimonides, some of his ideas were later absorbed in teaching of Kabbalah. This is especially true about his description of God, who is in Kabbalah known as “Ein Sof” in Hebrew, which means: there is no end.

A statement of Menachem Kellner, a Professor of Jewish Thought at the University of Haifa in Israel summarizes the status of Maimonides within the current major streams of Judaism (from Maimonides’ Confrontation with Mysticism):

Maimonides’ Judaism demands much, offers little. More precisely, it offers much, but few can take advantage of it. Even more precisely, Maimonides’ Judaism offers much, but few can take advantage of it in the pre-messianic age. Seeking to help a few who could immediately profit from his teaching and to minimize the damage to those who could not, he presented his views gingerly. The rage provoked by these views when they were understood proves the wisdom of his approach. Those, like me, who find his views as a vision of Judaism which is both attractive in its own right and true to Torah, can only regret that he has as yet not succeeded in winning over the vast bulk of Jews who study his writings with devotion. But, with Maimonides, I am optimistic that the day will come when earth will be full with the knowledge of the Lord as waters cover the sea.

Petr Chylek is a theoretical physicist. He was a professor of physics and atmospheric science at several US and Canadian universities. He is the author of over 150 publications in scientific journals. He currently works and lives with his family in the US Southwest.

PrevAwaiting the Barbarians by C. P. Cavafy
93 and Not Dead Yet: Cruel, Unusual and CertifiableNext