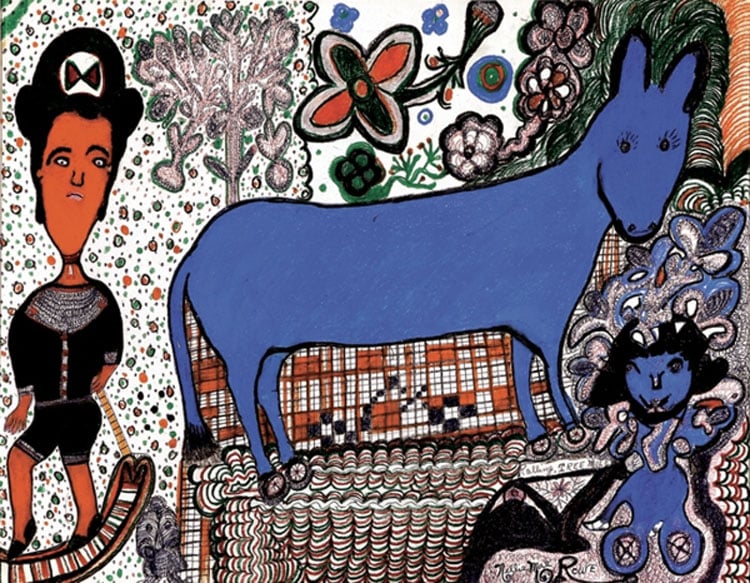 Pleasure Island was in Wakefield, Massachusetts. In 1959, it was a teaser theme park from the former producers of Disneyland in Anaheim, California. In my first year of college at Boston University, Pleasure Island sent out announcements to all Boston colleges, soliciting for summer jobs targeted for local university students. I interviewed for a job.

A tanned middle-aged Californian guy looked at my application and then spoke in a lecture style. “Many of the attractions are educational rides. For example, there’s a whale adventure ride going after Moby Dick, with a spiel about the life and times of whaling and Herman Melville. There’s a pirate ride, western town, scary submarine ride based on a Disney movie, and many others. You’ve had experience with vegetable gardens and agriculture–the boxes you checked off?”

I weighed 109 pounds, stood 5’5”, and wanted to get a place in Western Town or driving one of the pirate or whaleboats. “I grew up Italian, sir. I worked in my grandfather’s vegetable and flower gardens. My main job was spreading cow manure and turning over the soil.”

He seemed to ignore my response and handed me a card. “The Hood Dairy has a farm ride. It’s entertaining and educational. I want you to read this paragraph.”

I read the portion of a script for the Hood Farm tractor ride. It was the section where a tractor, which pulled four large surreys with an orange fringe on top, actually drives through a giant haystack tunnel.

“I’d like you as one of the crew for the Hood Farm and Dairy Ride. Like the other Pleasure Island rides, you’ll be in a costume. In your case, a farmer’s light blue bib coverall, a bright yellow shirt, red bandanna, and weathered straw hat.”

“I kind of wanted the pirate ride or Moby Dick hunt. I can pilot an outboard motor boat.” Not a farmer amidst a possible nest of succulent college girls who drool over macho-dressed peers.

“Yes.” I swallowed in surrender. I needed the money for my college books. The hours for the Pleasure Island job would also allow me to play the accordion in a trio at a popular bar in Somerville.

“There’s one other thing. You have to be compatible with Clyde.” He sat back and folded his arms.

“Clyde? Who or what is Clyde?” I knew there had to be a catch.

“He’s one of the main attractions on the Hood Farm. You have to lead Clyde to the old-fashioned wooden merry-go-round, and harness Clyde to it. Clyde powers the ride and goes around in circles. You’ll provide the break times for the people who drive Clyde’s ride.” The site manager smiled as he answered my query. “Clyde … is a Palomino mule.”

An older weathered woman named Mellie, who was in charge of the farm animals, led me, in my roomy farmer costume, to the barn where the horses for Western Town were kept. She wore tight pink jeans, a pink straw cowgirl hat, a pink western shirt, and rhinestone-studded pink cowgirl boots.

“Clyde’s usual California handler is your size and has a voice like yours. Just talk to him and if his ears don’t go backward, touch his nose, and continue to speak.”

Clyde was the biggest mule I had ever seen. He was also the only mule I’d ever seen. His body was that of a palomino horse. His head had the long ears of a mule and the face of a pack animal disinterested in life on any terms. His ears didn’t fold back, and he allowed my touch.

“Fantastic, Peter, you’re a natural with mules. I’ll show you how to put his harness on and take it off. Then you do it alone a few times.”

This was the story of my life. Any pick-up line I used never worked with girls. Now I had a new one: “How’d you like to meet my mule Clyde?”

I had no problems connecting Clyde’s harness to the carousel country-style merry-go-round. I sat in the driver ride seat at a practice session, and ordered Clyde to move. He stood rock still.

“You need this.” Mellie handed me a box labeled ‘Minute Rice®.’ “Grab a bunch and toss them on Clyde’s rump. Not too many or he’ll take off with a jump. When you want him to stop, just pull on the reins. Clyde will fall asleep standing up within a minute, so after each ride you have go around and talk to him to wake him up. When you’re ready to go, flick him in the ass with the Minute Rice®. It doesn’t hurt, but he thinks they’re biting horse flies, which disappear as long as he keeps moving.”

How does Mellie know this? Anyway it worked. I was the only one who could walk Clyde to the ride and attach his harness to the pulling-rig.

My mornings began by getting Clyde in position for his work day. Then I drove the tractor to the waiting surreys and hitched it to the first surrey. My microphone hung around my neck and I launched into my Hood Farm spiel. Adults and kids loved the farm tractor ride. I rapidly adapted to driving the tractor. I fit perfectly on the small metal seat and all the controls were in front between my legs. The clutch pedal was on my left and the brake on my right just like a car. The gas pedal wasn’t a pedal; it was a three-foot high metal lever with a leather pistol grip. It was between the clutch and the brake.

Giving the same tractor talk over and over again got old quick. I was actually grateful to relieve my colleagues on Clyde’s carousel ride for their morning and afternoon breaks. Mellie did the lunch breaks.

On the first day of actual work, I relieved Clyde’s driver for his morning break. He handed me a stop watch and the box of Minute Rice®. “The ride is three minutes. Wake Clyde up after the last hanging bench seat is loaded.” Clyde’s driver then whispered something to me.

My eyes bulged. “You have to be kidding.”

“It’s only for the splashdown, then just use the Minute Rice®.”

The script for the carousel was simple and short. It merged into a description of the other features of the Hood Farm including my main tractor ride. I had awakened Clyde and used the rice. Halfway through the timer, the first of two situations happened, just like my friend had warned me it might.

The second episode was scary–for me–not for the riders. Clyde suddenly, and without any warning, stopped in mid-stride. I shouted into my microphone, “Everyone hold on. Clyde’s taking a short break.” The wooden bench seats rocked with rusty squeaks on their overhead hinges and more “ooh’s and aahs” were expressed as Clyde’s bladder let out a stream of urine, like an urgent fire hose’s first emission. A grounds-cleaning crew came to throw straw on the wet spots and scoop up the mule buns before the next ride.

That summer I made the money I needed for the next school year. I made more playing the accordion at the Terminal Cafe in Somerville than at Pleasure Island. My social life was also without complaint. I met a lovely girl named Betsy from Cornell University who lived in Wakefield, and worked at the Hood Ice Cream Parlor. We had several dates, and off she went to Cornell at the end of the job. She came back at Christmas break married to an archeology graduate student. Nevertheless, my overall feeling was one of positive adulthood development. I didn’t miss Betsy from Cornell, as much as I missed Clyde the mule.