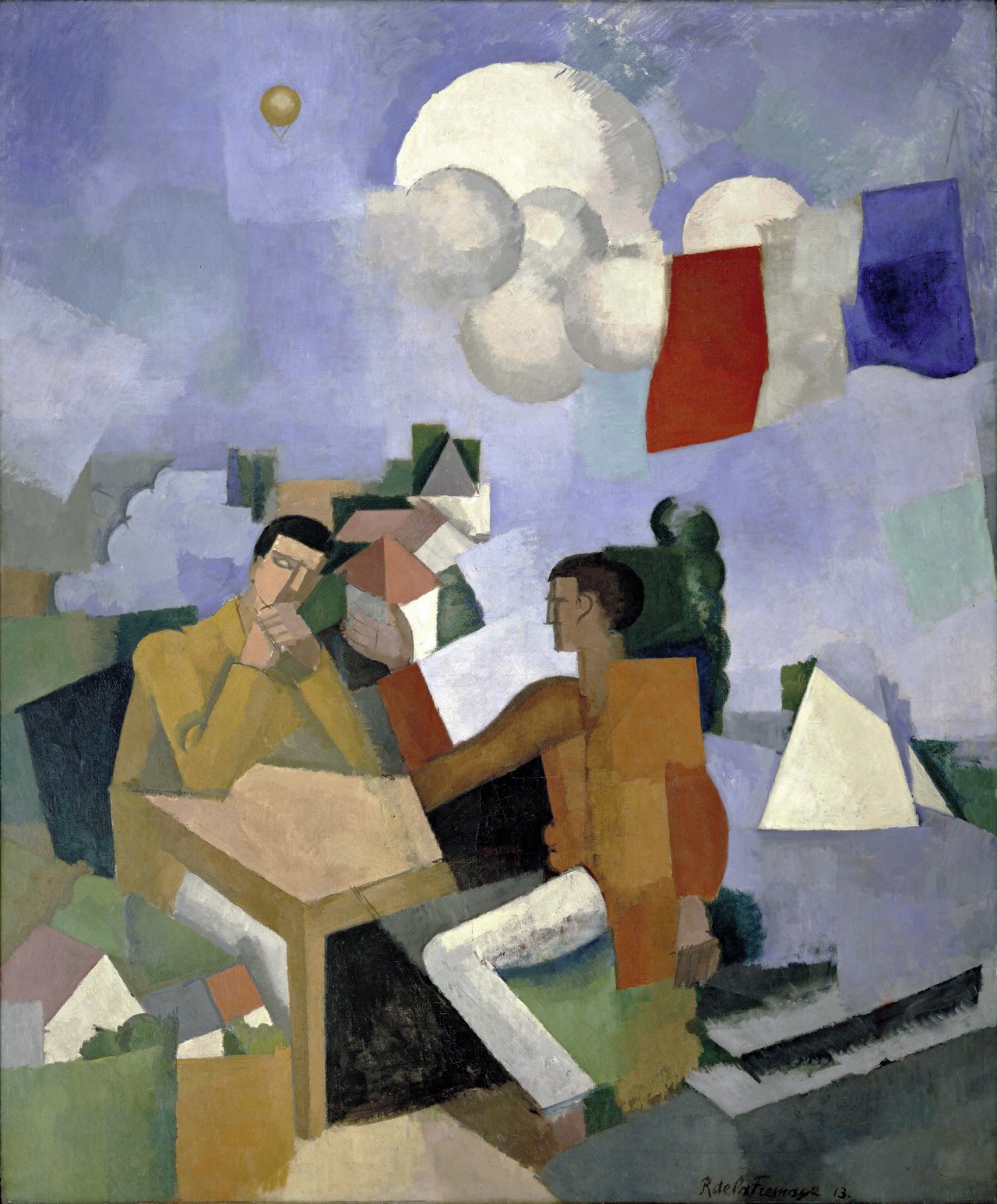 The Conquest of the Air, Roger de La Fresnaye, 1913

There is something inherently appealing about aphorisms. They offer up a gem of wisdom with brevity. They are like an arrow that goes to the heart of an argument and, as such, they are the verbal equivalent of Confucius’ saying that one picture is worth a thousand words. Some aphorisms, though, are simply amusing.

In the English language, Oscar Wilde’s name is synonymous with aphorisms: “A good friend will always stab you in the front.” “No good deed goes unpunished.” And: “Imitation is the sincerest form of flattery that mediocrity can pay to greatness.” Most would agree that he was, indeed, the master of aphorisms, or as he put it, of epigrams.

Aside from Oscar Wilde, there are two other individuals who are particularly noted for their aphorisms, Friedrich Nietzsche and Eric Hoffer. For example, Nietzsche: “What doesn’t kill you makes you stronger.” “Whoever fights monsters should see to it that in the process he does not become a monster. And if you gaze long enough into an abyss, the abyss will gaze back into you.” And Hoffer: “There is always the chance that he who sets himself up as his brother’s keeper will end up as his jailkeeper.” “The sick in soul insist that it is humanity that is sick, and they are the surgeons to operate on it. They want to turn the world into a sickroom. And once they get humanity strapped to the operating table, they operate on it with an ax.”

But, of course, there are other famous individuals whom have also been known for their bon mots:

Churchill: “If you are going through hell, keep going.” “Nothing in life is so exhilarating as to be shot at without result.”

Voltaire: “If you want to know who controls you, look at who you are not allowed to criticize.”

Teddy Roosevelt: “A man must think well before he marries.”

Thomas Paine: “It is the duty of the patriot to defend his country from its government.”

Mark Twain: “Loyalty to country always. Loyalty to government, when it deserves it.” “I did not attend his funeral, but I sent a nice letter saying I approved of it.”

Alexander Solzhenitsyn: “No, deny it all you like, but our humanitarian intelligentsia has the same roots, the very same roots as the Bolsheviks.”

André Gide: “Everything that needs to be said has already been said. But since no one was listening, everything must be said again.”

Marcus Aurelius: “We all love ourselves more than other people but care more about their opinion than our own.”

As well as the not so famous. Theodore Dalrymple: “Political correctness is like a poison gas that can seep into the most unlike places.” “Women were repeatedly attracted to men who exuded abusiveness or cruelty like a cold front on a weather map. Anyone with the slightest experience of life could take one look at them and know that they should be avoided, and yet they never had any difficulty in attracting women to them.” Taki: “American revisionists seem to think people should forfeit their history, customs, heroes, and freedoms to a self-appointed elite. I say screw you, you’re not worth a bucket of warm spit, and like the communist in disguise that you are, you will end up in the rubbish heap of history.” “Like a venereal disease uncontrollably spreading, wokeness will cause the final collapse of the republic.” Walter Lippmann: “The news and truth are not the same thing.”

How long, or how short, does an aphorism have to be in order to qualify as such?

Or, put another way, when is a statement an aphorism? The essence of an aphorism is its brevity, encapsulating wisdom. Short and to the point. As such, an aphorism should be one to two sentences long, though in very rare cases three very brief sentences may qualify.

Can an aphorism be embedded in a larger body of writing?

Although aphorisms are best when they stand alone, the answer is yes. We do not have to look farther than Shakespeare (“When troubles come, they come not as single spies but in battalions.”) or the master of epigrams himself (“We are all in the gutter, but some of us are looking at the stars.”).

Are cultural sayings aphorisms? Can an anonymous statement be considered an aphorism if the author is unknown?

These two questions are connected and it seems that a saying, an aphorism, a proverb, and an epigram are essentially four words that denote the same thing, as is often the case when using a thesaurus. Also, the lack of an author’s name to attribute it to does not alter what it is. Aphorisms are in every means of communication: in writing, in speeches, in memes, in everyday talks; they are just not formally recognized as such.

American/English sayings: “The apple does not fall far from the tree.” “A stitch in time saves nine.” Cuban/Spanish: “Tell me who you travel with and I’ll tell you who you are.” “From such a club, such a splinter.” Japanese proverb: “The tongue of woman is her sword, which never rusts.” Mongolian epigram: “It is easier to catch an escaped horse than to take back an escaped word.” These are all aphorisms, epigrams, sayings and proverbs.

Does an aphorism have to be uttered by a famous person in order to be an aphorism?

It may appear to be so because a famous person is often under scrutiny by both admirers and detractors and anything that person does or says (be it an epigram or a speech) gets propagated. Yet, wonderful epigrams may be uttered by persons who are unknown to others besides their friends and relatives. Case in point is my family. This from my daughter: “Rap means Retards Attempting Poetry.” My wife: “I have to stay in good shape, have a good-looking body cause I’m planning leaving my body to science when I die.” “Money comes to me like a turtle and it goes out like a hare.” My son: “I imagine purgatory to be going clothes shopping with a woman.” “I don’t like Picasso or Dali. When I see a painting, I want tranquility, not crack cocaine.” “France should change the color of its flag to just white.” “Life is disappointing after ten.” (at 15 y/o age)

And lastly, can modern day memes qualify as aphorisms?

If one wishes to be a snob, one can look down at memes. Yet, even a snob will have to admit that there are some memes out there on the internet which are absolute gems. And so, my answer would be yes. Some memes involve pictures while others stand alone. These days, almost all memes are political in some way. Here are a sample:

“When I die don’t let me vote democrat.”

“Do what makes you happy because if you died today your job would be posted online before your obituary.”

“Does ‘My body my choice’ apply to masks and vaccines, or just to killing babies?”

“Ever noticed how you’ve never seen people fleeing from capitalism to seek a better life in a socialist state?”

“’Trust the science’ is the most anti-science statement ever. Questioning science is how you do science!”

“Dear Trans community: Don’t tell me I have to accept you for what you are when you couldn’t accept yourself for who you were.”

“I won’t use pronouns for the same reason I won’t talk to a schizophrenic’s imaginary friends.”

In short, an aphorism is differentiated from a mundane statement by its brevity while containing a nugget of wisdom. Things that are ascribed as epigrams, proverbs, sayings and even some memes are all aphorisms and they, too, are brief and to the point. The fact that they are handed down and told to one another underlies their emotional impact as well as their wisdom.