Brad Pitt’s Oscar and the Risks of Masculinity 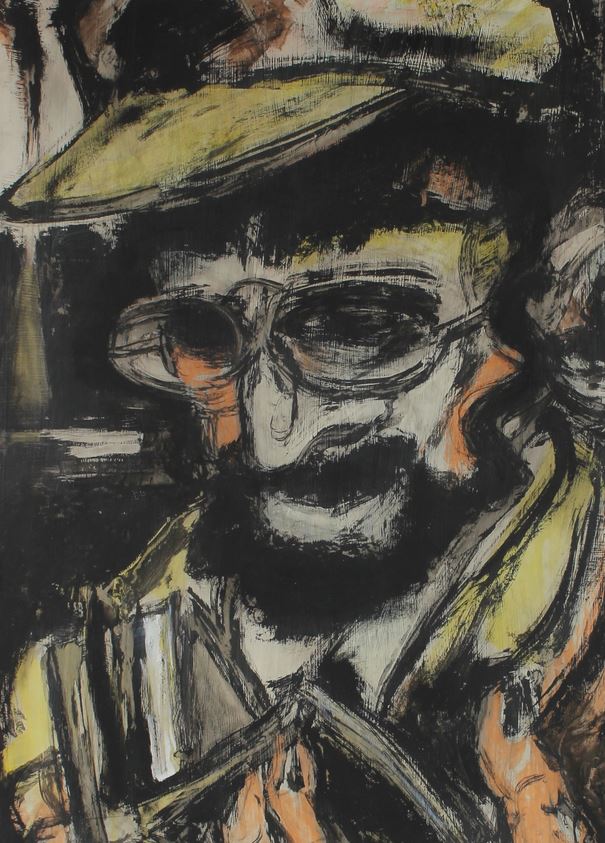 For the last few years, masculinity has been experiencing something of a PR crisis. The #MeToo movement, the incel murders, and the general overheated political environment have all heaped fuel on the fire of man-hating feminism that threatens to engulf our entire society. Men are told that they must apologize for their own toxicity and accept unjust treatment as penance.

One Canadian university even installed a “Masculinity Confession Booth,” so students could seek absolution for their sins of mansplaining, manspreading, and manterrupting. When psychologist and author Jordan Peterson, who has himself been criticized for speaking primarily to frustrated young men, heard about this confessional, he offered the following response: “If you think strong men are dangerous wait until you get a load of weak men.”

Dr. Peterson’s tweet, in addition to being prescient and incisive, may also be the best possible summation of the thesis of Quentin Tarantino’s most recent film, Once Upon a Time in Hollywood, for which Brad Pitt just won his first acting Oscar.

The film follows washed-up actor Rick Dalton (Leonardo DiCaprio) and his stuntman Cliff Booth (Pitt) who, after a series of loosely related scenes highlighting the glories of 1969 Hollywood, cross paths with the Manson Family on the fateful night of Sharon Tate’s (Margot Robbie) murder.

In our timeline, the three drugged-out cultists murdered five people that night, including the visibly pregnant Tate. In Tarantino’s, however, the Family members make an on-the-fly decision to kill Tate’s (fictional) neighbor Dalton instead. Cliff beats two of them to death with his bare hands, while Dalton incinerates the third with a fully functional prop flamethrower.

Meanwhile Tate, clad in bright yellow, dances sun-like at the center of a ring of people. She is free, innocent, the source and embodiment of joy and life and beauty. She is everything that might have been, the promise of a new dawn, and with her death, the cheery, airy acid dream of the 60s became a nightmarish bad trip. “[T]he Sixties ended abruptly on August 9, 1969, ended at the exact moment when word of the murders on Cielo Drive traveled like brushfire through the community,” journalist Joan Didion wrote.

But, Tarantino suggests, it need not have gone that way. What if Tate, and everything she came to represent, had been protected from its own excesses by the kind of men who were already being vilified out of existence? In his review of the film, ITO writer Kenneth LaFave describes how “the one man and two women who broke into Tate’s home that night, armed with a single pistol and some knives, found almost no resistance from their victims.” Tate’s husband Polanski was gone, and her former beau Jay Sebring was useless. So much for the new masculinity. 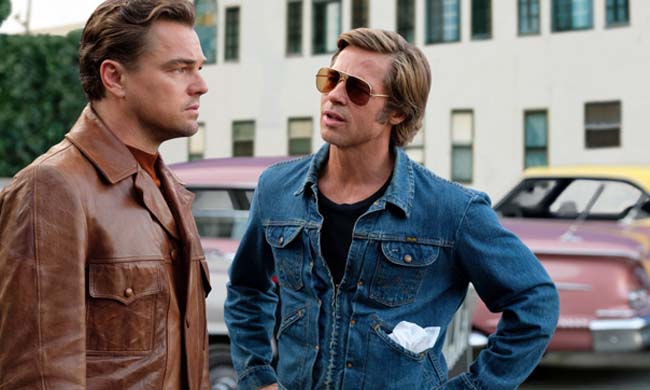 On the opposite side of the spectrum stands Cliff Booth. Booth, strong and handsome like McQueen, is a man with a code. He lives simply, almost monastically, in a trailer behind a drive-in movie theatre. He loves his pit-bull, Brandy, but not with the simpering indulgence of a millennial dog parent: she obeys her master without question. He is described as a “war hero,” and even proves a match for Bruce Lee (Mike Moh) in a backlot sparring match. He places himself in great danger to ascertain the well-being of an old friend, refuses the advances of an underage girl, and is unfailingly loyal to his friend Dalton.

But Booth is also, as people are so fond of saying these days, “problematic.” Although an excellent stuntman, he cannot find film work and instead spends his days fixing Dalton’s TV antenna and chauffeuring him around. Booth has been “cancelled” due to rumors that he murdered his wife.

Tarantino gives us a flashback to the moments leading up to the supposed murder, which the court ruled an accident. Booth is sitting on a boat in full scuba gear with a harpoon gun across his lap. He cracks a beer, probably not his first, while his wife nags and belittles him, calling him a loser again and again. He grips the handle of the harpoon gun . . . and CUT! We never learn if he meant to pull the trigger or not.

And it is in that ambiguity that Tarantino’s brilliance lies. Our cultural debate over masculinity seems split into two equally ridiculous camps. On one side are the reactionaries, for whom any suggestion that our ideal of what make a man a man could use some adjustment is a secret feminist plot to turn every red-blooded American male into a nail-painting girlyman. (I caught an earful from these people when I dared to defend a certain controversial Gillette ad.) On the other are those for whom masculinity serves no purpose beyond perpetuating an unbroken saga of oppression and violence. Booth was therefore a polarizing figure for critics. Bishop Robert Barron, in his review of the film, praised Booth as a virtuous hero, while Richard Brody, writing for The New Yorker, denounced him as a “white-male” oppressor. Those who lament the current “crisis of masculinity” love Booth. Those who think masculinity is the cause of every society problem vilify him.

Read more in New English Review:
• A Strong Warning from an Auschwitz Survivor
• A Pair of Literary Judgments
• Walking In Manhattan and Böcklin’s Isle of the Dead

A world inhabited, and in large part run, by men like Booth has its risks. Strong men can easily become tyrants and abusers, and we should do everything in our power to punish those abuses when they happen and to stop them from happening in the first place. That’s why constant dialogue about what it means to be a man is so important. But what Peterson’s tweet suggests, and what Tarantino’s film seems to echo, is that a world without men like Booth is more dangerous by far. When knights lay down their swords, dragons devour maidens. 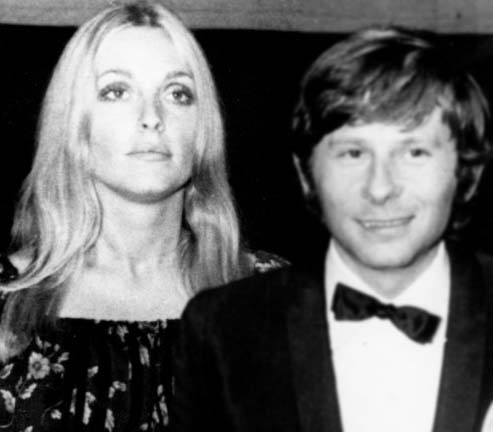 The contrasts between the two timelines prove the point. With Polanski and Sebring as her defenders, Tate was murdered. With Booth as her defender, she survived. Booth, the strong man, might be a wife killer. Polanski, the weak man, is unquestionably a child rapist. The former entails a risk; the latter, a certainty.

(For what it’s worth, I think that Booth pulled the trigger by accident while wishing his wife were dead. By the law’s definition, he did not murder her; by Christ’s, according to which hatred is tantamount to murder, he did. Furthermore, I believe Booth, frightened by his own dark side, spends the movie seeking redemption and exercising self-control. That’s just me, though. Opinions vary widely.)

If Booth’s uncertain past makes you uncomfortable, that’s because Tarantino wants you to be uncomfortable. Watching the muscular Booth beat a petite female cultist to death with his bare hands, even if she does have a knife and even if she is trying to kill him and everyone else in the house, raises difficult questions as well: is he chivalrously defending Dalton’s sleeping wife, or does he enjoy hurting women? Is he a heroic protector or a toxic victimizer? The ambiguities of his past and his character demand scrutiny, even suspicion, and—if he truly is guilty—punishment. To paraphrase C.S. Lewis, Booth might (or might not) be good, but he certainly isn’t safe. Once Upon a Time in Hollywood, though, shows that replacing men like Booth with men like Polanski leaves goodness and beauty (like Tate’s) at the mercy of evil without any increase in safety.

Grayson Quay is a writer living in Arlington, VA, whose work has been published by The American Conservative, The National Interest, Reason, The Stream, and Intellectual Takeout. He holds an MA in English from Georgetown University.