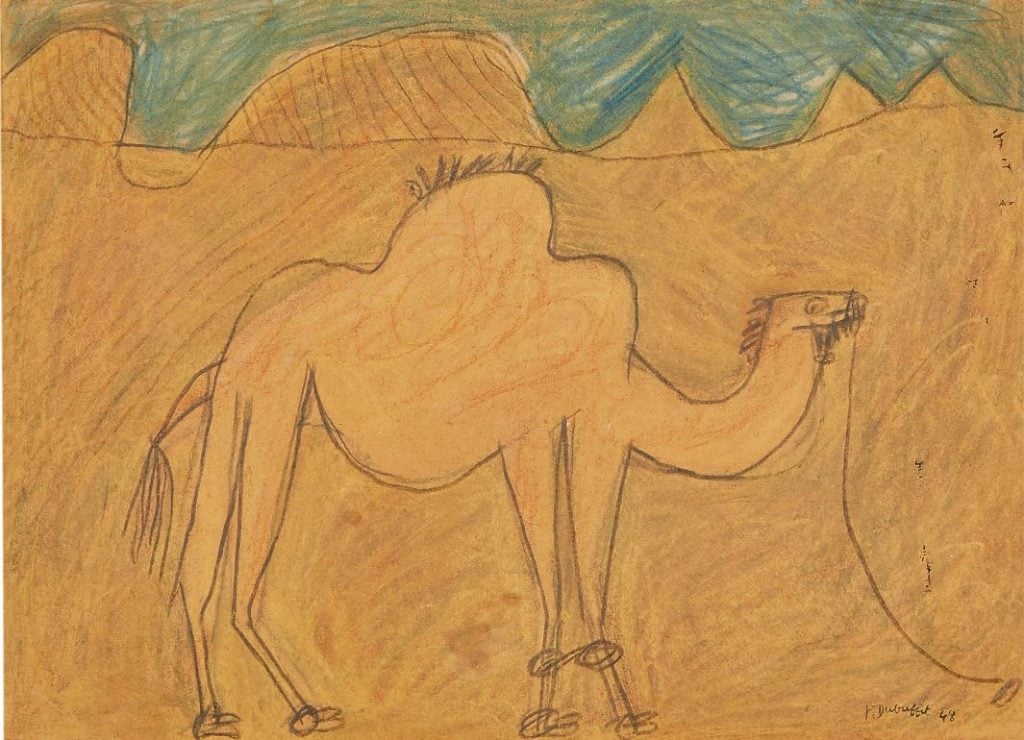 Ahmad Haddani was born and raised in southern Morocco. His village looks like a bit of scenery from a Hollywood Biblical film. It is called Ait Ben Haddou. If you have seen the film Gladiator with Russell Crowe, you will have seen it in living technicolor.

It is really just one marvelous, sculpted mud village of brown towers, courtyards and apartments, mosques and markets, connected with winding roads and secret tunnels. During the winter rains it is drenched with water and then, it all evaporates and the oasis becomes an island of green among brown hills and the nearby desert that beckons on the horizon.

Ahmad was twenty years old. He was thin, strong. He had fuzzy black hair that he had inherited from his West African slave ancestors, an aquiline nose from the Arabs on his father’s side and the high cheekbones of his Berber speaking mother. As far as he was concerned he was a Moroccan, Arabic speaking with some French and of mixed ancestry. There were no Sayids or descendants of saints and prophets in his family. They were working people.

Ahmad was literate. He could read and write in Arabic and French but like so many of his age mates did not finish high school. Instead, he picked up odd jobs here and there and helped out during the date harvest. He did have a way with camels, rode them well and had gone into the Sahara on trading trips that the authorities would label smuggling. Ahmad did not see it that way.

One day Ahmad was eating at a small restaurant at the edge of the market with Driss, a thin Reguibat, from a camel herding clan who had a place in the oasis. They had just finished a chicken meshwi and were filling themselves with sugary gazelle horns washed down with sweet green tea. Driss told him that the following day they would meet outside of town where he and some other Reguibat would take their camels forty miles into the desert to “make a delivery.”

The next day Ahmad found himself walking beside his camel. All the camels were well packed and Driss was in the lead. One camel fell behind and Ahmad was sent to fetch it. As he was out of site he carefully untied one of the camel bags and to his astonishment found 100 gold pieces, British money from a century ago. He quickly tied up the bag and brought the camel back to camp.

By that time, the other men had made camp. They were sipping tea and cooking a stew of dried meat and vegetables flavoured with prunes. They pulled out their blankets and fell asleep looking at the stars which during Saharan nights seem as if they might fall on you, like snow, if you do not pay proper attention.

Ahmad woke early the next day and was up before tea. He lagged behind. He was dreaming of the gold. He thought to himself, “These Reguibat smugglers would drop me in a second if push came to shove and a hostile tribe came into view. They could even sell me into slavery, who knows? And by what right  do these pirates of the desert get to smuggle gold, make enormous profits  and then hire me for minimum wage because I am merely a half breed, semi literate oasis dweller? The nerve of these men.”

But like most oasis dwellers, Ahmad knew that he had to keep his place, show gratitude, pour the tea and make sure all is well with the men in the camp. They continued trekking.

Each day was more or less like the next. They rose before the sun, had tea and dipped stale bread in it, stopped for prayers, using the sand instead of water to clean themselves before prayers, rested in the afternoon, travelled for another  two hours before sundown and then made camp, talking  and listening to their battery powered radios or not even that. Sometimes they sang the songs of their tribe, accompanying themselves with syncopated clapping.

Driss had taught Ahmad over the years where every water point was and so Ahmad considered himself a son of the desert. He felt he could go it alone if he would ever have to. One day he had lagged behind again and decided to rest beside his camel. He had a large flask of water with him, some dried dates and a compass. Then the sand hit him.

He was knocked down as if he had lost a fist fight. He could not see. His camel spontaneously kneeled and nearly buried his head in the sand.  Ahmad groped his way toward his camel and lay beside it with his head snuggled into the armpit of the camel who was on its side. The storm raged on and on and Ahmad went in and out of consciousness. Strangely, as he felt the heat and extreme dehydration kick in his mind began to wander. He started reciting in his mind some classical Arabic poetry that he had learned in school.

How many times have I set forth
with a bent back
and a waterskin slung on my shoulder?
How many valleys have I crossed—
lands barren as an ass’s belly
where the wolf howls
in its dire need?
Once when I heard that howl
I offered a reply:
“We’re hard up, you and I,
brothers in destitution.
Whatever we lay hold of
we soon let slip away:
times are always lean
for those who sow like us.”

Then a fragment of Al Qutami came to mind

Our business is to make raids on the enemy,
on our neighbor and on our brother,
in case we find none to raid but a brother.

Then finally, almost as an admonition to his poetic hallucination he remembered  a Koranic verse that criticized poets:

And as to the poets, those who go astray follow them.
Do you not see that they wander about bewildered in every valley?
And that they say that which they do not do. (26:224-226)

The storm was over. Ahmad was covered in sand. So was his camel. They both got up, almost at the same second. Ahmad dusted off the camel as it snorted and shook itself free from the sand. Ahmad stripped off his clothes, first his turban, then his gown, then his serwal, the oriental trousers we see in 19th century portraits of north Africans and then his Nike shoes, which he had bought second hand in the souk back in Ait Ben Haddou for the equivalent of three US dollars. He was delighted at the time as he felt he had got a bargain! He got dressed.

His food was still in the sack and his water bottle was full. He and his camel started tracking the other men in the caravan but it was difficult, for the storm had blown their tracks from the sand. It took two days, but Ahmad finally found the others. They were sitting around the campfire drinking tea. They had made camp and soon all were asleep under the vast sky that seemed to envelop them like an enormous purple blanket.

The next day Ahmad began to ask himself, “Would Driss and the other Reguibat have stopped their caravan to come back and look for him? Would they not have left him to fend for himself in the desert? Would they have let him die and perhaps find his desiccated corpse on the way back from their destination?” Suddenly Ahmad did not trust Driss anymore. He had heard stories of how the Reguibat only took care of their own and when push comes to shove would sacrifice any nontribal member if the situation demanded it. Ahmad suddenly felt alone and he began to get angry.

The caravan moved on, day in day out, following the same routine. Soon the Moroccan sand dune desert gave way to a stone covered plain with black lava like mountains bereft of vegetation. This meant they were now in Algeria, close to their rendezvous. They were soon  to receive large quantities of American dollars, from their contacts there, twice the value of the gold they had stolen in Morocco, as their contacts would then sell the gold for three times its value in the gold starved, socialist dictatorship of Algeria. Ahmad thought it is good that Morocco is a kingdom and that their King is a direct descendant of the prophet Muhammad who was himself a merchant. “Peace be upon him,” he muttered to himself.

Their Algerian hosts wined and dined them, all night long and not surprisingly local women crawled into their beds, unannounced. Ahmad took great comfort with the women but he had not eaten a thing as his stomach had been upset. Then next day they headed home.

First it was Driss, then Mohamed, then Hassan, then Bilal. All of the members of the caravan became ill.  They had to stop and make camp. They drank tea. They slept. They drank more tea and slept again. Over three to four days they began to become weaker and weaker. First Mohamed died, then Hassan and Bilal. Ahmad did his best to nurse Driss back to health. As Driss’s eyes began to lose focus he gripped Ahmad with both arms, yelled, “poison,” and collapsed.

Ahmad buried them all. He covered their burial site with stones. He intoned a verse of the Koran in their memory. He realized that the Algerians would not be far behind him. He had to move fast. He knew the routes away from the road. He lined up the camels, tied them to each other and rode for two nights and one day, two nights and another day, then again,  until he reached Ait Ben Haddou. He left his camels in the care of a young relative at the outskirts of town and walked to his father’s house. He told him everything.

For fifteen years now the Haddani family have been the conscientious owners and managers of the Haddani Hotel and Restaurant located in downtown Casablanca near the grand mosque. They make a good living. Their restaurant is famous for its southern Moroccan cuisine. They are polite to their neighbours.

Ahmad Haddani, his father and mother and five brothers all send their children to the best schools in the city and they take summer holidays in Spain. They are upright citizens of the Kingdom of Morocco. They go to the mosque regularly and fast during Ramadan. No one knows where they got the money to start their business.

PrevWhat Happened to Les
93 and Not Dead Yet: Nothing But … Or Nothing Like … The TruthNext