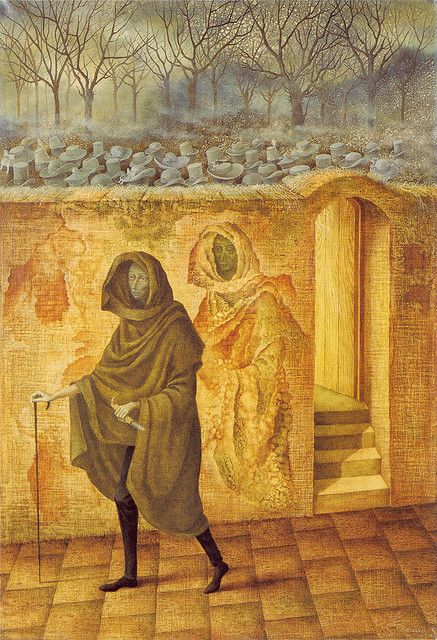 The cynics among us know that there’s no such thing as a coincidence in politics. For instance, was it just a coincidence that almost all of the mail-in votes swung over to Biden? But that’s not what I’m writing about today.

Coincidences only happen in real life and even then most of them aren’t really surprising enough warrant more than “Wow!—What a coincidence!”

You meet someone at your workplace who has the same birthday as you, or you go to a party and bump into someone you haven’t seen since you lived in another town, things that happen quite frequently. We’ve all had them happen to us but I’ve had few coincidences that stretch the odds of possibilities to the limit.

I’ve previously written about a guy dropping into our circle of friends way back in the days when I lived in Jersey in the Channel Islands. He was a bird of passage and never stayed in one place too long. His name by the way, is Arnold Lambert and he was born in South Africa. Meeting him was the reason I ended up in Vancouver, but I’ve already told that story.

In any event, he disappeared from our lives just as quickly as he came into it and we found out through another friend that he had emigrated to Australia. The only memento I had of him was a photograph taken of us during a charity swimathon (which got us into the Guinness Book of Worlds records in 1974). I still have that photo, although the wife who was in it has thankfully since gone her own way. He too went his own way and I guess you could say we were ships that passed in the night—never saw sight nor sound of him since that time.

Twenty-three years pass by, my marriage is over and I decide try and get over it by taking a trip to Australia to see firstly, my younger brother who lives in Sydney (and later on, my older brother in Papua New Guinea who provided me with some equally interesting stories of his own). My younger brother was, at the time, considering a move to Melbourne to be with his true love (big mistake), so we drove from Sydney down to Australia’s second largest city (with a population of around 4 million people at the time). On the way down, we looked up an old friend from Jersey who lived in Wagga Wagga. We had been close friends right up till the time we left, and I had named my son after him.

We reminisced, got rip-roaring drunk and talked about the swimathon. The conversation turned to Arnold. My friend (Ian) had actually spent time with him a few years earlier, but had fallen out of touch once again. He didn’t know where Arnold was but thought he might be in Melbourne. He knew nothing more than that. We had goodbyes the next morning and my brother and I were on our way to Melbourne once again.

Melbourne is a huge city, twice the size of Vancouver, very very English in its residential architecture and day to day life, yet very American with its glass office high rises. Lots of pubs, trams and pie shops and—surprise, surprise for Aussie life—no beach culture because there’s no beach!. My brother took me to the place where my family had emigrated some 45 years earlier, I had actually walked on this ground, although I was only 18 months old when I did.

I won’t bore you with the details but the emigration only lasted about 6 months before we were all on a ship back home to England. If you ask me nicely, I’ll tell you that story one day!

We’re getting close to the most memorable coincidence now. We did the tourist thing in the city and ended up in a pub not far from the downtown centre. While we were chatting, just the two of us, the subject of Arnold came up and we were laughing at the possibility of ever seeing him again, when who should walk out of the washroom but Arnold!

The one person out of the 4million in the city shows up the very moment we were talking about him.

I don’t know why, but I said only casually to my brother, “Oh, there he is over there!” and he hadn’t changed even one bit since the last day I saw him, blond hair still in a Beatle-style cut.

My brother didn’t believe it could be him so I called out his name across the bar “Arnold—is that you?” He looked at me very quizzically. “Do I know you?” “It’s me, Bill, from Jersey and the swimathon.” A glimmer of recognition came into his eyes and he said “Oh yeah! Now it’s coming back to me! You were that skinny guy who rode the bike, right?”

Obviously I was the only one who had changed since the last encounter.

We spent the rest of the afternoon in the time-honoured way of the day back then—by getting three sheets to the wind and making promises to see one another the next day.

Big problem, however. When my brother and I surfaced the next morning, neither of us could remember the name of the bar where we had arranged to see Arnold and we didn’t get a telephone number (cell phones weren’t widely in use yet). We just resigned ourselves to being happy that an incredible coincidence had happened and that we’d never see him again.

Off we went on another foraging journey in the city. Lunchtime comes and we pop into a pub aptly called “The Sherlock Holmes.” As we walk in, the phone behind the bars rings and the barman calls out, “Bill Corden? Anyone here called Bill Corden?” I looked at my brother thinking he was pulling a joke on me but, no, he was as bewildered as I was (and a bit gun-shy from the turn of events.)

He had been phoning all the pubs in the centre, in the not-too-fanciful belief that we would be in one of them, in the hope of finding us. This time, we took photographs and I still have them, too.

We never met again because the girl of my brother’s dreams turned out to be a nightmare to live with and we skedaddled out of town tout de suite. A lucky escape I would say.

I haven’t heard from him since that last meeting but I do half expect to bump into him in downtown Vancouver whenever I have lunch down there.

Back to Jersey. I used to walk to work every morning and regularly passed a beautiful girl who was also walking to work, but in the opposite direction. After a couple of months, we sort of acknowledged each other with a “good morning,” but that was it.

One day there was a Christmas party at the Jersey Central Post office. I went with my wife who worked there  and who should be there but this very same girl! She was a coworker’s of my wife’s, so we were happy that we could finally put names to each other. Her name was Sandra.

Not long after that, she just disappeared. I never saw her on the morning walk and never thought to ask my wife what had happened to her. We were then in the throes of emigrating to Canada and, about six months later, I find myself in an office tower in Vancouver, population around a million.

Lunchtime comes and I’m taking the escalator. Who should be on the opposite escalator? Sandra herself! She was as shocked as I was yet we managed to talk and fill in the blanks. We exchanged numbers and my wife phoned her to arrange a get-together.

Later, she eventually disappeared completely and, I’m sad to say, I don’t have a photo of her because she was a cracking looking girl.

I’m thinking that this might have something to do with atomic entanglement, although I don’t quite know how it works at the macro level. Can some of our subatomic particles get entangled just by meeting someone or maybe by walking on the same ground they did?

Again, back to Jersey. There used to be a guy I knew just as a nodding acquaintance. It seemed every time I left the office or went out somewhere he would be there—just one of those people that you see all the time. I’d see him on the other side of the street or coming out of a shop . . . maybe in the pub . . . but it seemed he was always around.

I didn’t know his name but, every time our paths crossed, we would nod and smile hello.

On the spur of the moment, my wife and I took off on a vacation to Glasgow, where my wife was born. We went down to Sauchiehall Street, the busiest street in Glasgow on one of the busiest days of the year. There’s about 1.2 million people in “No Mean City,” Glasgow’s nom-de-plume.

Who should be walking on the opposite side of the street but our “nodding acquaintance” friend! He just laughed, nodded and went on his way, not a word was ever exchanged with him. Now I’m asking myself “was he real?”

And, finally, a more recent one. We have a neighbour two doors down. I’ve known her now for over 18 years and, about six years ago, her new boyfriend moved in. Nice guy, quite taciturn, it took quite a lot to get a “good morning” out of him—quite the opposite of his girlfriend who enjoyed throwing dinner parties and inviting relatives. We got invited to one of them and, on entering the house, who should I see but the cousin of my now-ex wife. “What are you doing here?” I asked.

She’s only the boyfriend’s mother! I didn’t recognise him at all because he had grown so much since I’d last seen him 25 years earlier. He had been about 5’6″ and 140lbs then and was now 6’4″ and 220 lbs, so no wonder. Now we’re all good buddies with the tenuous relationship established.

I don’t know if this next anecdote can be classified as a coincidence or just a lucky break but I was in a weekly lottery-buying group, a group which never won a dime or, if they did, they reinvested it and invariably lost that money. I got fed up with this run of no return so I opted out and decided to go it alone. In those days, we had a messenger in the bank who went out and bought the tickets for us. I asked him to buy one for me, gave him the money separately but when he came back, he had all of the tickets in his hand. He fanned them out and said “Pick One” but one just fell out on its own, and I took that one? It won $2,000 which was a lot of money back then.

So, luck or coincidence, they’re related somehow. Is it fated that we meet certain people? Is our luck preordained? You tell me.