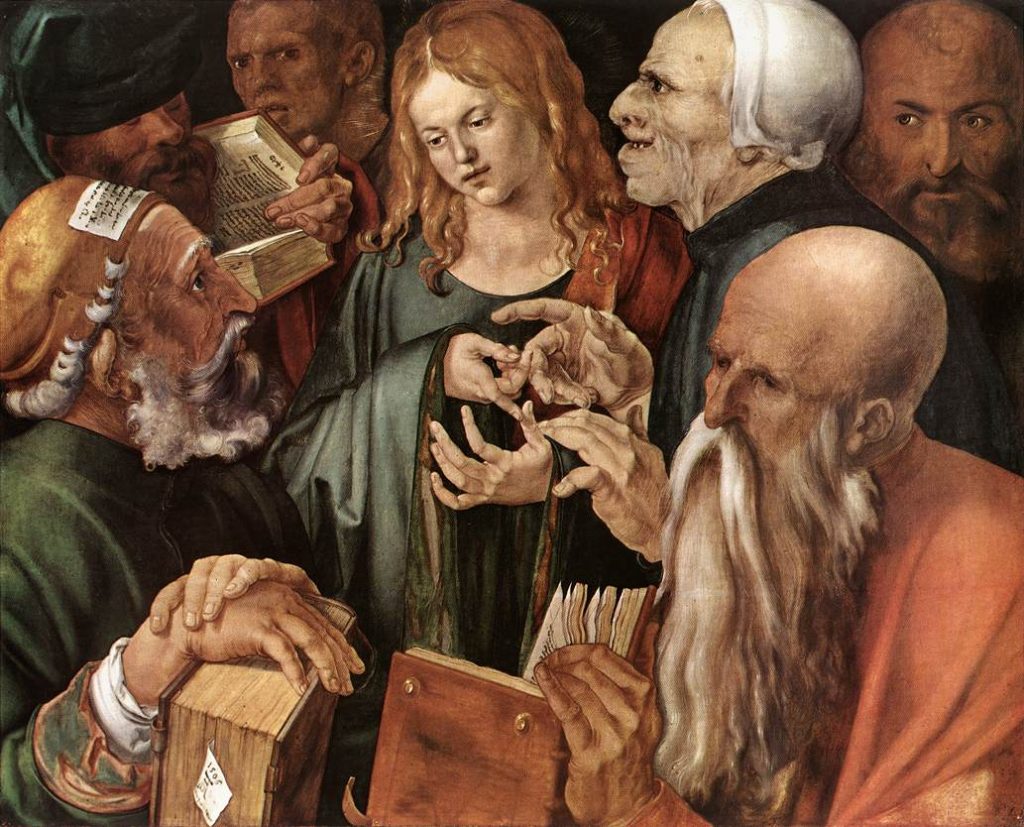 Christ Among the Doctors, Albrecht Dürer, 1506

Darwin the Prophet has come,
Revealing the final mysteries to man –
Religion is a sham;
Spirit does not exist.

Darwin the Prophet has spoken,
Unblinding the eyes—
Logos and telos for creatures?
Worthless notions.
Definition, pattern, shape?
All is never-ending flux.

Darwin the Prophet has decreed,
Ending superstitious errors—
Violence against the weak
Is a virtue,
Bestowing upon
The man-animal
A crown of glory.

I, a man, will tear the wing from a bird,
Plant it on my back, and with streams of gore
Rolling down my sides, proclaim myself a god!