Meditations on the Reflections of Seasons – Love 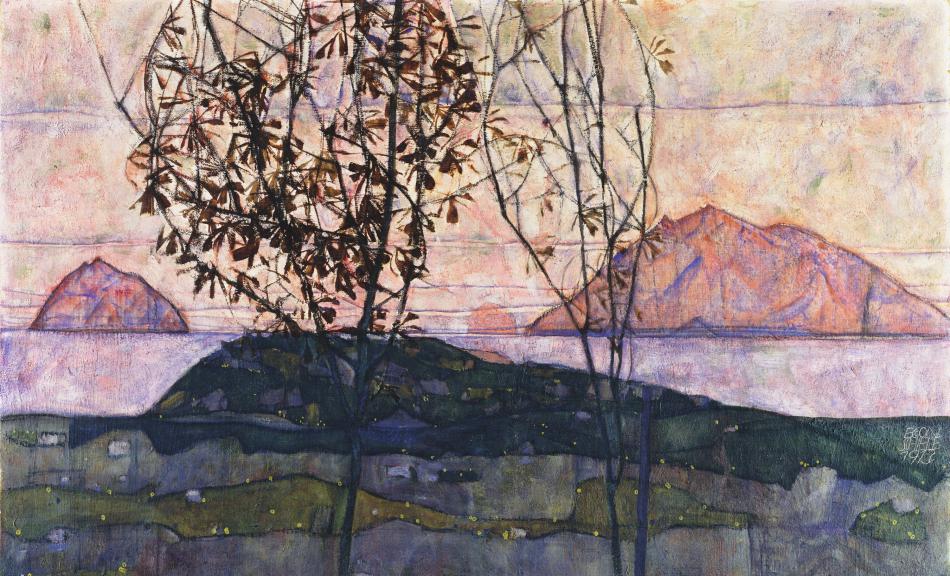 Parthenos, you are divine,
Married unto spring in the mind’s eye,
As blossoms in the fragrant air falling
Upon the tree-lined streets of my youth,
Like the unrevisited rivers of time gone by,
To which we can never return
In a world where the past
Is unreconciled to the future,

What is the greater portion?
The experience of you as you ripened,
Cold and forever fresh in my rememberance,
Or a contract with you into autumn’s depths,
Relinquishing you as the worm mulched morsel,
Until lamentably indistinguishable from the dust.
After the ripening, comes the decay,
After the decay, the stillness
Of a skeletal tree in a field of falling snow.

You shall remain as one with the spring,
With corpse cold days non-existent in your gleam,
Your glow extinguished nightfall from my world,
In the platonic realm of my rememberance.
Unlike the rise and fall of the real,
Beauty takes on a mock eternality,
The nymphs don’t possess immortality
But are immortal to men.

In the chance encounter with your form,
Time, space and substance conspired
To create an image of the ecstatic from beyond.
Is it better to have been beautiful in a world of time,
Or for it to have been otherwise?
Like a creature arising prematurely from its aestivation,
Into a realm of light and days undying,
And notice the descent, the spring, summer, autumn …
Beauty shall be ungathered on the bough,
Though preserved in the jar of consciousness.

It is a misfortune for you to lose your beauty,
In the fall from grace through sin time,
Faded pulchritude part of a profane Theology,
Beginning in innocence,
Ending in the tainted knowledge of winter,
In the decayed forms of divine thresholds,
Is this a reflection of the nature of reality,
In the majesty of a beloved’s eyes?

The flesh of the other awoke me
From the long slumber of illusion,
As a tired beast in hibernation
In the sleep/death of winter,
A birth after birth—a world remade,
In the axial pull of the springtide solstice,
The darkness and cold—an absence,
The lover’s gradual ripening and spring are one,
Reminiscent of world as once it was.

I’ll return back to the terrain I discovered love, or beauty,
Aren’t both indistinguishable to the neos?
The twain alloyed in a fortuitous form,
I shall return to this land not by recalling loves
That might have been in a realm of abstraction,
Coarsened by time’s Sisyphean ascent,
But through the contemplation of nymphs,
Flourishing into form in the wisdom of my age,
Here, there is a seasonal relativism—
Spring’s scattered remnants in autumn seen.

Eros, the subject to the seasons,
He is constrained by his mistress Artemis,
Spring is his dominion,
And winter his source of grief,
Love shall be seen in a withered flower,
After the fall of beauty, the death of the flesh,
From which love lingers on,
Where does it go if not the dust?

In all love’s incarnations is the dance with the eternal,
To pierce through the veil of illusion,
To transcend the chains of the temporal,
The glimpse of New Jerusalem from the outer dark,
In a world without the return of the circular,
But the straight line of the infinite,
With no birth, maturity, decay or death.
No creation nor recreation—
No Spring or the spring to come.

I was twice conceived, in flesh and spirit.
As if through the conduit of beauty born again,
Being reflective of the sod from whence it sprang,
In the premature mourning of loves unrequited,
Or chance winter florets in the mind of geriatrics,
As in dew drenched days of June,
Or in the Indian summer stealing fall’s thunder,
Dead aspects have real presence in the present.

In every illusory form of appearance,
There is no birth or death,
The still with us or the here no more,
Though an unending metamorphosis,
If this is true in a world of facts,
Then the grave shall be my chrysalis,
Discarded shall be every monument of the gone,
When resurrecting into a loftier state—
Beautiful majesty in a world of majestic beauty.

But here there is a union of the two,
On earth as it is in heaven,
As with the interplay of light and shadow.
Is darkness reality and lustre the anomaly, or vice versa?
Was agape first envisaged,
Or was reprobation the universal?
Love is reduced to pockets of experience and not experience,
Here there is beauty and majesty,
In spring and its illusions of undying light.

Eros shall sprout on March’s cusp
And in April bud as the narcissus,
Love shall manifest in this moments time,
In the kindly light of ethereal climes,
If we never devised the name desire,
Would it remain amongst gods as primordial fire?
The seed, winter sown in spring shall grow,
The time of year, how does it know?

I will reflect on love in a windblown dandelion,
I’ll meditate on birth—the spring after the solemn black –
As the dark preceding the dawn light’s shimmer,
I shall meditate on the end
In sin predestined Decembers.
In all this pageantry of the dust
Is prophecy amour and paramour,
Undying eros constrained through flesh decaying.

Where shall it end, a love confessed?
The paradise of thou, flesh expressed,
The earth it begun, a heap of dust,
My time again, I’d devote to lust,
Spring swiftly comes to swiftly be gone,
And beauty as autumn leaves are blown,
When desires come, satisfied they leave,
Though vanished love inspires grief.

Why to love if not to mourn?
How in life if not in death?
With one foot inching within that realm’s midst,
How the garlands of spring if not the vestiges of November?
How the light if not the darkness that rounds off the light?
A world without winter should render spring extinct,
Every vision of Utopia disparages marriage,
Love is unity in a world of duality.

The seasons are a duality of a duality—
Outside in warmth, at home in cold,
They’re further divided into four, the spring, summer …
Is spring the season of love or season of death?
The messiah received the terror of infinite winters,
So that men who would have reaped the frost-bitten fruit,
Shall inherit the wormless groves of spring in perpetuum.

The messiah died for the world as I would for my beloved,
The lover, the object of his affection is his orb,
At the end of winter—the beginning of spring,
The transitions of seasons suggest continuity,
After hibernation there is luminosity,
Only in spring are death and resurrection synonymous,
On Friday darkness, on Sunday light,
After the ravaging storms of night, the stillness of morn,
After the thunderous flow of orgasm, a deathlike rest.

If Christ suffered for the rib of church
Like Adam when creating eve out of himself,
The nymphs should be my medium of worship,
My companion, yes, but my pillar of truth also.
How many have found proof of another world
Within their lover’s otherworldly eyes?
The revolutionary replaces marriage with free-love,
As the path of eros leads to the gates of salvation.

Does unbelief lead to an order devoid of eros,
Or do the mandates of lust
Kindle the flames of neo-epicureanism?
What is my verse without the illusion
That fills the absence in the mind
Like a house of vacuous abandon
In a city that swarms with the dispossessed?
I write for an omission if I write at all.

Why go through Jerusalem’s gate on Passover,
Why not he who atones goes on atonement day?
Why at the winter’s tail, the nick of spring,
Where death is found temporal
By a God that drags life out of the dust
As Lazarus from the tomb of eternality,
In spring, death spills over into life,
In this is proof of things and things to come.

Here the world has been transumed,
The once gravitationally swayed snows that fell
As fledgling blossoms to the earth,
And the frozen pipes and snowmen in the fields
give way in the seaward drift of thawed streams on the earth’s other axis,
The wild sprouting of the Narcissus,
And crocuses arising in tandem with the day
Where winter has metamorphosised into life.

The separation of forms are analogous—a similar ratio-
New life in one, new world in the other,
Dominant man on subservient earth,
Subservient man under dominant heaven,
The dialogue between captive and free,
In the indentured servitude of eros,
Where the Miraculous exists somewhere
Between space and substance.

Truth shall be unveiled when two is one,
As upon the falling of the alienated firmament,
Or rain on the back of winter,
Causing moisture in cracked, frigid clods, Stirring up life in nonchalant plots.
In the conjugal act of male and female,
The breath of life,
In the conjugal act of heaven and earth,
The foundations of the city—
The breath of life