Translated from the Hungarian & edited by 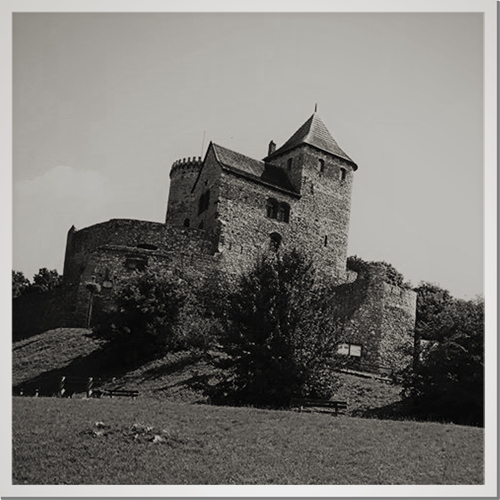 András Mezei (1930-2008), a major Jewish-Hungarian poet, was a child survivor of the Holocaust and a dominant force in the post-Communist reconstruction of his country following the collapse of Soviet domination a quarter century ago. His work is conspicuously being ignored by the servile Hungarian literary establishment to suit the taste of the current Hungarian government. It is, however, attracting great interest in English translation. His last, posthumous collection was Christmas in Auschwitz (Trans. Thomas Land, Smokestack Books, England, 2010).

describe her journey of abuse . . .

The air is foul. I breathe through the mouth.

I am a slave at the ramp of the brewery,

assigned with my crew to unload this train

survivors of a trek to the Reich,

returned at last to the land of their birth,

back home to Hungary in sealed cattle-trucks

past grieving, fear and even awareness . . .

I’ve grabbed her legs beneath the knees while

my partner holds her by the armpits.

Her skin is damp with diarrhea.

Her body slipping from our grip.

Discreetly, even the Arrow-Cross thugs

retreat on the ramp that serves the brewery . . .

THOMAS ORSZÁG-LAND is a poet and award-winning foreign correspondent who writes for New English Review on Europe and the Middle East. His last book was Survivors: Hungarian Jewish Poets of the Holocaust (Smokestack, 2014) and his last E-chapbook, Reading for Rush Hour: A Pamphlet in Praise of Passion (Snakeskin, 2016), both in England. His work appears also in current issues of Acumen, Standpoint and The Transnational.

To help New English Review continue to publish translations of original poetry such as this, please click here.

If you enjoyed this poem and want to read more by Thomas Ország-Land, please click here.

PrevTwo Sonnets
On Migration: An Open Letter to George SorosNext