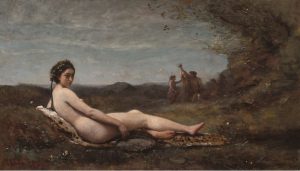 Here I am considering the perspective of three of Emily Dickinson’s atypical—perhaps more idiosyncratic than usual—poems.

I Cannot Dance upon My Toes

I cannot dance upon my Toes—
No Man instructed me—|
But oftentimes, among my mind.
A Glee possesseth me,

That had I Ballet knowledge—
Would put itself abroad
In Pirouette to blanch a Troupe—
Or lay a Prima mad,

And though I had no Gown of Gauze—
No Ringlet, to my Hair,
Nor hopped to Audiences—like Birds,
One Claw upon the Air,

Nor tossed my shape in Eider Balls,
Nor rolled on wheels of snow
Till I was out of sight, in sound,
The House encore me so—

I Fit for Them

I fit for them—
I seek the Dark
Till I am thorough fit.
The labor is a solemn one
With this sufficient
Meed
That abstinence of mine
Obtain
A purer good for them if
I succeed.
If not I’ve had
The Transport of the Aim.

Myself was formed—a Carpenter—
An unpretending time
My Plane—and I, together wrought
Before a builder came—

Infrequently, however, there is a variant—neither sublime nor quite quotidian. This rare and significant variant invites, perhaps compels our attention.

As witness to a popular ballet performance, heralded by placards, wildly applauded, requests for encores mounting, a rivalry is implied between the performing artist and the absent maker of works that begin invisibly. The poet, a keen, often reverent observer of birds, evokes with mild derision the human dancer’s pallid imitation, as she hops to audiences—like “Birds, One Claw upon the Air.” Here the dancer’s motions, far from evoking flight, are literally earthbound, approval-seeking or—rolled into Eider Balls—concretely smaller than the mental construct requisite for the fullness that is, for example, Opera.  Such fullness—not a single unit, but distributed “among” the inward state—is the special claim of the mind’s glee.

“I Fit for Them” is about as collaborative in motive (without rivalry between maker and performer) as individual work can be.  It is also without polarity between sublime and quotidian or departure to eternity. Its transport is attained by effort, patient regard for readiness, a solemn labor on behalf of “them.” They, however, are not sole arbiters of the value of the process.   The “Transport of the Aim” occurs whether or not the “purer good” for them succeeds. The poem emphasizes the independence of the work’s existence.  Such independence is a natural accompaniment to the strain and joy of creation—the craft’s gift to the solemn craftsman—glee in its own idiom—mental glee finding its deed.

It may be that the immortal and eternal, the pure and sublime, are not always or not necessarily compensatory for the anguish inflicted by the world’s not answering the poet’s multiple “letters.”  (“This is my letter to the world that never wrote to me,” as Emily Dickinson famously and heart-breakingly said.) It may be that some reliable happiness informed the life of the mind—the creator’s mind—through 1,785 poems. It may also be that using plain and homely tools was her “carpenter’s” daily way of building what she knew were “Temples.”