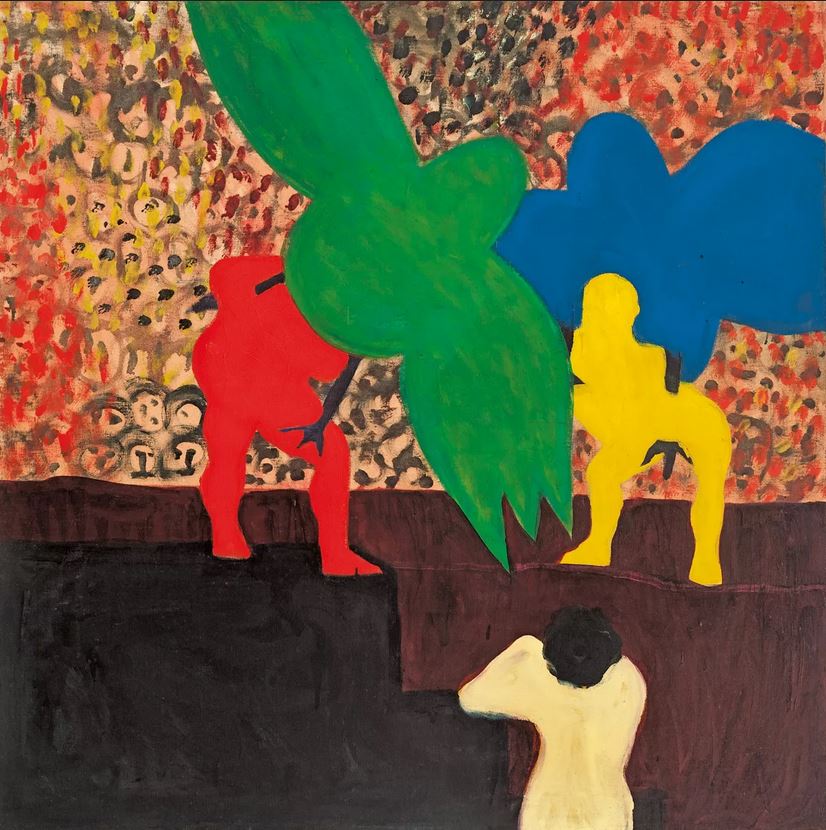 Unless a man has the talents to make
something of himself, freedom is an
irksome burden. —Eric Hoffer, The True Believer

The American philosopher, Eric Hoffer (1902-1983), writes in his 1951 The True Believer: Thoughts on the Nature of Mass Movements that true believers embrace base values that are emboldened through social-political radicalization. True believers, Hoffer points out, revel in unsavory aspects of human nature. Using examples of the men with whom he worked in the San Francisco waterfront and the fields of California, Hoffer explains that mass movements are started by the frustrated.

Hoffer’s perspicuity as a thinker is manifest in his understanding of malcontents. However, his explanation why true believers are attracted to mass movements cannot be reduced to a clinical analysis. Hoffer has no use for Freudianism and its attendant values. In his notes to The True Believer, he writes: “The word ‘frustrated’ is not used in this book as a clinical term. It denotes here people who, for one reason or another, feel that their lives are spoiled or wasted.” [1]

Who has not felt frustration at one time or other in their life?  Frustration is manifested in different forms. It can also be assuaged in many ways, including diverse life-affirming ways. People deal with frustration in ways that cannot easily be transferred to others. That is, because the causes of our individual frustrations are different for everyone, there can be no universal cure for frustration. If frustration were the sole origin of mass movements, the whole of mankind would have joined mass movements. As a consequence, mass movements would have existed during every epoch. That is not the case. This does not preclude that mass movements are composed of fanatical malcontents. The argument that Hoffer imparts to his readers is that frustration does not in and of itself lead to forming or joining mass movements.

Hoffer calls the initial stage of mass movements “the active, revivalist phase of mass movements.” During this early stage of formation of mass movements, the frustrated often join of their own accord. Hoffer’s argument in this section of The True Believer is that one cannot assume that mass movements are formed only from the ranks of the frustrated. He writes: “Frustration of itself, without any proselytizing prompting from the outside, can generate most of the peculiar characteristics of the true believer, and that effective technique of conversion consists basically in the inculcation and fixation of proclivities and responses indigenous to the frustrated mind.” [2]

Not being naïve about the causes of ‘grass roots’ movements, Hoffer asks the question whether some mass movements actually covet the frustrated. His answer is resoundingly affirmative.

While some mass movements indeed patronize the frustrated, not all do so. This is an important observation of Hoffer’s, for he differentiates between the different kinds of personal temperaments that inform the ranks of mass movements.

Hoffer compares the capacity to become fanatical about mass movements to  quasi-religious fervor. Who are true believers? This is a fundamental component of philosophical anthropology that informs Hoffer’s thought.

While most human beings exercise control over their personal lives, Hoffer argues that frustrated people view their lives as being controlled by external forces. He writes:

There is a tendency to locate the shaping forces of our existence outside ourselves. Success and failure are unavoidably related in our minds with the state of things around us. Hence it is that people with a sense of fulfillment think it a good world and would like to conserve it as it is, while the frustrated favor radical change. The tendency to look for all causes outside ourselves persists even when it is clear that our state of being is the product of personal qualities such as ability, character, appearance, health and so on. ‘If anything ail a man,’ says Thoreau, ‘so that he does not perform his functions, if he have a pain in his bowels even … he forthwith sets about reforming–the world.’ [3]

The recognition of this fundamental truth of human nature is a devastating argument against the messianic fanaticism of true believers. It is also an admission of the impotency of human beings to do away with the fanaticism that leads to mass movements. This condition, which is inherent in the worldview of the frustrated, is one of the necessary pre-conditions for the creation of collectivism and radicalization of the human person. This makes the state a dispenser of entitlement, as some people relegate their success to an alleged underlying set of “fortuitous combination of circumstances.” [4]

Hoffer offers his readers a profound and sincere dosage of philosophical anthropology. Frustrated people who join mass movements find it necessary to make public their discontent and incite others to follow suit. People who embrace victimhood are easily manipulated by people who organize mass movements. Hoffer calls these personalities “conspicuous instruments of change.”

Hoffer’s grasp of fundamental aspects of human reality and the day-to-day choices people make is not blinded by social-political categories. Instead, modern mass movements spring from the will of malcontents, Hoffer contends. Hoffer does not promote psychoanalysis and ‘therapy’ because that would constitute an indiscretion against the hands-on, empirical knowledge he gathered about human reality, vis-à-vis the people he worked with. Hoffer was a shrewd observer of human reality, a thinker who does not suffer fools gladly about human nature. [5]

________________________
[1] Eric Hoffer, The Temper of Our Time. (New York: Harper & Row, Publishers, 1967), 169.
[2] Eric Hoffer, The True Believer: Thoughts on the Nature of Mass Movements. (New York: Perennial Classics, 1989), xii.
[3] Ibid., 6.
[4] Ibid., 7
[5] It is interesting to observe how much Hoffer’s writings actually go against the grain of self-indulgent, politically correct double talk that gained traction in the 1960s. Hoffer was ahead of the trends. He recognized the essence of radical ideology. According to him, the most pressing concerns of human life must be settled by individuals in their own private sphere.