Fond Memories of ‘Repressive Tolerance,’ as Marcuse Called It 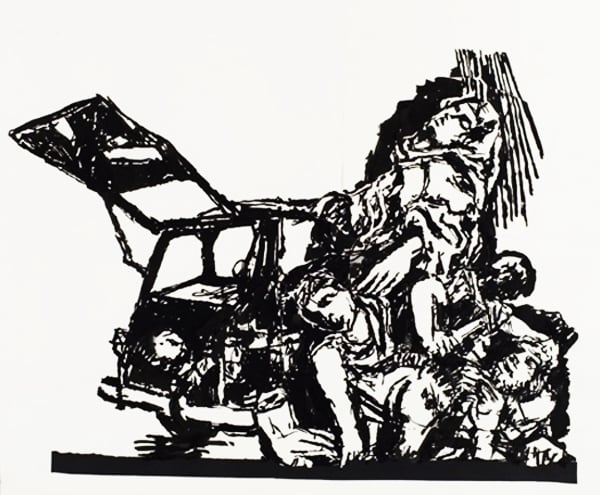 The context: Italy during the Years of Lead in the 1970s.

The situation: After WWII, a truce-camouflaged-as-peace had come into being; Italy had managed to remain within the West, and had become a member of NATO. The Italian Left could not accept this reality, nor could the Soviet Bloc. But the economic boom of the 1950s and of the 60s had thwarted any realistic hope for a Marxist revolution. With the economy worsening in the late 1960s, and then with the oil crisis, the Left, Leftist trade unions, and the extra-parliamentary Left all tried to take advantage of the situation. By dint of picket lines, strikes, ever-more frequent and tumultuous demonstrations, occupied buildings, and all the means at their disposal, a number of Italians, naïve but tough, became persuaded that Italy’s destiny was in their hands rather than in those of the two superpowers and their accessory allies. Accordingly, they did all they could to bring about a Marxist revolution. Ultra-Left sympathizers—the radical ones among them, those who threw Molotov cocktails and fired guns during demonstrations—and full-blown terrorists decided to take a shortcut, and engaged in armed struggle, turning the country’s major cities into a warzone.

Such convulsions reignited the fuse, and the “strategy of tension” began—with bombs going off presumably exploded by Italian agents (but not necessarily) carrying out the agenda of foreign organizations or stay-away governments. In other words: if no revolution had been so tenaciously and so stubbornly pursued, in all likelihood the Years of Lead would not have happened. Then, with the fall of the Berlin Wall and with the falling apart of the Soviet Union, the elements of friction would have gone missing altogether, as they did.

Logistics of the author: right in the midst of it all as a teenager in Milan’s most hazardous high school.

The new academic year could now commence triumphantly, with a strike followed by a general assembly.

The Leonardo da Vinci High School was graced with what is now known as the Congress Hall of the Milan Province, an auditorium that accommodates five hundred and twenty-five guests but then, with skimpier seats, more. It was underground, right beneath the school. Political activists had possessed themselves of it, and turned it into the official great hall for their general assemblies.

I used to skip assemblies whenever circumstances allowed me to, but it was judicious not to skip them all, as we were being watched by the thought police, and a serial-skipper may well be an anythingarian or, worse yet, an apolitical element—faux pas both.

Read more in New English Review:
• The Insidious Bond Between Political Correctness and Intolerance
• The Battling, Baffling Watergate Editor
• Some Thoughts on the Empty Heart of Modernism

Speakers at the assemblies had taken the Latin maxim repetita iuvant (repeating does good) to heart. They were the leaders or representatives of various ultra-left groups, such as Students’ Movement, Continuous Struggle, The Manifest, Working Class Avant-Garde and others, as well as the Federation of Italian Communist Youth. 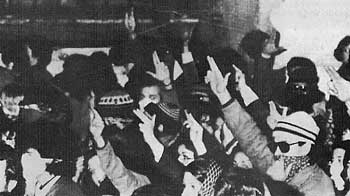 From time to time, a loud “Lenin-Stalin-Mao-Ze-dong!” would be interposed (as a wake-up call?); it sounded both ideologically appropriate and rhythmically fetching.

If somebody from outside the ranks expressed a modicum of dissent, he or she was instantly booed, with the microphone being removed from their lips just as quickly. If somebody expressed actual dissent, a far, far rarer occurrence which alone was worth attending the event for its entertainment value, he was beaten unconscious. That was why harmony reigned supreme in the great hall during these marathons of free speech.

As this particular assembly came to an end, I left the hall feeling stiff in the joints and, as if he were waiting for me, I stumbled upon Fletcher (an ultra-left activist who eventually turned into a full-fledged terrorist and who, for reasons I could not understand since I certainly had never encouraged him, had decided that he would be mentoring me in revolutionary matters), I’d been trying to stay away from him after his lecture about the many categories of human beings that needed to be swept away in order to achieve the ideal Marxist classless society, but bumping into each other from time to time seemed unavoidable.

That appellation, again. “Hey, how are you?” I replied.

“Oh no! About what?” I asked, looking concerned.

“There may be neo-fascists in the restrooms,” he pointed at them. “Go check them out, comrade, and let me know what you’ve found.”

“You’re quite welcome to go yourself,” I thought—but heard myself say, “Consider it done,” and into the restrooms I did march.

Nothing stirred. The restrooms were sizable. I’d take my time to inspect them. I was not afraid, but in a meditative mood, perhaps as a result of the stimulating assembly I had just sat through.

In the restrooms it reeked of urine and of that other human excretion; also predictably, there was no trace of the phantasmal neo-fascists.

As I exited, I found Fletcher exactly where I’d left him. “So?” he asked, anxiously.

“There’s no one in there,” I said. “The neo-fascists got away. Too bad, comrade.”

He looked at me like a teacher pleased with his pupil’s progress.

On my way home on foot, as public transportation was so often unavailable due to strikes, I was stopped by the police. Nothing unusual in that; it happened every day, sometimes twice within the same day.

The police and carabinieri as a category were a funky lot. Most of them came from the rural and impoverished south, where their choice had been between enlisting and starving. They were undergoing acute culture shock while at the same time they were already shell-shocked. Skinny, short, frightened, in a daze and only a few years older than we were, or in some cases teenagers like us, they hated us because, unlike them, we were getting an education (well, on and off); because we were not peasants; and because we spoke Italian without their heavy accent, of which they had become acutely aware, since at home they spoke almost exclusively in the dialect from their town of origin, and by which they were embarrassed. They perceived us as privileged beings from another universe, which only fomented class conflict, and racism. For example, the word used by many northerners to call southern Italians was terroni, as offensive as the N-word in America; policemen and carabinieri had never heard it as much, or even at all when they were still living in the south.

And there was something else, which topped it all—the sneaking suspicion they must have felt that they were on the wrong side of the barricade: they too were proletarians, in fact they probably were the real proletarians but, during demonstrations, they had to endure the destructive wrath of a multitude of possessed militants, and for a pittance. 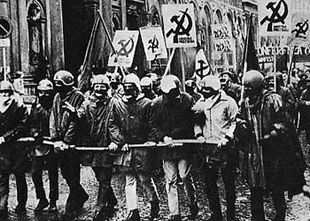 No wonder, then, if the police and carabinieri were overwhelmed and stupefied alike. There was no way that they could address every violation, which entailed that ordinary criminality thrived. And—wouldn’t you know it?—they didn’t like young people one bit. They went by the equation: young, able-bodied male, long hair, blue jeans = more than a suspect. That amounted to what today is called racial profiling, a very serious faux pas in the scale of political correctness. Back then political correctness meant that you’d be shot in the legs rather than in the chest as a polite warning to desist from your activities. Such activities could be voicing your dissent as a university professor, investigating some comrades-who-make-mistakes as a judge, or sticking your nose where it didn’t belong as a journalist. Many such people were gambizzati (“legged”, shot in the legs), while as many were killed outright.

Read more in New English Review:
• Skewed Projection in a Broken Mirror
• The Revolution of Evolution
• Days and Work (Part One)

I, and tens of thousands of other kids my age, experienced profiling on a daily basis. That was why the police stopped me and my mane of wavy hair, sometimes at gunpoint, asked for my ID, and then made me wait for about half an hour. They’d radio in my data to headquarters, and see whether or not I was on some black list of theirs. In the meantime, they would mock me in their colorful accents, and speak in dialect among themselves, which I couldn’t understand, hoping for some reaction from me. Anything I’d say other than “Yes, Sir,” or “No, Sir,” would prompt them to arrest me and whisk me to the nearest police station for accertamenti, further investigations. Well-schooled by the ultra-left thought police, however, I always managed to keep calm. Some friends and acquaintances of mine were not as collected and, taken to some station, they experienced their share of police brutality although they had done nothing.

Why didn’t I cut my hair short? In that case, ultra-left militants might have mistaken me for a neo-fascist and they would have shown less civility than the police. Short hair was yet another faux pas from the decalogue. The option was between being harassed by the police or ending up with a crushed skull. It was safer to look like a left-leaning activist.