No Escape from Bloody Hell House 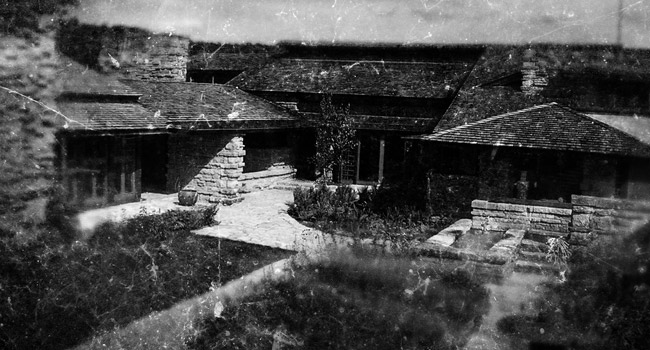 On a secluded hill in a spring green meadow sits a house built at the turn of the last century. It was to be the final home of a woman very much loved. But the near complete destruction of this house was due to avarice, adultery, and insanity. It is now claimed to be truly haunted. Seven occupants of the house perished.

A long time ago, in the bustling streets of a great northern town, a man with great ambition started his own business. He had no scruples as he stole some of his esteemed employer’s clients and worked secretly until his falsehoods were discovered; of course he was fired.

The subject of this sordid tale we’ll call “Frank.” He was a man of smaller build but with big ideas. He believed himself to be the best in his profession. He was arrogant and a braggart. He was congenial with his clients but was strict with his wife and six children. Then it was the end of the Victorian era and, although born to a family with deep religious roots, he developed his own personal philosophy at odds with traditional religious thought and, instead, he believed in Nature (with a capital “N”) and believed that humans had no intrinsic value, their only value being in how they related to Nature.

Frank married and built a small gabled house on the horse-drawn bustling streets in the suburbs. He and his wife Catherine had 6 children. He built an office adjacent to his house. He loved his work and spent long hours advancing his career—often to the detriment of his family. His business required trips out of town and, while on one of his “working” engagements, fell in love with Martha, the wife of a very good client. She was a beautiful woman and very intelligent. She had an understanding of history and art and was a translator of books.

Frank was very much in love with this woman. They fled the country together and traveled across Europe for months. His business suffered but this did not matter to him. He had found his perfect partner. Although Martha was granted a divorce, Catherine, his wife, would not grant one to Frank and the tales of this controversial relationship spread through the community and beyond. Catherine and her children were estranged and left alone in the suburban cottage. 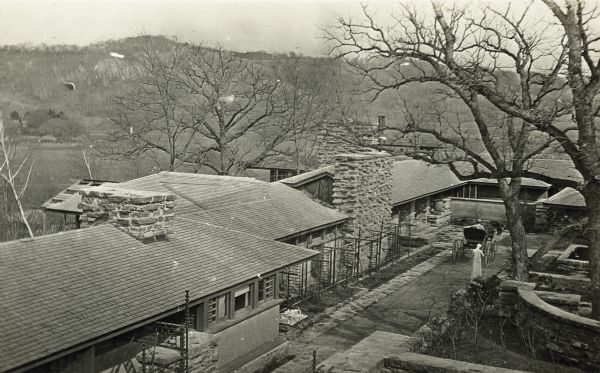 A huge scandal was reported in the press about the “soul mates” and reporters chased them everywhere they went.

Frank hid Martha away in the country house when they returned from their European travels. Martha was sheltered and adored in the house on the hill overlooking that green meadow. A brook flowed gracefully nearby. The house became known as the “love castle.” As time went on, Martha and her children became friends with Frank’s assistants, the gardeners, and servants. Life was a secret pleasure for the two lovers.

They would all eat dinner together, entertain in the music room, read stories and act out plays, etc. In those days, there were several servants and workers working there and, while there was some formality between the house owner and service people, one of the servants was said to be repeatedly chided and humiliated. Julian Carlton, along with his wife, had been recent hires from Barbados. It was said that Carlton was not “right in the head”—even that he practiced voodoo. He was fired. He hatched a plan for revenge on his last day of work. Even though Carlton and his wife had plans to leave for Chicago by train that very night, Carlton wasn’t planning to leave quietly.

While out of his office on August 15, 1914 a telegram was received concerning a ghastly event at the distant location. Frank, along with Martha’s ex-husband (and father to Martha’s two children living with her and Frank), traveled by train together to the estate. In shock, they arrived to a smoldering fire. They discovered, to their dismay, seven people had died. Among the dead were Martha and her two children.

The vexed servant had planned a deadly revenge for what he deemed to be constant belittlement, nasty remarks, and his dismissal. He had prepared a dinner for Martha, her children, and the staff people there. After serving the meal he had quickly poured gasoline around the dining room.

He then took an axe and charged into the dining room quickly aiming for Martha first, bludgeoning and splitting her head and then proceeded to hack at everyone else at the table. After mortally injuring them all, he fled. He locked the dining room door behind him and lit the gasoline which enveloped the room. The living and dining quarters of the house burned to the ground. Frank’s lover, children, and staff had been brutally murdered and those who barely survived the attack were burned to death. 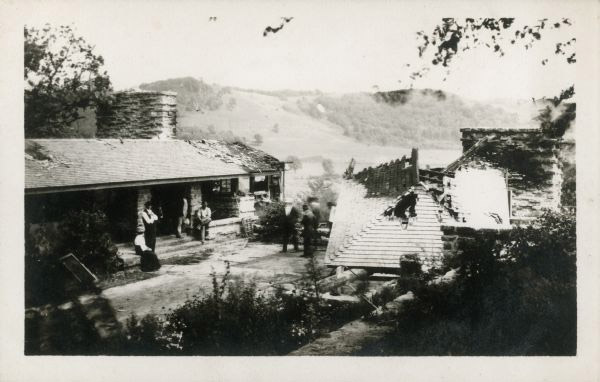 It was only several days later, after the heat and smoke from the fire had subsided, that the police finally found the former employee hiding in the boiler room in the basement. When discovered, Carlton swallowed hydrochloric acid. The gathered crowd had hoped to capture him themselves—to lynch him then and there for his evil and bloody deeds. 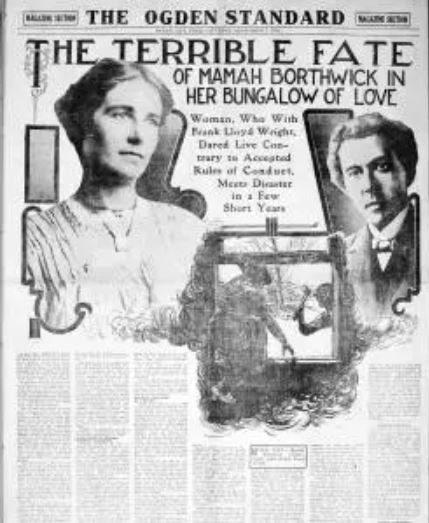 However, instead of dying quickly, Carlton’s esophagus was irreparably damaged and, unable to swallow food, he died from starvation right before his trial.

“Frank” was was architect Frank Lloyd Wright. The woman he loved was Mary Cheney or Martha “Mamah” Borthwick. Martha had met Catherine in Chicago and Catherine had kindly referred Martha to her husband for architecture work. The house that Wright and Martha lived in was called Taliesin, named after the 6th century poet. Taliesin was Wright’s experimental project, continually modified based on Wright’s newest ideas. Taliesin is in Spring Green, Wisconsin and was rebuilt in 1922 after the 1914 fire. In 1925, the house burnt down again after an electrical fire. It was rebuilt again, and Frank Lloyd Wright lived there until his own death in 1959.

While you can visit the newer Taliesin today, it is known to those who work there and visit as being haunted. Visitors, employees, and volunteers have reported windows and doors opening and closing by themselves. Some have seen lights flicker or turn randomly on and off and others have reported odors such as gasoline and smoke. Some claimed to have seen the ghostly apparition of a woman in white walking the grounds. The eeriest claims are made by those who insist that they’ve heard the sad voices of the children who are no longer living. 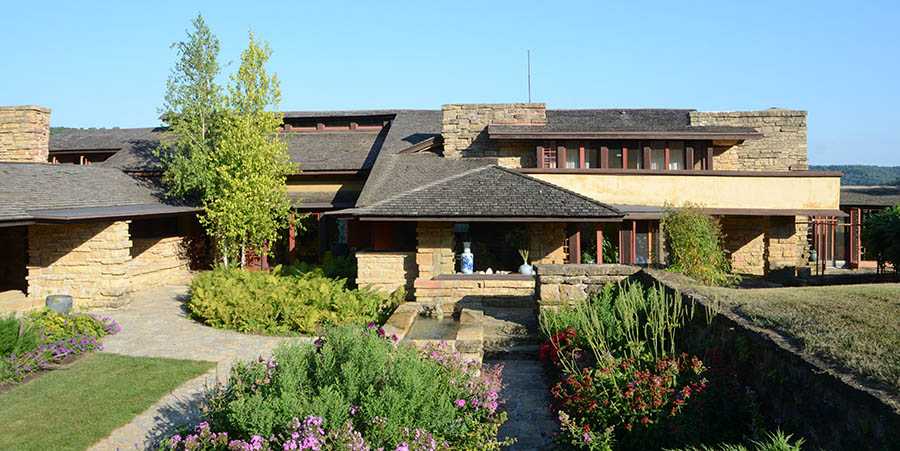 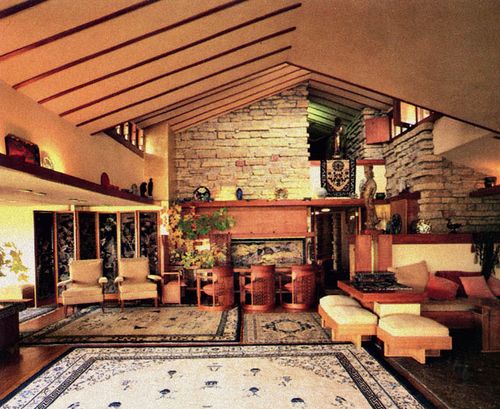