Jerry Falwell, Jr. and the Tragedy of Christian Higher Education 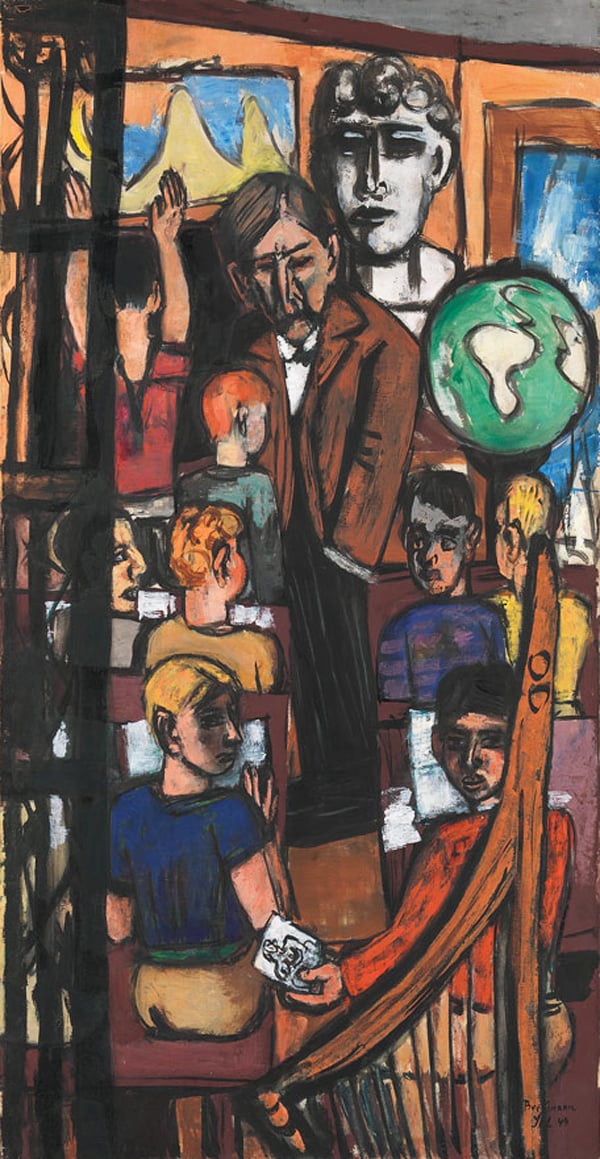 Another prominent Evangelical gets caught with his trousers—well, in the wrong position.

But more is at work here than another religious huckster (or disappointment, depending on one’s viewpoint). Before he resigned last month, Falwell was president of a major university—albeit of a particular type, one that already struggles to be taken seriously: an Evangelical Christian university. Needless to say, this will hardly enhance the stature of Christian higher education.

At a time when “cancel culture” is apparently accelerating the takeover of mainstream education by leftist ideology, higher education more than ever needs healthier alternatives: traditional liberal-arts curricula, freedom from political ideology, resistance to the lure and leverage government money exerts to annex institutions as state appendages. Christian institutions offer more promise than most, not only because of their ostensibly traditional values, but because historically most western institutions were Christian from their foundation to the height of their prestige and influence. Whatever one’s convictions, any hope of redeeming even secular education must account for its Christian origins.

So why do today’s Christian institutions seem so feeble? Year after year, they are more a source of embarrassment than of hope, and now they seem more inclined to join cancel culture than to resist it. These institutions profess precisely the values needed throughout higher education. Yet not only are they not taken seriously; they seem intent on ensuring that they never will be.

Buffoonery like Falwell’s is only a symptom, though one wonders what universe he inhabits to display such foolishness, regardless of how innocent. By what measure is this the deportment of a man of learning, Christian or not—especially one with such challenges to prove his institution’s credentials?

The deeper challenge of redeeming Christian higher education is precisely this matter of intellectual gravitas. More than discretion at yachting parties, it requires transcending the political agenda these enterprises generally serve. This is nothing so sinister as the “theocracy” suspected by their secular left detractors, but it is enough to impede the establishment of authentic institutions of higher learning. Because they claim a mission, itself admirable, to restore liberal education, Christian colleges and universities offer a revealing study in how that ideal is subverted.

Most Evangelical institutions have a limited understanding of “the idea of a university” (in John Henry Newman’s phrase). Often they are created as tools of conservative political moguls who regard educational establishments as components of their political-business empires rather than forums for critically examining ideas and society. Seldom academically accomplished themselves, and sharing the standard conservative distrust of intellectuals, they are determined to keep their faculty on a tight rein and subordinate academics to politics.

The result, paradoxically, is that these institutions are both politicized and apathetic. High-profile presidents hobnob with politicians to the point of becoming political kingmakers. And yet (largely because of this), their faculty are hobbled or withdrawn and cannot offer any in-depth critique of the political challenges facing their institutions, those they serve, or the rest of us. Even current-affairs disciplines like political science, journalism, and education are rendered academically vacuous.

Contrary to the liberal-arts ethos, procuring jobs becomes an end in itself, quickly eclipsing any “critical thinking” the institution professes, and eventually education itself becomes secondary.* What must be protected at all costs is the pipeline of jobs and influence. Nothing endangers this so much as controversy, and so faculty are treated as hired hands who are expected to teach and otherwise keep quiet. Criticizing the wrong people or publishing research that deviates from boilerplate conservatism could block the pipeline.

Most faculty willingly oblige by limiting themselves to teaching, and parents can mostly trust them to impart a Christian undergraduate education (relatively) free of ideological fads. In this, they function effectively as high-quality secondary schools.

If the faculty publish at all, it is mostly confined to safe, abstract philosophizing, literary aestheticism, and stock buzz-phrases: “founding principles,” “Judeo-Christian values.” As long as they hold their tongues about anything that really matters to anyone, faculty can wax eloquent with platitudes about “truth, beauty, and goodness” and keep their cushy positions teaching about 12 hours a week.

The primary objective, in short, is acquiring political power. It may be well-intentioned and seek power for worthy goals, but the point remains: It is not foremost about pedagogy or scholarship or restoring higher education. It is about acquiring government power for conservative political kingpins. Colleges are vehicles for this creeping coup, with students and faculty pawns in the game – willing pawns perhaps, because they too can acquire power. But substantive academics is limited to restoring undergraduate liberal-arts curricula. It decidedly does not extend to constructing academic venues for the dispassionate critique of ideas or societal concerns.

What these institutions do not do—in fact, they adamantly refuse—is serve as centers of the “critical thinking” they invariably profess, especially on the matters that supposedly constitute their reason for existing. Presumably representing Christianity’s intellectual elite and presenting themselves as alternatives to deteriorating secular education, they are conspicuously indifferent about contributing anything to today’s discussions on those topics—or any others. One might expect that a few at least would try to establish themselves as authorities or research centers on public issues that constitute their supposed sphere of expertise, some of which are now highly salient: church-state relations, religious freedom, family policy, marriage law, sexual freedom, gender politics, governmental ethics, parental rights, radical religious movements—or simply educational deterioration and reform itself. Yet they are nowhere to be seen on these and most other topics.

Without this, it is not clear what authority they can exert outside their narrow constituency (if there). No one else will see any reason to listen to anything they say, in part because they mostly say nothing. So they remain sectarian institutions, with almost zero footprint in the larger intellectual culture.

Moreover, when these institutions are attacked from the left (a frequent occurrence), they are so frightened of controversy that they shrink from defending their own principles and respond not by engaging debate but by keeping the lowest possible profile and retaliating with lawsuits and other litigious maneuvers.

While liberal drift by faculty is an ever-present fear, the larger fear is simply that faculty will question the clichés and open the agenda to a deeper level of critical understanding, even if impeccably orthodox, which would weaken the control by the political bosses. Much as Stalin distrusted and purged self-driven communist intellectuals and promoted unprincipled opportunists whom he could manipulate, the conservative powerbrokers of Evangelical education fear nothing more than losing control over the agenda by opening it to learned discussion by those who might grasp or revere the principles more than they do. So they too purge scholars and promote apparatchiks and opportunists.

Ironically, this threatens academic integrity comparably with the leftist ideology from which it promises to redeem us. Any real exchange of ideas is closed off and certainly any criticism of the political machine. The institution comes to dispense not ideas, nor even education primarily, but patronage, allocating jobs not only students but also to pliable faculty and swelling ranks of administrators—much like mainstream schools.

These machinations with right-wing politicos leave these schools vulnerable to criticisms that they are not being liberal when the real problem is they are not being academic. It is not that they are inversely politicized with right-wing rather than left-wing ideology; a cruder dynamic seeks power directly through influence and intrigue rather than ideology, which they lack the stomach to challenge.

All this carries larger consequences, because it now dominates the conservative understanding of higher education. Colleges are fortresses for battle with the left—but not a battle of ideas, nor a competition to elevate the quality of public debate; instead a contest of money and office.

This dynamic explains a conundrum that has bedeviled observers for some decades now: why conservatism perennially remains, what liberals chide it for being, devoid of ideas and intellectual depth, and why so few real intellectuals emerge—and now, why the docile faculty in stagnant institutions sit there, year after year, mute as bumps on a log, as leftist ideology takes control over more and more institutions, including their own, with hardly any resistance. The exceptions prove the rule, as conservative institutions now purge the few faculty who do speak out, hoping to appease leftist criticism.

Conservatives may indeed do valiant battle in the political trenches, with strident polemics resounding from frontline warriors engaged in high profile media fights. But polemics alone makes for politics that is not only ineffective but also shrill, tawdry, and morally vacuous. A coherent and constructive politics requires a vigorous intellectual dimension, including healthy self-criticism, with institutions to support and transmit it across generations. Otherwise, conservatism will remain a shallow and formulaic counter-ideology, the mirror image of the left but paralyzed before the inconvenient matters outside its comfort zone.

Serious engagement with the concrete evils that affect the lives of ordinary people now seems daunting for many conservative intellectuals. Without institutional protection, many flee at the first sign of difficulty or danger. Some actually extol disengagement and withdrawal as positive virtues for their own sake.

If cancel culture is accelerating the politicization of secular institutions, it is also highlighting opportunities for alternative visions of the university. Yet Christian/conservative institutions show no sign of benefitting from this. On the contrary, they seem preoccupied with bleaching their own faculty while exploiting the opportunities supplied by government.

Dwight Eisenhower prophesied the danger in the early postwar years:A government contract becomes virtually a substitute for intellectual curiosity . . . The prospect of domination of the nation’s scholars by federal employment . . . and the power of money is ever-present and is gravely to be regarded.”

[*] These institutions usually start life with a contradiction. Their initial claim to superiority involves returning to the traditional liberal-arts curriculum deserted by mainstream academia. Because they are essentially political operations, however, they soon become dominated by applied fields that have little connection with liberal arts, are taught by practitioners rather than scholars, and train their cadres in techniques of political activism and state power: journalism, business, law enforcement, security studies. Because students perceive these majors advantaging them in the job market, these subjects eventually drive out the liberal arts, while functionaries drive out the scholars.

__________________________________
Stephen Baskerville, PhD, is an academic scholar of 30+ professional years experience. His publications include books and peer-reviewed articles on politics, law, history, theology, and higher education. He has held regular appointments at Howard University and Palacky University in the Czech Republic, plus Fulbright scholarships at universities in Russia and Poland. In July 2019, he was dismissed as full Professor of Government from Patrick Henry College.