The Whig History of Immigration 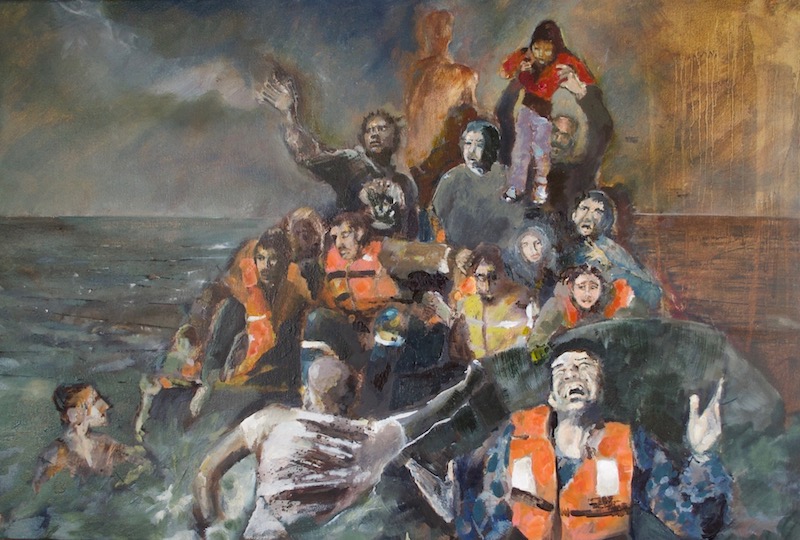 The Ebb and Flow (of human misery), Helen Gillilan

Of the two main views of global immigration, progressive and sceptical, Paul Morland’s The Human Tide: How Population Shaped the World (2019) is shamelessly progressive. It is Whig history, hailed by David Goodhart, a prominent Liberal who may well have read and recommended the book to its publisher. He reviewed it in The Times (January 5, 2019) immediately on publication. Morland tells a story that in broad cannot be gainsaid, that population became a supreme force in history over the last two centuries. The population boom in Britain drove the emigration to the USA, followed by other Europeans, and also the nineteenth-century imperial move into Africa and Asia. The picture is now changing rapidly, with declining birthrates in the West and soaring birthrates in the developing countries. Population size affects the economies of nations, and thus their economic and military power. This is not solely a matter that concerns the relations between nation-states; demography matters within states too. Morland notes that in 2008 Obama won only 43% of white votes to John McCain’s 55%, but he won an overwhelming majority of non-white votes. He points without seeming pleasure to Donald Trump, ‘who purports to champion white, blue-collar America.’ Such a candidate ‘will find it almost impossible to win, despite America’s electoral college system giving disproportionate [a word loaded with distaste] weight to smaller, rural and predominantly white states such as Wyoming and North Dakota, both of which are around 90% white.’ This is a brusque dismissal of the clear and reasoned intentions of the Founders. We should wait for the results of the 2020 elections before passing judgment.

The Human Tide is a serviceable grammar of population. It examines fertility rates, birth and death rates in regions and nations, children mortality rates and the number of children women have. Readers will have a much better idea of what demography studies are all about. There is however a narrative subtext that must be treated with great caution. Morland looks to a benign future in which Third World practices will come to resemble those of the First World, and the ‘demographic momentum’ will slow to a stable halt by the end of the century. In the liberal imagination, the Third World will become more like, well, us. The ever-growing surge of enlightenment will take in its stride the problems of population growth.

Meantime, the consequences of recent immigration are with us. I am astonished that there is no mention in the index or bibliography of Douglas Murray’s The Strange Death of Europe: Immigration, Identity, Islam which was clearly the book of the year. Published in May 2017, it stayed in the top ten non-fiction books in the Sunday Times best-seller list for almost 20 weeks, with a paperback second edition coming out in the following year with a 16-page Afterword. Coverage of the book was very widely favourable and respectful. It was however closed down in the UK end-of-year round-ups: The Economist, that guide to moral rectitude, having published a disapproving review as did The Guardian, placed it on the index of banned books. It is subsequently, to my observation, largely proscribed in UK journals. Murray deals with the causes and outcome of the global population explosion, while Morland looks on with bland approval of the huge and continuing Third World surge. ‘There is reason to hope that when the Middle East’s demography comes to resemble that of Europe—a prospect which seems remarkably closer now than it did a few decades ago—it might be as peaceful as Europe is today.’ (p.254) Or not, as events are likely to prove. He does however admit that the danger area is sub-Saharan Africa. ‘With Africa still poor and young, the pressure of migration to Europe will be strong.’ Indeed: and what factors might mitigate this pressure? The wholesale conversion of sub-Saharan women to the worship of Dr Marie Stopes? The enlightened usage of contraceptives by African men? Meantime, the population growth of Africa is set to continue at least until the mid-century. It vastly out-paces the capacities of African governments to provide jobs for their people. And there is a huge difference between the population movements of the past and today. The indigenous peoples of the nineteenth and early twentieth centuries were in no position to resist the expansion of the white, imperial powers. Those same nations have no intention of committing suicide to accommodate the overspill of Africa today. 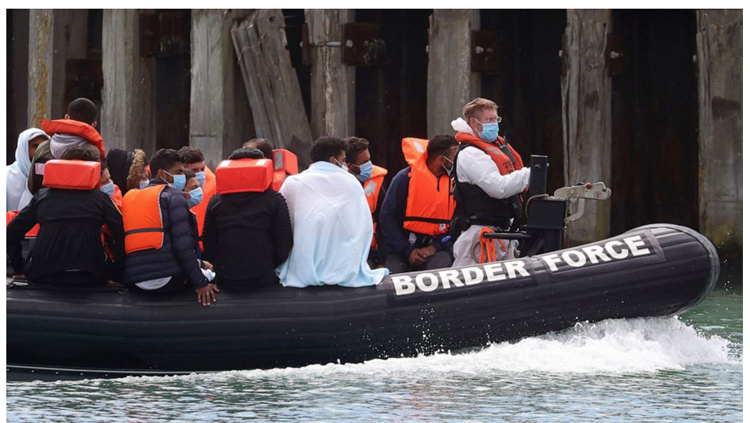 Readers can read Matthew Arnold’s ‘Dover Beach’ poem for themselves, with its ominous ending. The actual inhabitants of Dover now find that their beach is receiving a steady flow of illegal migrants in small boats, 200 a day in this late June. The authorities speak of the ‘danger’ to the boat people, but at this time the Channel is a mill-pond and it can be crossed in kayaks. Some of these cockleshell heroes make it to Dover’s beach on their own, others are escorted in by Border Control vessels. They are said to be ‘intercepted’, an abuse of language, for the word means ‘seize, catch, stop.’ Stop? These migrants are given every easement into the Eldorado that for them is Britain. The latest claim to be Iranians but carry no documents; they (and their descendants) have made it to England and will never be expelled to their native land. Illegality creates its own legality. Pangloss, the tutelary deity of liberals, is undisturbed by the small numbers of Dover Beach landings; others are less so. The British Government gapes upon this scene, pretending to control the uncontrolled. Morland doesn’t want to know; events will advance his understanding. These are hard times for liberal ultras, still intent on making Whig history come true.

PrevJerry Falwell, Jr. and the Tragedy of Christian Higher Education
Our Musical Heritage and the RevolutionNext