Jewtown: Simon Lewis’s Poems of the Rise and Decline of Cork’s Jewish Community 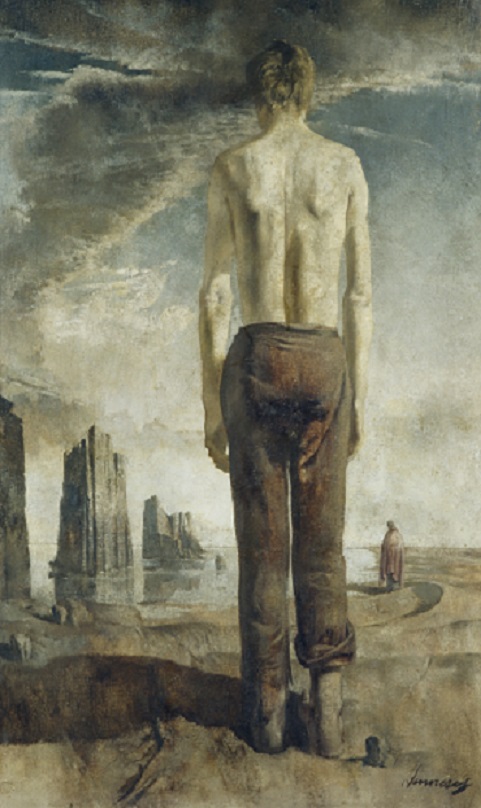 Over the past few years, Ireland and Northern Ireland’s small Jewish community, now numbering about 3,000, has become the focus of outsized literary attention.

“Representations of Jews in Irish Literature,” an ongoing multi-partner collaboration that includes the National University of Ireland and Ulster University, was launched in 2016, along with an accompanying traveling exhibit of the same name. Several months ago, Syracuse University Press released Irish Questions and Jewish Questions: Crossovers in Culture, a collection of essays exploring the comparative history of Irish and Jewish identity. Alongside those two academic projects there has also been a recent proliferation of creative and autobiographical writing related to Irish Jewry by both Jewish and non-Jewish authors, including poet Gerry Mc Donnell, novelist Ruth Gilligan, former Fine Gael politician Alan Shatter, and educator Simon Lewis.

Read more in New English Review:
• Hope Not Hate‘s 2019 Report on the Right and Conservatives
• Disbelief About Belief: Secular Academics and Religious Fundamentalists
• Houellebecq and the Popularity of the Crisis of Meaning

When Simon Lewis was no longer able to afford living in Dublin, he applied for jobs in less expensive areas of Ireland, landing his first teaching position near Carlow, in the country’s south-east. He and his wife moved from Dublin to Carlow in 2003, and she encouraged him to join a writers’ group there as a hobby. A lecturer in the group, Carlow College’s Derek Coyle, took Lewis under his wing, helped him begin composing poetry, and challenged him to write about his own Jewish and Irish background, leading Lewis to examine the Jewish history of Cork in south-west Ireland. 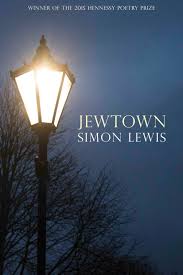 Cork’s first Jewish community was comprised of a small group of Sephardim, who arrived in Ireland in the eighteenth century. In the 1890s, Jews fleeing persecution in the Russian Empire began arriving there. Many of those immigrants settled in the center of the city, which became known as Jewtown.

“When I came across Jewtown, I just thought it was a perfect name, because you couldn’t get away with calling a place Jewtown now! My great-grandmother was born there and I soon discovered most Irish Jews can trace their journey through this small area of Cork City,” Lewis explains.

Lewis’s research and writing about Cork culminated in the publication of Jewtown (Doire Press, 2016), a collection of fifty-seven brief poems. As with the collection’s tenth poem, “Tashlich” (a reference to the symbolic casting away of sins into a body of water during or around Rosh Hashanah, the Jewish New Year), the first-person narrations of Jewtown frequently reference the difficulties Cork’s Jews experienced both in Imperial Russia and in their new Irish home. The anonymous speaker of “Tashlich” recalls his dangerous escape from Czarist antisemitism and recounts his present poverty in Ireland, while also expressing relief at feeling free from physical danger in Cork:

I toss breadcrumbs in the river

and pray to God for forgiveness:

for the food I stole from the houses

in empty shtetls, the lies to the soldiers

at every checkpoint all the way

to the harbour at Riga, and the evenings

when I could barely breathe,

questioning my faith, broken from the day.

This year, I thank God for a mattress

on a dirt floor, a small knob of butter

melted in mashed potato, to be able

to walk without looking behind me.

The poem immediately following “Tashlich,” however, makes it clear that the Jewish immigrants were not entirely assured of physical safety in Cork, either. The anonymous speaker of “Bromide” addresses her husband, who has been beaten and harassed:

You make up a tale

of how you tripped on Albert Quay,

gave yourself a fine big shiner,

grazed your brow or chipped a tooth,

or you make a joke about staying off

that Irish whiskey or smile, tell me

I should see the other guy

before you limp off to our bed.

It’s only in the darkness I feel

every punch, slap and threat.

If you aren’t stirring

or jerking, I try to find a bruise

and press it. Sometimes a wince

is as good as sleeping pills.

The Jewish population of Cork decreased from four-hundred in the 1930s to a few dozen in 2016, the year the Cork Hebrew Congregation at 10 South Terrace closed.

There is an apparently global phenomenon connected to Orthodox synagogues with dwindling or no longer existing congregations in which a man, usually elderly, amalgamates his destiny with a once-vibrant building that is ultimately destined for complete closure or for transformation into some sort of museum. This deep identification allows for a preternatural, though in the end temporary, prolonging of both the life of the man himself and of the synagogue he tends to.

This trend is found on every continent. When my brother and I were in the Republic of Georgia two and a half years ago, we traveled to Akhaltsikhe, a small city where, we were told, synagogue services were still held during the Jewish fast of Tisha B’Av. Arriving in Akhaltsikhe, we found a magnificent synagogue that was over one-hundred and fifty years old, but was principally tended to by one energetic elderly Jewish man, named Siman Tov Levi. It was evident that the synagogue would cease functioning as a place of worship when Levi eventually settled in Israel, joining family that had already moved there from Georgia.

The story of the last one or two Jewish men left in Afghanistan, and of the respective synagogues looked after by them, has already kept writers busy for the better part of two decades. One of these men passed away in 2005, but the remaining Jewish man tending to his synagogue in Kabul continues to furnish journalists with copy.

In Providence, where I live, the late Joe Margolis assured that Shaare Zedek on Broad Street remained open for as long as he was able to, while Congregation Sons of Jacob’s president, Harold Silverman, continues to mind his synagogue on Douglas Avenue.

And so too in Cork, where Freddie Rosehill, chair of the trustees of the Cork Hebrew Congregation, watched over the city’s last synagogue, built in 1896, for many years until it closed in February 2016. The concluding poem of Jewtown, titled “The Last Sabbath at South Terrace Synagogue,” describes one of the Cork Hebrew Congregation’s final services, with Lewis poignantly relating how the shuttering of the dilapidated building also portends Rosehill’s end:

Shipped in from Dublin, the men gathered like beetles

around the orange glow of the gas heaters, grumbling

as the Sabbath candles were lit. Above them, the women

looked down from the crumbling balcony at the ruins,

the walls twinkling with dew, the rot chewing the panels

and the blue velvet table covers airbrushed by damp.

The men shifted in the pews as their knees stiffened

and they mumbled along to the cantor’s funereal chants.

At the front of the Shul was Freddie, his silver crutch

rooted to the carpet bearing the weight of his body,

of the synagogue, of one-hundred and twenty years

of peddlers, grocers, directors. His face, red with the strain,

gave in by the first Kaddish, drooping back into the pew,

knowing he was part of the furniture, ready to be moved on.

Rosehill passed away less than ten months after the closing of the synagogue, at the age of eighty-eight. An exhibit at the Cork Public Museum, which my brother and I viewed this past summer, memorializes Rosehill, the synagogue, and Cork’s Jewish history.

The Cork Hebrew Congregation has also been the subject of a poem, written some thirty years earlier, by the Irish poet and critic Thomas McCarthy. His 1987 “The Dying Synagogue at South Terrace” moves from contemplation of the synagogue’s shabby exterior, its chocolate-colored paint peeling off, to (in the fourth stanza) thoughts of the Irish government’s refusal to aid Jews trying to flee the Nazis during World War II and of the current animosity towards the state of Israel in Ireland:

We who did nothing for you, who
remained aloof with the Catholic world
and would have cried Jew! like the others—
David forgive us—
we who didn’t believe the newsreels,
preferring hatred of England to love of you,
we might shut our hypocrite mouths,
we want a West Bank but not a Stormont.
We have no right over your batons,
having made nothing for you but L. Bloom.

L. Bloom is, of course, Leopold Bloom, the main character of James Joyce’s Ulysses, whom Joyce chose to make ethnically Jewish. Bloom remains the character most associated with Jews in Irish literature, and subsequent writers about Irish Jews may be said to have labored in his shadow.

Joyce’s decision to place an ethnic Jew at the center of Ulysses—in part because he wanted a character who was a foreigner, representing the unknown and arousing the contempt of his Dublin neighbors—influenced the poet Gerry Mc Donnell’s decision to write about Irish Jews. “Ulysses and Bloom also played a role,” he told me when we met in Dublin to discuss his Jewish oeuvre. “I felt an outsider myself as a writer. I was interested in the Other—in the Jews. In Dublin, they were outsiders. If you wanted a subject to write about, what better one?”

Read more in New English Review:
• Codicils for Coffins: Trump vs. McCain
• If TV’s So Good For You
• Plumbing the Depths

Ruth Gilligan, who researched the material for Nine Folds Make a Paper Swan for three years, initially had a more ambivalent relationship with Joyce’s influence. In her June 16, 2017 essay “Leopold Bloom is Not the Only Jew in Ireland,” she wrote: “The more I began to research . . . the more I began to discover that actually, since Bloom, there has been a real lack of fictional Irish Jews. The reason for this, I suspect, is that writers have been too anxious at the prospect of treading on Joycean toes (at least, even more so than the inevitable) and have thus avoided the topic altogether. But what a shame!”

He has been the principal of Carlow Town’s local Educate Together elementary school since its opening in 2008. The only multi-denominational school in the county, it has a capacity for five-hundred pupils, which is considered large in Ireland.

“We are growing into the building. Currently there are three-hundred and fifty pupils in the school. It should be full within the next four years,” Lewis predicts. “In Ireland, multi-denominational generally means that schools do not show a preference to any one belief system. 96% of all elementary schools are denominational, which means they teach children with an overarching religious affiliation. In the vast majority, 90%, they are run under a Catholic ethos.”

Lewis is pleased with the reception Jewtown has received, including winning the 2015 Hennessy Poetry Prize. “The response has been overwhelmingly positive from everyone who has come across it. It is very difficult to get media attention for poetry, particularly reviews. However, I was lucky enough to get some media coverage in a couple of national papers and on television,” Lewis points out.

“The Jewish Community have also been supportive. I have had a number of readings in the Irish Jewish Museum [in Dublin] and this was very much appreciated. I always enjoy giving readings because often I meet people that lived or had family that lived in the Jewtown area of Cork. I enjoy listening to their stories.”

His second poetry collection will be published in October 2019. “It doesn’t have a particular Jewish theme,” he says, “but there’s at least one poem in it with a Jewish flavor.”