Looking Older in the Past 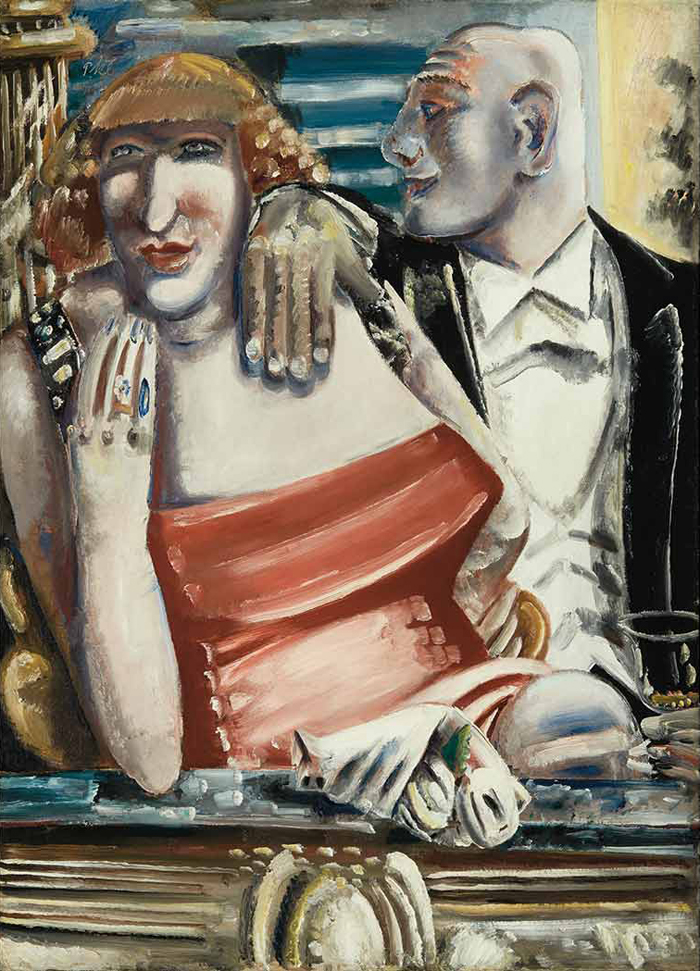 A friend of mine, who doesn’t look old, recently reached his 70th birthday. I told him 70 is the new 50 or 60. What I meant by that is most people nowadays look 10 to 20 years younger than the people of an older generation prior to the 1960s; a time when people in their late-50s were regarded as old.

In an article in the UK Telegraph in 2015, Sarah Knapton wrote that new research suggests that old age now starts at 74 (Donald Trump will be 74 next June and he doesn’t look like an old man). She said:

Aside from beauty, attractiveness or ageing chronologically, almost everyone I know seem to agree that, facially, people in the past looked older compared to now. Just look at the mature faces in any high-school yearbook before 1960 and compare it with a contemporary version of youthful-looking students, but not including those who photoshop their pictures to perfection.

There are probably many factors for people looking older in the past: physically harsher lifestyles, poor diet, as well as dowdy clothing attire, to name a few. For instance, prior to the late-1960s, almost every young person and adult smoked, which tends to age the skin. During that period, even doctors smoked while examining patients, as did some new mothers in maternity wards. And many of an older generation worked outdoors in all weathers, thus their faces were exposed to the sun, wind and rain.

Then there was the formal, sometimes archaic dress code and hairstyles, which tended to make people look morose and a lot older in black-and-white photos during a colourless era. In his bleak poem, ‘This Be the Verse,’ Philip Larkin writes about “fools in old-style hats and coats,” the grandparents of yesteryear who “fucked up” your parents. Many also wore glasses at a time when contact lenses where nonexistent.

Old photos of Charles Darwin, Sigmund Freud, Leo Tolstoy, George Bernard Shaw, Abraham Lincoln and G.K. Chesterton, looked like the residents of a retirement home but they were relatively young middle-aged men at the time of being photographed. Perhaps it was the facial hair they grew (Karl Marx looked like he had a dead badger stuck to his face), compared with today’s trimmed, trendy beards grown by hipsters. Even the contemporary writer/blogger Roosh V, who has recently grown a Marx-type beard, still looks young under all those whiskers. And it wouldn’t be hard to imagine the 40-year-old Roosh playing guitar in a rock band. 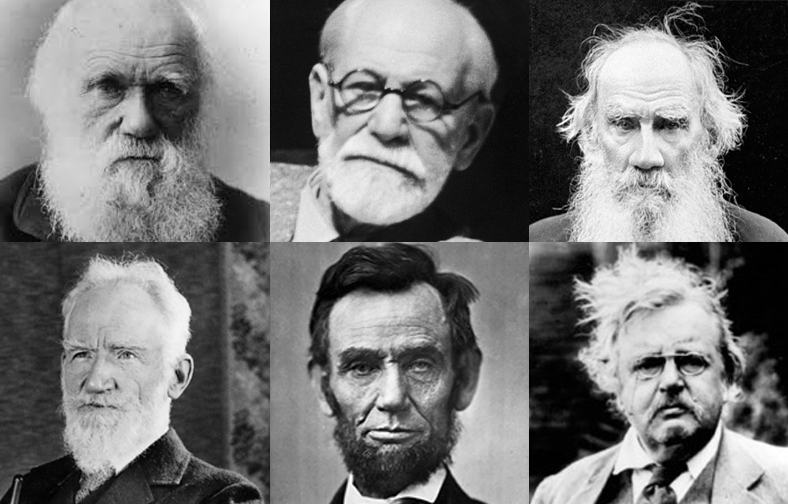 But I could never imagine the bearded Charles Darwin, who was three years younger than Mick Jagger when the naturalist died aged 73, strutting his stuff on stage singing ‘Satisfaction,’ while wearing a skintight jumpsuit. Compared with today, older men and women get away with looking years younger. 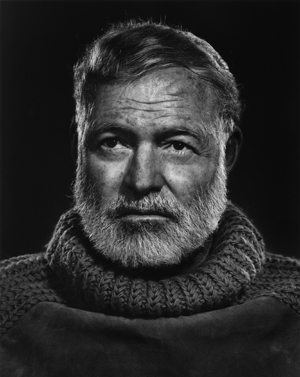 In a recent interview, the 77-year-old fresh-faced mathematician/writer David Berlinski wore a T-shirt under a sleeveless denim jacket, as well as denim jeans. Despite, in my opinion, this being a crime against fashion, Berlinski is nearly 20 years older than Spencer Tracy was in 1958 when he played the lead role in The Old Man and the Sea. At the time, Tracey looked in his late-70s. Even the author of the book based on the classic movie, Ernest Hemingway, looked like he was approaching his 70s in the famous black and white 1957 photo by Yousuf Karsh (at the time the American novelist was in his late-50s).

And let’s not forget the football players in soccer photos prior to the mid-1960s. Many looked like middle-aged men, some of them toothless with weather-beaten complexions and morose expressions on their faces. In contrast to today, if a young soccer star is going bald, he might shave his head and have his ear pierced, while his counterpart in a bygone era would display a hair ‘combover’, which would sometimes flick upward while ‘heading’ the ball in midair. It also made him look 64, which brings us on to a classic song about growing old. 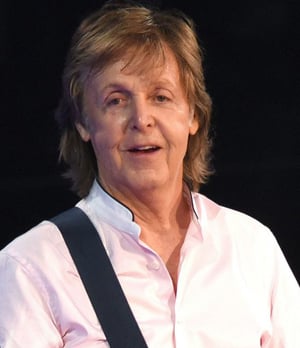 The writer of the much-loved ditty, Paul McCartney, doesn’t seem to be losing his hair in a hurry. Writing in the New York Times in June 17, 2006, Sam Roberts said that in 1942, when Paul McCartney was born in Liverpool, the average life expectancy of a British infant boy was 63 years. “Notwithstanding those expectations and the greatly exaggerated rumours of his death decades ago, Mr. McCartney turns 64 on Sunday, Father’s Day,” said Roberts in 2006. “. . . McCartney’s lyrics delivered to a self-consciously youthful generation an enduring if satirical definition of what their golden age might be like ‘many years from now.’

Today, many of those who embraced that quaint vision of enduring love, caring, knitting and puttering in retirement—‘Will you still need me, will you still feed me, when I’m 64?’—couldn’t have been more wrong.”

It’s also been alleged that when McCartney performs the ‘64’ song while visiting venues surrounded by elderly people, they request that he change the lyrics to ‘When I’m 84’, as 64 is now seen as ‘youngish’.

In movies during the 1940/50s, although age was always an issue in Hollywood, youngish-looking actors were quite rare till the arrival of James Dean. Prior to Dean, a small sample of the following stars looked very mature and way older than their original age: Bogart, Hepburn, Charles Laughton, Orson Wells, Peter Ustinov etc.

Compare them to 1980s/90s’ stars Tom Cruise, Nicole Kidman, Johnny Depp, Brad Pitt, Keanu Reeves and Leonard DiCaprio, who still look relatively youthful and don’t seem to age much at all. When an old-looking Charles Laughton played the retiring judge Sir Wilfrid in Witness for the Prosecution (1957), he was around the same age (late-50s) as the boyish-looking Tom Cruise is today playing Top Gun 2 (‘Maverick’).

In the classic movie, 12 Angry Men, the all-male cast looked a lot older than their chronological ages. It would be hard to imagine some of the male stars from the above brat-pack playing such roles. 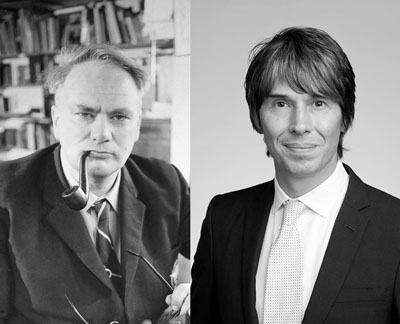 As for TV, there are numerous examples of young men and women looking older than their age. In the 1960s, the BBC’s Sky at Night featured an elderly looking Patrick Moore (he was in his 40s), while his successor in recent BBC scientific programming, the boyish-looking 51-year-old Brian Cox wouldn’t look out of place as a student in a college campus. It’s possible that facelifts, the use of digital de-aging cameras, or make-up worn by contemporary stars, camouflage a multitude of facial imperfections and have made actors look a lot younger.

As for my friend who turned 70: I assume he probably suffers from the odd ache and joint stiffness that comes with growing older, but I bet he’s more relaxed and doesn’t worry as much about the trivial things that might have irritated him in the past. I hope he, one day in reasonably good health, reaches his 90th birthday.