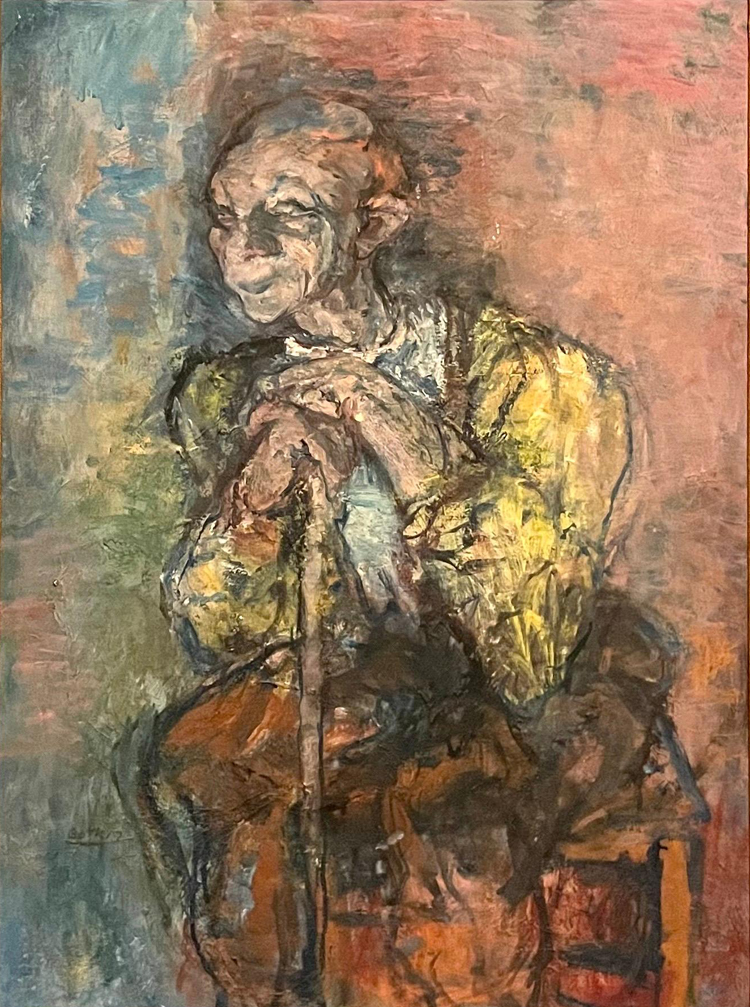 Americans are (or were) growing older, according to a 2020 census data which indicated that between 2010 and 2020, the number of people over the age of 55 grew by almost a-third. However, as we’re about to leave the year 2022, that figure might be lower due to the fallout of the last two years of a worldwide health crisis. (Currently, life expectancy for men is 77 years and 81 years for women.)

But for the male of the species, let this essay be a warning to ageing men, like me, who have reached the age of 55-plus (unfortunately, I’m on the plus side—in more ways than one!). There are some aspects of growing old that are not for the faint-hearted male, especially one who spends most of his life sitting behind a desk writing and reading.

The indignities of the ageing process for men are many but I’ll highlight some of the main negative signs of entering those wrinkly years. Although I write most of the following with tongue-in-cheek hyperbole to add a touch of humour, there are many truths included that make for uncomfortable reading.

So far, I’ve managed to retain all my own teeth and don’t have any facial wrinkles, but my hair and beard have turned wispy greyish. Also, my once slender physique has now morphed into Rod Steiger’s police chief Gillespie, when he starred in the movie, In the Heat of the Night. And most winter nights, I need heat to sooth my aching bones.

For the rest of you over-55s out there, particularly academic bookish types: The first signs of ageing are when you begin to shuffle instead of walking briskly. This is followed by frequently falling asleep on an armchair while reading a book (especially a best-seller).

Then comes the following potential ailments and life changes: The Male Menopause. For the testosterone-lacking single males, after they splash-on a ‘Whiff of Desperation’ aftershave where they used to splash ‘Young Stud,’ it’s going to take them all night to do what they used to do all night as they hit the town, losing their libidos and hearing aids along the way.

But it could get worse. Other potential hazards include: Back aches; inflamed knees; sore hips; stiff neck; enlarged prostates; erectile dysfunction; frequented treks to the bathroom; loss of short-term memory; senior moments; loss of short-term memory; hearing loss; poor eyesight. And that’s just for starters. Putting on socks or tying shoe laces can be a painful experience.

Writing last December in Taki’s Magazine, septuagenarian Theodore Dalrymple said he had suddenly deteriorated physically. “I have an aching in my hips and cannot take for granted what previously I never gave a moment’s thought to, namely putting on my socks, which has become an exhausting struggle … Until recently, I thought myself all but immune from the travails of age; like death itself, I believed that aging applied to others, not to myself, and was almost a sign or consequence of personal defect …”.

Although he’s older than me, at least Dr Dalrymple can put on his socks. Having two slipped spinal discs, I gave up three years ago and went barefoot into a pair of slip-on shoes. I never looked back; in fact, literally, I find it painful to look back (stiff neck).

The ageing male might feel young at heart but his bodily ‘downstairs plumbing’ is Victorian and prone to occasional leakage, while all upper body muscle heads south and melts into one big sack of exhausted flab.

Standing cryogenically frozen and naked while looking in the bathroom mirror at what appears like a giant, pregnant, pealed pear, those vintage years are no laughing matter. The only thing laughing back at you are your false teeth fizzing in a glass of water on the edge of the sink.

And if you’re married and not wealthy, your wife will also be smiling, in the comfort of knowing that the chances of you committing adultery with a younger pretty woman are zero to minus zero. You’re more likely to get a heart murmur than a hot momma. And even if you never wed but lived with your lady partner for years and decide to say to her one night: “Do you think we should get married?” She’ll probably reply: “Who’d have us?”

With regards to social-standing values and professional status: The ageing heterosexual male is about as relevant or employable as a white husband in a TV commercial. However, socially and economically, older women don’t have it half as bad.

Steve Doughty wrote in the Daily Mail: “The picture of elderly men marginalised in communities dominated by women’s concerns emerged in a report sponsored by the Government’s Economic and Social Research Council. It warned they were suffering ‘in a society which measures the quality of elderly people’s lives with a feminine-ruler’.”

In his poem The Old Fools, Philip Larkin rhetorically asks what aging people think is happening to them, forgetting more and more of their life and losing control over their bodily functions, as they pee on themselves and drool with their mouth hanging open. Larkin was a pessimistic agnostic and this secular bleak poem is void of hope. He writes about the elderly in care homes: “Why aren’t they screaming?”

But growing old for either male or female is not all doom and gloom. There’s also the positive attitudes of ageing that avoid the negative stereotype. In a study published nearly two decades ago by the American Psychological Association, Yale School of Public Health professor Becca Levy and her colleagues concluded that old people with positive perceptions of aging lived an average of 7.5 years longer than those with negative images of growing older.

On the negative side, take for example the late Hollywood idol, Errol Flynn. When Flynn died in 1959 at the age of 50, his autopsy revealed he had the internal body of a 75-year-old man. Being a heavy drinker probably contributed to his condition. (He was once banned from drinking on set during a move shoot, so he injected vodka into oranges.)

Also, boyish-looking actor Tom Cruise is around the same age as grandpa-looking Spencer Tracey was when he starred in The Old Man and the Sea. So, there is some consolation for us over-55s. The Bible: ‘… We fault not; but though our outward man is wearing out, yet the inward man is renewed day by day.’ (2 Corinthians 4:16)