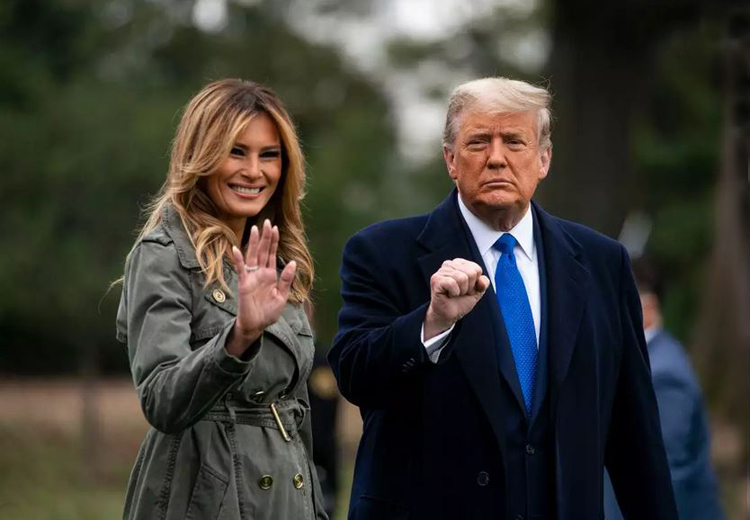 We begin with a few hackneyed clichés.

It’s déjà vu all over again. The more things change, the more they stay the same. Don’t rock the boat. Be careful what you wish for. Don’t look a gift horse in the mouth either. Time heals all wounds, so they say. Or is it time wounds all heels? It doesn’t matter. Cliché wisdom about stasis, inertia, and fear of change has gone viral. Indeed, a few days after the American mid-term elections, when asked what he plans to change, Joe Robinette replied: “Nothing!”

It’s all good. Party Woke is still in charge with clueless at the helm. The “big guy” still has a job for another two, maybe six years.

The people have spoken this year and they voted for the MOTS ticket; more of the same. Joe Biden could be the MOTS poster child, a liberal, disingenuous career politician who has never walked in his constituents shoes nor held a job in the private sector. Yet, like many things that marinate in still waters, eventually Joe Robinette bubbled to the top in 2020, like swamp gas.

If and when someone comes up with an emoji for aged, addled, pretentious, tenured mediocrity; it will look like Joe Biden.

Indeed, Biden is a real world Chance Gardiner, Jerzy Kosinski’s fictional nitwit who wore nice suits, happened to be at the right place at the right time and was mistaken for a savant. With team Biden, America seems to have voted for serial, if nor senile, failures; a bankrupt economy, normalized crime, and a sketchy, if not radioactive, foreign policy.

Joe Robinette Biden is like your wife’s first husband, pompous. arrogant, and annoying, yet now married to your sister. Like social barnacles and political parasites, family America just can’t shake the Joes. The best thing that can be said about 2022 is that we deserve the politicians we select and elect.

This is not to suggest that the outlook is any brighter on the American right. House and Senate Republicans have taken Biden’s cue and settled for stasis too; double Macs again, Kevin McCarthy and Mitch McConnell, a well-matched tribute to tenured inertia, mediocrity squared. If you listen to the Republican establishment and the likes of neo-con polemicists like Liz Cheney, Rich Lowry or Max Boot, you might believe that Donald Trump is a bigger threat to America than measles, Mecca, Moscow, and Beijing combined.

If you don’t believe that urban woke is a trickle down phenomena, look again at those images of  NYC cops taking a knee before BLM thugs during the last cross-country riot season sponsored by the blue team.

Yet, the Donald is back again, like a vampire, a candidate for 2024. Already, the DC establishment is apoplectic. The villagers inside the Beltway and urban America have been trying to put a stake thru Trump for six years, yet he still lives. Tar, feathers, pitch forks, fake news, and indictments have yet to put a chink in Trump’s armor. Indeed, in 2024 Trump will be running against the Republican right, the Democrat left, the deep state, the academy, the media, and a pervasive Beltway phantasm.

Beltway mythology suggests that rank-and-file federal and municipal employees “leave their politics at the door.” The Feds might be nonpartisan in the same sense that Twitter staffers are impartial. Voting statistics and recent activism from DC to San Francisco reveal an indelible coloring.  The great population centers are deep blue – and virulently anti-Trump. If we learned nothing from the six year jihad against Trump, we know that partisan Democrat scheming would have been impossible without collusion at the NSC, the State Department, the Intelligence Community, and the Justice Department; where behavior at the FBI, especially, literally shouts “dirty partisan cops!”

As soon as Trump announced for 2024 the other day, the Biden Justice Department predictably launched yet another special counsel investigation. Meanwhile, the Hunter Biden inquiry, larded with real corruption, after years, is still stuck in neutral. With the House of Representatives in hand, Republicans have a fourth of the political pie inside the Beltway. What they do with it is anybody’s guess.

So what is Donald Trump possibly thinking by taking on the establishment and the Beltway swamp, again?

Trump is rich, successful, and he has a beautiful, sober, uncorrupted family. Surely, Trump doesn’t need another job. And if we are honest, the former president has blown bridges, first left and then right. He doesn’t really wear red or blue livery although he could claim to be a RINO. Clearly, Trump is now some species of iconic maverick, if not designated ogre, the Don Quixote of American politics.

Yet just as certain, Trump is still a player; the most potent out-of-office political force in America. He has the juice to be a Republican spoiler in 2024, the power to get even with the neoconic right, those 2016 deniers who now believe only the vote you win is, like 2020, above reproach.

Hypocrisy and double standards are the currencies of all politics.

Running for President again could also be seen as a righteous crusade to settle scores with Beltway “Russiagate” zealots too on the American left, the deep state (nee establishment), the yet to be held unaccountable Beltway sedition demographic. Revenge is a powerful emotion in a sport where emotions trump fact and reason at every turn.

A Trump/Biden rematch in 2024 will make those Frasier/Ali bouts look like pillow fights. And another Trump win in 2024 would be poetic if not seismic déjà vu. If Ron DeSantis wants the Trumpster vote, he might want to wait until 2028.

Not to be too cynical here; surely Trump’s MAGA campaign is motivated in part by altruism and patriotism, albeit salted with more than a pinch of ego and anger. Gut level politics are driven by affection or animus, not facts or logic. Yea, if only facts, reason, and cold truth mattered; 2022 should have been a massive blue fail.

As Jack Kennedy so aptly put it, getting even is a thing in victory or defeat. The Trump constituency is probably justified to think that win or lose in 2024; a revenge tour is perfect for Donald Trump’s third and final round of American political theater.

Much of America seems to believe that street or poetic justice is the only variety of justice still available for pragmatic or common sense Americas. Alas, like boxing, politics is a blood sport fought with bare knuckled emotions.

Revenge is just another punch, another body blow.